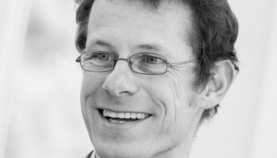 Stefan Schmidt is a German clinical psychologist and parapsychologist who has carried out research in distant interaction, telepathy and healing.

Since 2018, Stefan Schmidt has been professor for systemic family therapy at the department of psychosomatic medicine and psychotherapy at the University of Freiburg’s Medical Center. From 2010 to 2016 he was assistant professor at the Institute for Transcultural Health Studies of the European University Viadrina in Frankfurt (Oder).

From 2009 to 2011 he was Heymans Professor on Exceptional Experiences at the University for Humanistics, Utrecht, NL, a chair endowed by the Dutch SPR. He obtained his PhD from the University of Freiburg with a thesis on distant intention experiments conducted at the Institue of Frontier Sciences and Mental Hygiene (IGPP) in 2002.

Schmidt has carried out psi research, notably in the topic of remote distant interaction. He has authored meta-analyses and has published books on and other areas. His German-language book Experimentelle Parapsychologie: Eine Einführung won the 2015 Parapsychological Association Book Award.

Schmidt and colleagues ran a distant interaction experiment with the aim of increasing the size of the effect by employing experienced meditators in the ‘sending’ condition.  He selected pairs of subjects on the basis of a forced-choice test, in which one acted as ‘helper’ and the other as ‘helpee’. The task of the helpee was to focus attention on a candle and to indicate lapses in attention by pressing a button. The task of the helper was to improve the level of focus of the helpee by distant intention. The screening test failed to show any evidence of psi-functioning and neither was there any distant intention effect found in the prespecified analyses. Additionally the results in the psi-screening test were not correlated with distant influence ability. However, Schmidt found a large negative correlation between self-reported presence and frequency of exceptional experiences of the helper and the electrodermal activity of the receiver – a relationship that is hard to explain without assuming a distant interaction.1

Schmidt tested Theta healing, in which a healer and client undergo a joint meditation with the intention of synchronizing with each other. Ten healers and ten clients performed ten healing sessions while their EEGs were being measured. Opposite to expectation, Schmidt found decreases in theta band EEG in both the healer and the client. Small correlations were seen in the EEG between the client and healers, suggesting a genuine healing connection. However, the experiment did not provide support for the main claims of Theta healing.2

Schmidt conducted a meta-analysis on experiments in which a person attempts to improve the ability of a remotely located person to concentrate. Overall, 11 studies comprising 570 experimental sessions gave a small effect size (d = 0.11) that was just significant (p = 0.03).3 There was a very significant difference between studies conducted in Indonesia and the West (p = 0.001).

Schmidt attempted to replicate telephone telepathy experiments reported by Sheldrake and Smart, in which volunteers tried to determine, while the telephone is ringing, which of four possible callers is on the line.  Only the third study, carried out with a high performer from the previous experiment, produced significant results: twenty four callers were identified correctly in 60 trials  (p = 0.007).5

Schmidt and Walach reviewed empirical data from parapsychology which are in conflict with some assumptions of mainstream science: clinical and experimental effects of prayer and healing intention, data from telepathy, psychokinesis experiments and precognition, and anecdotal reports of macro-psychokinesis. They concluded that the accumulated evidence from all these domains challenge mainstream assumptions and discussed how to accept it without subscribing to alternative views of nature.6

Schmidt and Walach set up a rigidly controlled, double-blind dowsing experiment to test whether dowsers can extract information out of a system in an unconventional fashion. None of a hundred dowsers was able to distinguish between water and chemical sealed samples at above-chance levels unless instructed by a particular experimenter, when results became significant.  Unexpectedly, dowsing performance was found to be highest among those who disbelieved in the reality of paranormal phenomena. The possibility of sensory leakage having been excluded, the results suggested the existence of an experimenter psi effect.7

In a 2002 paper, Schmidt and colleagues discuss the implications of psi phenomena for theoretical development of alternative models of reality, referring to accumulated psi research data, find that the boundary between subjective and objective more porous that is commonly believed.8

Schmidt, S. (2012). Can We Help Just by Good Intentions? A Meta-Analysis of Experiments on Distant Intention Effects. Journal of Alternative and Complementary Medicine 18/6, 529-33.