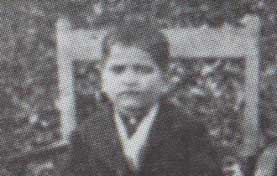 In this early twentieth-century Indian reincarnation case, the initial investigator created a written record of the child subject’s memories before attempts at verifications were made, and a second investigator followed the child’s subsequent progress until middle age.

Bishen Chand Kapoor was born on 7 February 1921 in the city of Bareilly in northern India. He was nicknamed Vishwa Nash, as his mother had visited the temple of Vishwa Nath shortly before becoming pregnant.  At ten months he began to utter a word that sounded like ‘pilvit’ or ‘pilivit’. As his speaking ability improved, he began talking about a previous life in Pilibhit, a large town about fifty kilometres distant, giving his past-life name as Laxmi Narain, along with other details.

In 1926 an account appeared in a newspaper in northern India, in which an Indian lawyer Kr Kekai Nandan Sahay described his son’s past-life memories and their verification by investigation. This prompted other people to come forward with similar accounts, some of which Sahay set out to investigate.1 One was that of Bishen Chand Kapoor.

On 29 June 1926, Sahay visited Bishen’s family and interviewed the boy, then five and a half years old, taking notes. He then persuaded Bishen’s father to take the boy to Pilibhit to try to verify the statements. The boy recognized buildings and apartments he had previously known, and his old classroom. He also recognized his previous father, Har Narain, and his previous self, Laxmi Narain, in a photograph. He demonstrated drumming skill on a pair of tablas, an instrument he had not hitherto seen.2

On 22 August Sahay took Bishen to visit Laxmi’s mother in Bareilly. She tested him with questions, a dialogue that Sahay recorded. In 1927, Sahay wrote a pamphlet which included several reincarnation cases he investigated in the course of that year, including that of Bishen Chand, whom he referred to by the pseudonym Vishwa Nath.3

Three decades later, the pioneer reincarnation researcher Ian Stevenson came across Sahay’s pamphlet and decided to investigate the case further. In 1964, he interviewed Bishen’s older brother, sister-in-law, and older sister in Bareilly, then Laxmi Narain’s cousin in Pilibhit, while his assistant in India, P Pal, interviewed Bishen’s father. Finally Stevenson had a long conversation with Bishen Chand himself in 1969, and two more in 1971 and 1974.

As he habitually did in such cases, Stevenson checked carefully whether information about Laxmi Narain could have reached Bishen Chand through normal channels. He learned that Bishen’s family had no connections with Pilibhit or the Narain family, although they had passed through the location on train journeys without stopping. An uncle of Laxmi Narain lived fairly close to Bishen Chand’s family in Bareilly, and his mother moved there also in 1926. However, Stevenson notes that neither Sahay nor Bishen Chand’s father had approached them first to verify the child’s statements, indicating that the family was not aware of their presence and that information could not have come to Bishen from them. He also points out that Bishen Chand had begun to mention Pilibhit at ten months, before he could have come into contact with people outside the family without the parents knowing.

Stevenson published the case in 1975 in the first book of his Cases of the Reincarnation Type series,4 including Sahay’s pamphlet almost in full, with explanatory annotations.

Stevenson considered this case important because statements made by the child were recorded in writing prior to verifications being attempted. He was able to acquire a great deal of information both about the previous person and about the subject’s later life and development, as Bishen was middle-aged when Stevenson investigated the case. The case also shows typical characteristics of those in which a child born into poverty recalls the life of a wealthy person.

By their accounts, Laxmi Narain was the spoiled only son of a wealthy landowner, Har Narain. He dropped out of school at seventeen or eighteen after the death of his father, having attained only sixth grade, though he continued with private education or self-instruction. Left a substantial inheritance, Laxmi Narain freely indulged his appetites for good food, fine clothes, beautiful women and drink. He worked for the railway service for an undetermined amount of time.

He never married but was possessively attached to a prostitute named Padma. When he saw another man come out of her apartment, he seized a gun from his servant and shot the man dead. He went into hiding but appears to have escaped justice mainly by means of bribes. Sahay’s report did not mention the murder but it did discuss a related lawsuit, from which Stevenson calculated that the incident occurred in 1918. Laxmi Narain moved to another town, Shahjahanapur. He died on 15 December 1918, aged 32, of fever and lung trouble, having been ill for five months.5 He had spent so much of the family’s fortune that his mother had to move in with her brother in Bareilly.

Laxmi Narain’s contemporaries reported that he was very generous; he sometimes gave his own food to beggars, and once gave a Moslem watch repairman a large sum to launch a business. He was also strongly religious, at least part-time: according to his mother he would seclude himself in his shrine-room to worship for ten to fifteen days at the start of the month, then throw himself just as passionately into debauchery for the remainder, before repeating the cycle.

A maternal uncle of Laxmi Narain told Sahay that Laxmi too had remembered a previous life, up to the age of six years, saying that he had come from Jehanabad. No attempt at verification had been made, as the parents had wished to keep his past-life memories secret.6 Many years later, Bishen Chand claimed to Stevenson that the past life he had remembered as Laxmi was that of a rajah’s son, but he no longer retained any memories of it. (Stevenson investigated three other cases of children who recalled being people in previous lives who themselves recalled previous lives: Timothy Curran, Maung Aung Myint and Mounzer Haïdar.)

By Stevenson’s count, Bishen Chand made 48 statements, 21 of which were recorded by Sahay before Bishen met relatives of Laxmi Narain. Some were slightly inaccurate: for instance he identified Har Narain, Laxmi’s father, as his uncle. Others were likely to be true, but could not be verified, while others were only partially verified, for instance that he had been treated by an Ayurvedic doctor named Hanumant Vaidya: an Ayurvedic doctor of that name was found to have worked in Shahjahanapur, but by this time was deceased.

Statements made by Bishen Chand that were verified as correct for the life of Laxmi Narain (named in Stevenson’s tabulation) included:7

Bishen made a number of recognitions, including: himself and his father in a photograph; Sunder Lal’s house; and the ruins of the house in which he had lived. Notably, he also identified a room in the house where, he claimed, Har Narain had buried some treasure. He could not indicate the precise place, but a search later unearthed a stash of gold coins.

Bishen also pointed out the houses of Lalta Prasad, a merchant, and Ismail, the watch dealer whose business he had helped start.

Between the ages of three and seven, Bishen Chand talked about his past life every day, according to his older sister. He also displayed behaviours that matched the personality of Laxmi Narain, and that were entirely inappropriate to his present circumstances. He reproached his father for his poverty, demanded money and cried when his demands were refused, derided the modesty of the house, tore off his cotton clothes and demanded ones made of silk. He once said, ‘even my servant would not take the food cooked here’. The family was strictly vegetarian, as customary for their caste, but at the age of five or six he began to ask for meat, and took to eating it secretly. When his sister caught him drinking medicinal brandy, he said, ‘I am used to drinking’.

When he was age four, his father took him on a train journey that passed by Pilibhit. When the stop was announced, he demanded to get off, saying he ‘used to live here’, and cried when denied.

Aged less than five and a half years of age, Bishen said to his father, ‘Papa, why don’t you keep a mistress? You will have great pleasure from her’. He once told a witness who asked him about his past-life wife and children: ‘I had none. I was steeped in wine and women and never thought of marrying’.

In this same period of his life, between three and seven, he would proudly relate how he murdered his rival for Padma’s favours, boasting about how family influence had spared him punishment. He was known for having a quick temper.

Bishen demonstrated some xenoglossic ability in being able to read Urdu before he was taught it, using two Urdu words in particular that were typical for upper-class residents of Pilibhit. When Laxmi Narain’s mother visited him in Bareilly, he recognized her and addressed her using the style of epithets that Laxmi Narain had used.

Bishen showed great affection to Laxmi’s mother, preferring her to his own. He often tried to persuade his father to let her live with his family, and visited often when she stayed with her brother in Bareilly. He stayed in touch with her until he was fifteen.

As a child, Bishen was visited by his past-life mistress Padma, and immediately sat in her lap. He retained old grudges, disdaining female relatives of a person he had sued, and mocking a former neighbour who had acquired the honorary title of ‘Rajah’. He not only recognized his former house, but walked in it as if it still belonged to him.

Bishen Chand began to lose his past-life memories at age seven, retaining into adulthood only the one of having committed a murder. He gradually adjusted to his current circumstances and abandoned past-life behaviours such as insisting on silken clothes. However, in middle-age he still bucked the vegetarianism of his caste, continuing to eat meat and fish outside the home. As an adult, he earned a modest living as an excise officer, dressed plainly and eschewed his past-life excesses. He retained a quick temper but was not violent and would sometimes weep in remorse for losing his temper.

At 23 years old, he happened to meet Padma at his office, and was so overcome with emotion that he fainted. That evening he went to her home with a bottle of wine, intent on renewing old pastimes. Her response was not what he wished. ‘I am an old woman like your mother’, she said, smashing the bottle. ‘Please go away. You lost everything in your previous life. Now you want to lose everything again’. He married about two years after this episode, and he and his wife were still together in his middle age.

As Bishen Chand aged, he reflected often on the contrast between his current and previous lives. He now believed that he had been born into poverty as punishment for past-life actions, especially the murder, the only incident he still recalled. In a general way he still remembered having enjoyed more freedom and pleasure in his life as Laxmi Narain, but now more with remorse than anger. At the age of 48, he desired greater material wealth only to be able to exercise generosity, and expressed a wish for superior intelligence in his next life, rather than wealth. Stevenson writes: ‘I felt myself in the presence of a person who had learned that material goods and carnal pleasures do not bring happiness’.9

Stevenson, I. (1975). Cases of the Reincarnation Type. Volume I: Ten Cases in India. Charlottesville, Virginia, USA: University Press of Virginia.