The Boy Who Came Back From Heaven (recanted NDE) 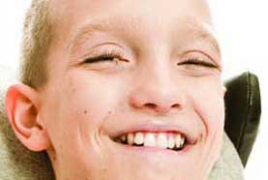 The Boy Who Came Back From Heaven is a best-selling American book purporting to describe the near-death experience of Alex Malarkey, then aged six, following a car accident. The account, which features Jesus, angels, Heaven, the Devil and other Christian motifs, was co-authored by Alex and his father. At age sixteen, Alex Malarkey recanted the story, forcing the publisher to suspend sales and bookstores to remove it from the shelves. The case has not been independently investigated: this summary is based on media claims by family members and critics.

William Alexander Malarkey, known as Alex, is the oldest of the four children of Kevin and Beth Malarkey of Huntsville, Ohio, USA. On 14 November 2004, Kevin was driving Alex home when the car, making a left turn, was struck on the side by another vehicle. The father suffered only minor injuries; the son was almost decapitated and his spine severed. He was in a coma for two months and is permanently quadriplegic.

According to Kevin’s account, the oncoming car was concealed by a dip in the road and he, speaking on his cellphone, was distracted by his son saying he was hungry from the back seat.1 According to Beth Malarkey, Alex had actually been trying to warn his father about the oncoming vehicle.2

Both parents stated that Alex began describing angels and Heaven after he awakened from the coma.  A passage attributed to him reads:

‘Five angels were carrying Daddy outside the car. Four were carrying his body, and one was supporting his neck and head. The angels were big and muscular, like wrestlers, and they had wings on their backs from their waists to their shoulders … Then I looked to the front passenger seat, and the devil was looking into my eyes. He said, “Yeah, that’s right, your daddy is dead, and it is your fault” … I went through a long, white tunnel that was very bright … Daddy was in Heaven too. The angels stayed with me so Daddy could be alone with God. Daddy had bad injuries like mine, but God was healing him in Heaven to bring glory to Himself—that’s what God told me later’.3

Alex also described Hell as being accessible through a hole from Heaven, angels frequently worshipping God on His throne, Heaven having cities that made New York look small with a skyline that was ‘awesome’,4 and Satan thus: ‘The devil’s mouth is funny looking, with only a few moldy teeth. And I’ve never noticed any ears. His body has a human form, with two bony arms and two bony legs. He has no flesh on his body, only some moldy stuff’.5

For five years the Malarkeys had no thoughts of describing this to anyone outside their community. That changed in 2009 when Alex, now eleven, gained media attention as the youngest person ever to undergo the ‘Christopher Reeves operation’ – performed by the same surgeon who had operated on the actor – to enable him to breathe without a ventilator.  A reporter suggested to Kevin that he write about Alex’s NDE, and Kevin found a literary agent, Matt Jacobson. Beth, who had become Alex’s 24-hour caretaker, felt the conversation with the agent was far too focused on money, and that she was not properly included in the consultations. Kevin Malarkey contracted with Tyndale House, a conservative Christian publisher based in Illinois. Tyndale employees interviewed Alex in the Malarkey home, repeatedly asking him about Heaven and angels, about which he became increasingly uncomfortable. Against his will6 they also interviewed him for promotional videos.7

The Malarkeys had defaulted on their mortgage payments and the contract saved them from foreclosure.8  The Boy Who Came Back From Heaven was published in 2010 and became a New York Times bestseller, selling more than a million copies in many languages. In the same year it was made into a TV documentary, produced by Tyndale and starring Malarkey family members playing themselves.9

Beth Malarkey recounted Alex’s first public attempt to denounce the book on her blog, saying he had posted the message ‘1 of the most deceptive books ever’ on a Facebook page for its fans on 6 August 2011. The comment was deleted and he was blocked.10

By this time Beth and the four children had separated from Kevin Malarkey.  She continued to complain – in comment sections on evangelical blogs and in private emails to the publisher – that Alex was being exploited. Alex is named as co-author with Kevin, and much of the book is made up of accounts supposedly written by him; however, the publishing contract was with Kevin only, and Tyndale insisted he be involved in any alterations. The publisher also told Beth that if the contract was voided, ‘the book could (and probably would) be back in print with another publisher within a few weeks’. Tyndale tried repeatedly to arrange a meeting between Kevin, Beth, Alex and their literary agent. Beth refused, citing concern for her son.11

Christian writers critiqued the book – and others describing NDEs – on Biblical grounds, saying the genre of so-called ‘Heaven Tourism’ could not present genuine accounts as they contradicted scripture. This critique is exemplified by a 2012 blogpost by Christian writer Phil Johnson, whom Beth contacted to confirm his opinion.12

In April 2014, Beth wrote on her blog that Alex ‘has not received monies from the book nor have a majority of his needs been funded by it … Alex’s name and identity are being used against his wishes … Alex has tried to publicly speak out against the book’.13

In January 2015 Alex, now sixteen, wrote a letter to the Christian website Pulpit and Pen in which he recanted his account entirely:

I did not die. I did not go to Heaven. I said I went to heaven because I thought it would get me attention. When I made the claims that I did, I had never read the Bible. People have profited from lies, and continue to. They should read the Bible, which is enough. The Bible is the only source of truth. Anything written by man cannot be infallible.14

Tyndale House announced it would cease selling the book on 16 January 2015.15 The Christian bookstore chain LifeWay announced at about the same time that it would remove it from the shelves.16 The recantation was widely reported both in international Christian and mainstream media.

Kevin Malarkey, a Christian therapist, was much sought after as a speaker after the book was published and before it was recalled.

Johnson has been quoted as saying the book was ‘a scam’, and: ‘my assessment would be that Kevin is a pathological narcissist and that he saw this as an opportunity to make a career as a sort of circuit speaker and author. This was going to be his career and he made a lot of money on it’.17

Amazon (2010). The Boy Who Came Back From Heaven: A Remarkable Account of Miracles, Angels and Life Beyond This World. [Book sales web page, 30 June, retrieved 13 April 2021.]

Collins, L. (2015). EXCLUSIVE: Father of boy who says he made up memoir of time in heaven now accused of profiting from ‘scam’ - as mother fought for years to prove book about paradise was a lie.  Daily Mail, 23 January.

Dean, M. (2015). The boy who didn’t come back from heaven: inside a bestseller’s ‘deception’. The Guardian International Edition, 21 January.

Gerencser, B. (2015). Book review: The Boy Who Came Back From Heaven. The Life and Times of Bruce Gerencser, January 17. [Weblog.]

Malarkey, K. and Malarkey, A. (2010). The Boy Who Came Back From Heaven: A Remarkable Account of Miracles, Angels and Life Beyond This World. Carol Stream, Illinois, USA: Tyndale House Publishers.

Tyndale House Publishing (2015). Tyndale’s statement regarding The Boy Who Came Back from Heaven. [Web page, 21 January.] 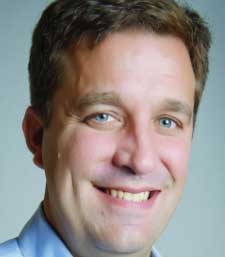 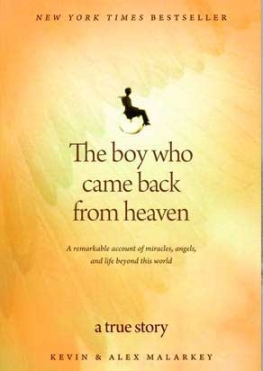