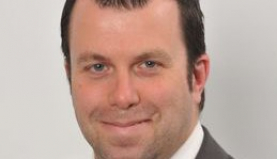 Ciaran O’Keeffe is a British applied psychologist and author, who has investigated paranormal phenomena from a sceptical perspective, notably in the Most Haunted television series.

Ciaran O’Keeffe gained a PhD in psychology at the University of Hertfordshire in 2005, supervised by Richard Wiseman, with a program assessing the content of advice given by practitioners claiming paranormal abilities. He is an associate professor at Buckinghamshire New University. He has been involved in several high-profile paranormal investigations, where his focus has been to identify normal explanations. These have included the physiological effects of low frequency sound at the Royal Festival Hall and a ghost investigation of Hampton Court Palace. He has often provided a sceptical voice in TV paranormal shows such as the popular Most Haunted series.

O’Keeffe was part of a team of academics who investigated Hampton Court Palace, reputed to be one of the most haunted places in England, where both visitor and staff members have reported paranormal experiences. He and his doctoral supervisor Richard Wiseman were keen to explore three main hypotheses for these experiences: prior belief in ghosts, suggestion and magnetic fields.  More than 600 members of the public participated, completing questionnaires measuring their belief in ghosts. Those who believed in ghosts unsurprisingly reported having experienced more unusual phenomena in the past than disbelievers, and were significantly more likely to attribute the phenomena to ghosts.

Prior to the study, half the participants were informed that there had been a recent increase in unusual phenomena (positive suggestion) while the other half were told the opposite (negative suggestion). They were then encouraged to walk around the palace and report the kind of phenomena they experienced and the location. In line with previous work, the number of reported unusual experiences showed significant associations with both a belief in ghosts and the kind of suggestions they were exposed to. The data also supported a possible relationship between locations in which participants reported their experiences and local magnetic fields.1

In 2020, O’Keeffe and colleagues published research exploring the environmental correlates of poltergeist and haunting experiences. This is an update of work published by Lange and Houran2 in 2001, providing a non-systematic but comprehensive overview and synthesis of research over two decades. Only 66 studies were found, fewer than expected. The following anomalous experiences were extracted:

It was concluded that neither in isolation or in combination did these variables provide convincing explanatory power in solving the haunting conundrum. The authors explore more holistic explanations such as the simulation theory as a more productive way to understand haunting phenomena.3

In a 2012 article O’Keeffe discussed the notorious BBC Halloween special Ghostwatch on its 20th anniversary. The programme, hosted by TV personality Michael Parkinson, was presented as a live scientific investigation of  ‘the most haunted house in Britain’, but was in fact a scripted drama played by actors. It caused significant media controversy, said to have triggered hysteria in vulnerable individuals and linked with a  suicide.

It treated the audience unfairly. It can be exciting to play on the edge of fantasy and reality, or stretch the accepted norms of television conventions, but this was neither true to its format nor fun. It was horrid to watch the distress of the girls, real or faked. I found it over-long and occasionally disgusting... The lack of adequate warnings was irresponsible.

O’Keeffe concluded that the extreme reactions from viewers were provoked by the programme’s failure to conform to previous horror genres in which the instability caused by paranormal forces is eventually removed. In Ghostwatch, the threat was continuous throughout.4

In a wide-ranging review, O’Keeffe and co-authors reviewed measurements of core ghostly experiences commonly attributed to haunts and poltergeists. The review included case analyses, surveys, controlled experiments and field studies.  Despite a lack of synthesis building on previous research, the authors found that most approaches agree on a core component of witness report experiences. To facilitate a more comprehensive and systematic approach in future investigations, they identified 28 core experiences that include subjective experiences more typical of haunts, and objective (or physical) manifestations more common to poltergeist-like disturbances.5

In a 2007 paper,6 O’Keeffe and Baker provide ethical guidelines for haunting investigations, driven by the explosion in interest from amateurs and professionals and the lack of any governing organization. These

In a 2005 paper, O’Keeffe and Wiseman reported a double blind test of mediums, which they designed to eliminate flaws they identified in previous mediumistic research, namely, sensory leakage, generality of statements and an absence of blind judging.7 Five mediums and five sitters participated.  Each medium gave a reading to a sitter, who was unknown to the medium and anyone else involved in the experiment, and located in a separate room. The transcripts were broken up and given to the sitters to try to identify which statements they considered relevant to them. The ratings were analysed but the results did not reach statistical significance. (A 2020 review of recent, methodologically rigorous tests of mediums found highly significant evidence for anomalous information.8)

Is There a Haunted Person Type?

Previous research has indicated the existence of a Haunted People Syndrome (HP-S) defined by recurrent and systematic perceptions of anomalous subjective and objective anomalies. Depending on context, these perceptions could be interpreted as spirits and the supernatural or they could morph into ‘surveillance- and stalking-’ type perceptions related to group or gangland stalking.   O’Keeffe and co-authors tested this idea by rating group-stalking experiences in published accounts by a standard measure of haunt-type anomalies. The comparison revealed significant overlap between haunting and stalking type phenomena, consistent with the idea of a HP-S construct.9

Baker, I. & O’Keeffe, C. (2007). Ethical guidelines for the investigation of haunting experiences. Journal of the Society for Psychical Research 71. 216-229.