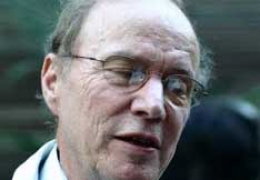 David Fontana (1934– 2010) was an academic psychologist and psi investigator whose many books covered topics such as transpersonal psychology, dreams and survival of death.

David Fontana was born in London and raised in his mother’s native Wales after the family had been bombed out of three homes during World War II. After his then compulsory two years of National Service, he studied History and English at the University of Leeds before embarking on his academic career as a teacher at Dartford Grammar School, where his pupils included Mick Jagger. He then moved up to university level, first at Leeds and Birmingham and finally taking up the post of lecturer in the Education Department of the University of Wales at Cardiff, where he completed his PhD and remained until his retirement, on which he was appointed a Distinguished Fellow. He also became a Visiting Professor at two universities in Portugal and was the first in the UK to hold such a post in Transpersonal Psychology, at Liverpool John Moores University.

In 1996, Fontana was founding Chair of the Section of Transpersonal Psychology of the British Psychological Society. He was a keynote speaker at the Section’s conference held a few weeks before his death.1

Fontana joined the SPR in 1987, and became a member of its Council five years later, serving as President from 1995 to 1998, also chairing the Survival Research Committee. He was an enthusiastic field researcher, being part of the team that investigated the activities of the Scole group and attending sixteen of its meetings in its group leader Robin Foy’s Norfolk home.2 He was also the sole investigator of an unusual case of ‘responsive’ poltergeist activity in South Wales, on which he wrote two meticulously detailed reports3 In his Presidential Address4 he lamented the near abandonment of fieldwork and collaboration with mediums in favour of laboratory studies. He was always ready to share his personal experiences with his readers, as for example in his account of anomalous incidents he witnessed in his own home shortly after the death of a friend.5

Fontana was a prolific author, his 45 books being translated into 26 languages. Their subjects ranged from educational psychology, child development and stress management to dreams, symbols, meditation, spirituality and the psychology of religion. He also wrote two books on the evidence for survival of bodily death,6 of which he had a firm personal conviction. This was reinforced by his extensive experience of investigating ‘electronic voice phenomena’ (EVP) as described in the ITC Journal, of which he was Associate Editor.

Fontana, D. (1998). Psychical research and the millennium: New light on the nature of man. (1997 Presidential address.) Proceedings of the Society for Psychical Research 58, 125-47.

Fontana, D. (2005). Is There an Afterlife? A Comprehensive Overview of the Evidence. Ropley: O Books.

Fontana, D. (2009). Life Beyond Death: What Should We Expect? London: Watkins Publishing.