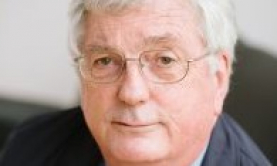 Edward Kelly is professor in the University of Virginia’s Department of Psychiatry and Neurobehavioral Sciences. His current work in parapsychology emphasizes the relationship between psi phenomena and altered states of consciousness, a theme he has recently explored in two major studies: Irreducible Mind and Beyond Physicialism.

Edward Kelly has held professorial appointments in the Department of Psychiatry and Neurobehavioral Sciences at the University of Virginia School of Medicine in Charlottesville since 2002. He is also a member of the department’s Division of Perceptual Studies (DOPS), which studies psi phenomena and post-mortem survival.

Kelly has held various conventional and parapsychological appointments, often with an emphasis on psychophysiology. He has contributed to psi research over many decades. His current work explores the mind-body relation using tools of cognitive neuroscience. This research emphasises phenomena that challenge current neuroscientific orthodoxy, such as ESP, near death experiences and mediumship. Kelly has articulated this thinking in his co-authored book Irreducible Mind published in 2007.

During the 1970s, Kelly and colleagues developed a systematic psychophysiological approach to psi research, grounded in the collection, management and statistical analysis of multichannel physiological data.1  This program, abandoned in the mid-1980s owing to lack of funding, has recently been re-established on a stronger technical foundation as part of the ongoing work of DOPS.2

Kelly compared card-guessing data collected from an exceptionally strong ESP subject with that from a parallel visual task, finding that the subject’s systematic errors in the ESP task bore a strong resemblance to those in the visual task, and that this correlation was more pronounced in high-scoring ESP runs. Kelly interpreted these results as confirming the role of involuntary visual imagery as a ‘mediating vehicle’ for this individual’s unusually strong psi performance.3

In the 1920s, researchers Heymans and Brugmans, based at the newly established Dutch Society for Psychical Research, reported high levels of success in the early stages of a clairvoyance test with a mathematics student that employed a novel and rigorous experimental design. A detailed re-evaluation of the entire dataset by Kelly and Sybo Schouten, published six decades later in the European Journal of Parapsychology, confirmed and extended the original findings.4

In 1980, in collaboration with cultural anthropologist Rafael Locke, Kelly sought to situate the study of psi in a larger historical and cross-cultural context, surveying early psychical research on hypnosis, mediumship and major religious traditions, including shamanism. Their monograph demonstrates that strong outbursts of psi do not occur randomly across space and time; rather, they conspicuously congregate in certain kinds of persons and ritual circumstances that often involve deliberate and pronounced alterations of consciousness.5 On this basis, the authors advocate that psi research be grounded in intensive longitudinal studies of persons selected for ability to enter altered states. An emphasis on studies with exceptional performers, in preference to unselected subjects, has been a central theme of Kelly’s career.6

In subsequent research, Kelly investigated the grouping of hits obtained by six high-scoring ESP subjects in forced-choice experiments, finding significant evidence of non-random grouping in five of them. Of these, four produced long strings of hits and one produced many isolated hits. Grouping effects appeared unrelated to experimental conditions such as trial length, type of feedback or the nature of the task, but rather occured in connection with psi-conducive altered states established in these special subjects.  Grouping effects accounted for much of the overall evidence for psi in these experiments.7

In 2006, Kelly, his wife Emily Williams Kelly and four co-authors published Irreducible Mind: Toward a Psychology for the 21st Century, a major work that highlights the challenge facing the reductionist worldview with regard to anomalous experiences appearing beyond the reach of conventional, physicalist explanations. The authors marshal evidence from a wide range of phenomena, including extreme psychophysical influences such as placebo effects and stigmata, and phenomena such as unexplained properties of human memory, psychological automatisms and secondary personalities, to demonstrate empirically that classical physicalism is almost certainly false.  They then move on to near-death experiences, genius-level creativity and ‘mystical’ states of consciousness, both spontaneous, resulting from intense spiritual practices, or induced by psychedelics. Throughout much of the book the authors reference the rich literature of psychical research.

The book concludes by encouraging consideration of alternative theories of consciousness, in particular the Myers/James filter-transmission model that treats mind and brain as functionally interdependent but ontologically distinct. Here, the brain is conceived as a kind of reducing valve that regulates the expression of a more comprehensive, and possibly transcendental, consciousness (the true source of mind) in the forms experienced in ordinary waking and dreaming. Disruption of the filter, for instance as a result of ingesting psychedelic plant substances, often results in subjectively dramatic expansions of consciousness.8

Subsequently, Kelly, Crabtree and Marshall produced a more theory-oriented volume, Beyond Physicalism: Toward Reconciliation of Science and Spirituality,9 in which they and a diverse group of colleagues, including physicists, philosophers and scholars of religion, seek to understand how the world must be constituted for the kinds of anomalous phenomena catalogued in Irreducible Mind to occur. A third volume, Consciousness Unbound: Liberating Mind from the Tyranny of Materialism, is currently in development.10

Kelly, E.F., Kanthamani, H., Child, I.L., and Young, F.W. (1975). On the relation between visual and ESP confusion structures in an exceptional ESP subject. Journal of the American Society for Psychical Research 69, 1-31.

Lenz, J.E., Kelly, E.F., and Artley, J.L. (1980).  A computer-based laboratory facility for the psychophysiological study of psi. Journal of the American Society for Psychical Research 74, 149-170.