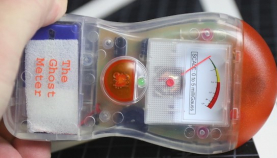 Electromagnetism may be implicated in reports of seemingly paranormal phenomena, some researchers believe.  It is also thought by some to play a role in the appearance of ghosts and spirits, and electromagnetism detection devices are popular among ghost hunters.

Exposure to certain electromagnetic frequencies has been proposed as a factor in paranormal experiences with a sensory component, such as seeing apparitions, hearing sounds or being touched. It has also been suggested that electromagnetic fields that interact with structures, appliances or naturally occurring magnetic fields may produce seemingly paranormal phenomena, including object movement, light anomalies, temperature changes and psychokinetic ‘poltergeist’ effects. Studies have been made to explore these possibilities.

All electromagnetic fields are comprised of an electric field and a magnetic field.1  These are intrinsically linked, so that any change in one must always cause a change to take place within the other. The relationship between the two was described by physicist James Clarke Maxwell in 1861 (the Maxwell Equations).2

Electromagnetic radiation is normally described in terms of frequency (expressed in units of Hertz (Hz)), wavelength (expressed in metres), or by reference to its properties (radio, light, visible etc).3 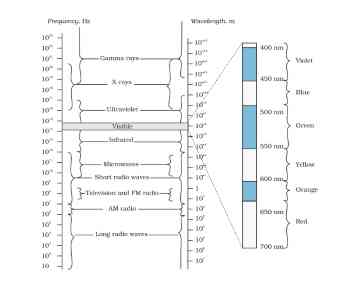 Attempting to explain the effects caused by séance mediums, some nineteenth century researchers proposed a connection with new discoveries in electromagnetism.4 In 1875, physicists Balfour Stewart and PG Tait proposed that electromagnetic forces provide a physical continuity between this world and the next.5  In 1894 sittings with the medium Eusapia Palladino, Oliver Lodge, Charles Richet and Frederic Myers used a wire apparatus to detect electromagnetic surges emanating from her body.6

Researchers theorized that radio and other electromagnetic forms may offer a means for communicating with spirits or other dimensions. For example, the Spirit Electronic Communication Society, founded in Manchester in 1949, developed devices which it claimed could be used for this purpose. The group also used devices – called Zwann Rays after their inventor, Dutch spiritualist N Zwann8 – to create an energy field that it was thought might assist spirit communications by stimulating the psychic sense. This area of research became known as Electronic Voice Phenomena (EVP). Konstantin Raudive, a Latvian, was one of many researchers who experimented with electronic communication methods based upon radio waves, testing methods such as shielding from unwanted electromagnetism by means of a Faraday cage.9

The Spiricom, a spirit communication device based on radio waves but also requiring mediumistic ability, was developed by industrialist George Meek and medium William O’Neill in the 1980s.10

As the twentieth century progressed, researchers developed ideas based on energy fields to try to explain a range of paranormal phenomena, many based upon principles of electromagnetism. Most were without substance, such as the claimed discovery of a pure magnetic current by Viennese physicist Felix Ehrenhaft, which paranormal investigator Harry Price speculated might be involved in poltergeist-type activity,11 but which was later proved not to exist.

Growing interest in electromagnetism on the part of paranormal researchers in the 1980s stemmed largely from studies carried by Michael Persinger at the Laurentian University in Ontario, Canada. Persinger considered that electromagnetism might provide sufficient energy to cause experiences such as apparitions, poltergeists, precognition and UFO encounters. He thought that extremely low frequency (<60Hz) electromagnetic fields from both natural and man-made sources might be a likely cause,12 further suggesting the study of high voltage static electric fields and geo-magnetic fields.13

Persinger’s most notable experiments involved the use of a helmet which he developed together with Stanley Koren. The device, nicknamed the ‘God Helmet’, exposed portions of the brain to complex magnetic signals of varying intensity. Exposure caused some individuals to experience physical and psychological sensations, including religious visions (some participants claimed to have seen apparitions of Christ within the experimental chamber).14

Persinger’s claims regarding the God Helmet have been frequently challenged, most notably by researchers at Upsala University, Sweden, who claimed that the reported effects could not be reproduced and attributing the effect largely to suggestibility.15

Perhaps Persinger’s most influential work in this area was his examination with Koren of an allegedly haunted property in 1996. The reported phenomena included sensed presences, intense feelings of fear, flashes of light and sensations of being touched.  The pair observed that spikes in electromagnetism appeared to coincide with increased episodes of the disturbances and traced the cause to a faulty earth in electrical wiring circuits.16

Markedly similar observations were made during an investigation at a reportedly haunted farmhouse in Cheshire, England in 2003-4. The occupants reported paranormal experiences and unusual physiological sensations, as also did investigators from Para.Science. Extremely high electromagnetic fields found in the same rooms as the reported experiences were traced to a faulty electrical supply cable, and the phenomena faded after it had been repaired.17

The Association for the Scientific Study of Anomalous Phenomena (ASSAP) carried out a study in 2004 examining links between localized electromagnetism and haunting reports at Muncaster Castle, Cumbria, UK. Using a pair of magnetometers, the team led by Jason Braithwaite and Maurice Townsend measured magnetic fields in the region of 0.1 to 30 Hz in the castle’s Tapestry Room. They concluded that ghostly occurrences reported by individuals lying on the bed were caused by interactions between the ambient electromagnetic fields and the iron bedframe.18

Other researchers carried out experiments recording the effects on participants of electromagnetic fields. A team from London’s Goldsmith’s College led by Chris French used electromagnetic coils to subject participants to controlled levels of low frequency electromagnetism within a specially constructed chamber. Although inconclusive, the team considered the case for electromagnetic involvement worthy of further investigation.20

These limited studies only appear to suggest that further, more detailed work may be productive. They have focused on the very low frequency portion of the electromagnetic spectrum, typically around or below the frequencies of the electrical supply: 60Hz in the USA and 50Hz in the UK. To date no studies have examined the involvement of higher frequencies, for example in the 2GHz-5GHz regions used by mobile communications and Wi-Fi devices, a dominant cause of most localized electromagnetism. Exposure to electromagnetic fields within these frequency ranges has been blamed by some campaigners as a cause of physiological and health problems, although this remains to be proven.21

Many investigators now routinely measure electromagnetic fields in their studies, benefiting from inexpensive EMF (Electromagnetic Field) meters that have been developed to monitor the possible health implications of exposure to mobile phone masts and other appliances22 (not be confused with ‘emf’, a physics abbreviation for electromotive force.23) Their widespread adoption has been boosted by popular television shows such as Ghost Hunters,24 each new model quickly being marketed as ghost detectors by commercial companies.25 Numerous ‘ghost meters’ are now being advertised, many of them ordinary commercial meters that have been re-branded for ghost hunting applications, such as the popular Safe Range K-II meter.26 Other devices claiming to generate a localized electromagnetic field are promoted as stimulating spiritual activity within a location.27  But there is little evidence to support these claims, and descriptions tend to lack detail, as for instance in this blurb by a group that offers courses in ghost investigation:

The EMF detector is an essential part of a ghost hunter’s toolkit. The EMF detector detects and monitors the electro-magnetic field around the device. All consumer electronics and even some battery-operated items e.g. mobile phones and walkie talkies can set off EMF detectors. It has been found that high levels of EMF or EMF spikes tend to occur at the same time and in the same location as paranormal activity.28

Ideas regarding the use of EMF devices may have arisen from misunderstandings of the studies by Persinger, Koren and other researchers, amplified by the mainstream media and ghost hunting online forums.29  Despite the extravagant claims made for them, these are mostly simple devices that provide only a basic indication of electromagnetic amplitude.30 But they remain extremely popular with ghost investigators, many of whom insist they are useful.31

A few investigators use Geiger counters to detect ionizing electromagnetic radiation,32 but to date there is no evidence to suggest that these frequencies are involved in reported paranormal experiences.

A recent idea is that a ghost or spirit may directly influence the device by increasing the surrounding electromagnetic field and using the energy thus created to convey information, by means of flashing lights, changing the tone of a speaker or moving of a meter needle. One commercially available device, the Ghost Meter Pro, has additional modes which it is claimed facilitate such communication.33

The ghost hunting community has also begun to use mobile phone apps which use built-in sensors, often including a magnetometer able to measure surrounding electromagnetic fields.34 35

It remains to be conclusively demonstrated that electromagnetism plays a role in the production of reported paranormal experiences. No study carried out to date has ever produced any evidence that ghosts or spirits can emit or manipulate electromagnetism. However, the current popularity of electromagnetic field measuring device and EMF meters among ghost hunters shows little signs of waning. A stream of new devices comes onto the market annually, each backed by unsupported claims and insubstantial evidence.

Lodge, O. (1894). ‘Experience of unusual physical phenomena occurring in the presence of an entranced person’. Proceedings of the Society for Psychical Research 2, 300-60.

Meek, G. W. (1987). After We Die, What Then? Columbus: Ariel Press. Meek also made the technical manuals for the various Spiricom devices freely available, some online: Spiricom, Technical Manual 4

Townsend, M. (2004). The Haunted Bed. Association for the Scientific Study of Anomalous Phenomena.

Wynarczyk, N. (2018). App-Aritions My horror of hearing a missing man banging on a wall when I went ghost hunting in a haunted train station – and you can do it too. The Sun Online, 31 October.