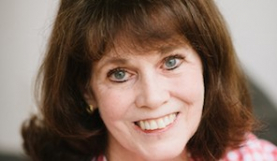 Emily Williams Kelly is a researcher at the University of Virginia’s Division of Perceptual Studies, with interests in near-death experiences, reincarnation and other phenomena suggestive of survival of consciousness after death.

Emily Williams Kelly joined the Division of Parapsychology (later renamed the Division of Perceptual Studies, or DOPS) at the University of Virginia in 1978 as Ian Stevenson’s research assistant. After completing her PhD at the University of Edinburgh under the direction of Robert Morris and John Beloff, she rejoined DOPS as research assistant professor. Her research has continued there on a wide range of topics, including near-death experiences (NDE), cases of the reincarnation type (CORT), mediumship, experiences occurring near the end of life, unusual psychophysiological phenomena, and the work of Frederic Myers.

Frederic WH Myers was a co-founder of the Society for Psychical Research in London in 1882, and one of its most active early researchers. For her PhD thesis, Kelly examined his work on experimental and spontaneous phenomena, notably apparitions, automatisms and mediumship, also his attempt to provide psychology with a theoretical framework that takes into account fundamental issues neglected by scientists in his day, in particular the relationship of mind and brain.1

Kelly’s research and writing on NDEs has focused primarily on whether NDEs provide evidence for survival after death. Medical records connected with NDE reports collected by her and DOPS colleagues have shown that, while many such experiences occur when patients are not near death, in other instances the patients suffered a documented loss of vital signs and decline in brain functioning. Patients who are really near death, as compared with those not near death, more often report enhanced mentation at a time when loss of brain function indicates mentation to have decreased or ceased altogether.2

Kelly has studied another feature of NDEs suggesting enhanced mentation, namely, the rapid revival and review of memories during a close brush with death.3

Papers co-authored by Kelly, Ian Stevenson and Bruce Greyson call attention to NDEs that include three features that, especially when taken together, suggest survival after death: again, enhanced mentation at a time when the brain is shutting down; the experience of seeing the physical body from another location in space; and perceptions of events that the patient could not have perceived or guessed normally.4

A fourth feature of NDEs suggestive of survival is the encounter with deceased persons during the experience. Comparing NDEs that have this feature with those that do not, Kelly emphasizes the methodological importance of clearly identifying competing hypotheses about a phenomenon and predicts what one would expect to find under each.5

Related to NDEs are deathbed visions and other experiences of those who die shortly thereafter.6  In another type of enhanced mentation, patients suffering from dementia or other neurologic disorders in rare cases recover mental functioning shortly before death. Kelly and co-authors reviewed the literature of such cases and reported some new ones.7 These cases add to evidence suggesting that, contrary to prevailing ideas, mental function increases as the brain shuts down.

Kelly’s work on mediumship has emphasized the importance of proxy sittings, that is, those in which the person interacting with the medium has little or no knowledge of the deceased person.8 In 2011 Kelly published the results of two proxy studies she carried out at DOPS. In the first the results were not significant, but in the second, much larger study the results were highly significant (p = 0.0001).9

With the exception of her mediumship studies, Kelly’s research has focused entirely on spontaneous experiences. She and her DOPS colleague Jim Tucker contributed a review article to the Handbook of Parapsychology (2015), discussing the importance of spontaneous cases for psi research, methods for their study, and the need to examine more types.10

Irreducible Mind (2007) grew out of a 15-year seminar at the Center for Theory and Research at the Esalen Institute, in which Kelly participated throughout.11 The volume highlights the challenge facing the reductionist world view with regard to ‘rogue’ phenomena that appear beyond the reach of conventional physicalist explanations. The authors encourage consideration of alternative theories of consciousness, in particular the Myers/James filter-transmission model that conceives the brain as a kind of reducing valve regulating the expression of a more comprehensive consciousness in response to the demands of the organism’s environment, which, when disrupted, may lead to anomalous experiences.

Kelly contributed chapters on Frederic Myers, whose empirical and theoretical work was the main inspiration for the voolume; on psychophysiological phenomena suggesting the influence of mind on physiological processes, such as placebo effects, stigmata, and effects of hypnotic suggestion; and on NDEs and related phenomena.

Science, the Self, and Survival after Death

Science, the Self, and Survival after Death: Selected Writings of Ian Stevenson (2013), edited by Kelly, shows the depth and breadth of Stevenson’s research activities. These extended far beyond cases of the reincarnation type for which he is best known, encompassing apparitions, mediumship, out-of-body experiences, NDEs, psychosomatic medicine, psychedelic drugs, and various kinds of psi.

Kelly contributed to Mind Beyond Brain (2018), which refocuses the Buddhism/science dialogue on aspects of Buddhism that challenge contemporary mainstream physicalist views, building on work done at DOPS. Kelly’s chapter describes her research on mediumship, apparitions, and deathbed phenomena.

Cook [Kelly], E.W., Greyson, B., Stevenson, I. (1998). Do any near-death experiences provide evidence for the survival of human personality after death? Relevant features and illustrative case reports. Journal of Scientific Exploration 12, 377-406.

Kelly, E.W., Arcangel, D. (2011). An investigation of mediums who claim to give information about deceased persons.  Journal of Nervous and Mental Disease 199, 11-17.