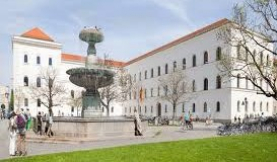 The Emotion and Motivation Laboratory is based in the Ludwig Maximilian University of Munich, directed by psychology professor Markus Maier. The lab carried out successful replications of Daryl Bem’s retroactive facilitation experiments in 2014, since when it has conducted other parapsychological research, mainly in relation to psychokinesis.

Maier’s psychology research centres on understanding unconscious emotional and motivational processes and their impact on behaviour planning and decision making. Within this broad framework he is currently working on experimental tests of the Pauli-Jung model (PJM), a theory relating the duality of mind and matter to a common ground, the unus mundus. This dual-aspect monism theory provides an alternative to purely physicalist models of mind matter interactions. Mathematical formulations of the PJM are the Generalized Quantum Theory and the Model of Pragmatic Information, which both play a major role in his research.

In 2014, Maier reported replications of Daryl Bem’s implicit precognition experiments.1  Seven experiments tested whether negative stimuli presented in the future could result in an unconscious avoidance reaction in the present. Most experiments found evidence of retroactive influences, supporting Bem’s findings. Across the seven studies participants unconsciously avoided negative future outcomes, with a mean effect size similar to that found by other researchers. The experimenters discuss these findings with regard to quantum models of the mind.

In a 2020 publication, Maier and colleagues reported a preregistered multi-lab replication of Maier’s 2014 experiment 4.2 The study started in 2013 and ended in 2019. The same design was used as previously, including a sophisticated quantum-based random number generator. The experiment gave evidence for the null hypothesis, an absence of any precognitive avoidance effect (Bayes Factor = 4.38 moderate level evidence).

Given the failure of this well-conducted replication, the validity of the original findings is questioned. Temporal change analyses performed on a post-hoc basis provided significant evidence for non-random oscillations of the retroactive avoidance effect across time, which is in line with the propositions derived from the Model of Pragmatic information. These exploratory analyses of temporal effects in the data, performed on a post-hoc basis, might guide future research in this area. Specifically, the temporal change analysis might help to distinguish false-positive results from true decline effects that otherwise appear phenomenologically identical.

In a large study reported in 2018, Maier and Dechamps described testing thousands of participants with the aim of providing clear-cut evidence for or against the existence of micro-PK.3 An online experiment with 12,571 participants was conducted. Participants first listened to relaxing music in order to induce a positive mood before being presented with negative or positive image,  the sequence determined by a random number generator. It was predicted that more positive pictures would be presented than chance. A Bayesian analysis (a statistical method that takes prior probabilities into account) carried out by Maier, Dechamps and Pflitsch revealed strong evidence for the null hypothesis H0 (BF01 = 10.07), indicating an absence of micro-PK in these data. However, closer inspection of the temporal change of the effect (how the effect modulated over time) suggested a non-random oscillative structure similar to that seen in the smoker study. Comparison with simulated random data revealed a marginally higher frequency in the experimental portion.

Moritz Dechamps was awarded a PhD in 2019 with a thesis entitled:  Mind Matter Interactions and Their Reproducibility.4  Together with Maier, Dechamps is investigating quantum-based models of consciousness and the relationship between mind, time and matter, which broadly overlaps with the micro-PK paradigm in parapsychology.

In 2019, Maier and Dechamps published the results of three studies that used smoking-related stimuli to elicit psychokinetic (PK) responses among 500 smokers and non-smokers.5 In the first study, with 297 participants, they found a strong initial PK effect followed by a strong decline, as predicted by some theories that connect parapsychology to physics. A recovery in PK performance subsequently occurred during the second study, giving an oscillatory effect across all three studies and all 500 participants.

Significantly, the authors predicted this oscillatory pattern from previous experimental results and theoretical development. They explain the pattern in entropic terms: PK ordering results in a loss of entropy which must be balanced later by a fall in PK performance. A recovery in PK scoring then occurs as the system allows for order to be injected again.

In the third study, carried out with 203 participants, Dechamps and Maier predicted not only the continuation of the oscillatory pattern, as described above, but also an approximate PK scoring value based on the oscillation curve. Both predictions were confirmed; however, a comparison with 10,000 simulated random data sets for three measures – an area-under-the-curve analysis, a local maximum fit test, and an endpoint fit test – showed non-significant results.

Further exploratory analyses – including analysis of the highest-reached Bayes Factor (BF) over the course of the experiments, the overall orientation of the BF curve, and its transformation into oscillatory components via a Fourier analysis – showed significant differences between experimental and simulated data. This supports the approach of analysing the temporal development of the PK effect rather than just the terminal value – an approach which, Dechamps argues, more parapsychology programs should adopt.

A report submitted in December 2020 by Dechamps, Maier, Pflitsch and Duggan describes the influence of subliminal priming on PK expression.6 Four experiments are detailed. In the first experiment, 4,092 participants, recruited online, were presented with 40 positive or negative images, the sequence determined by a quantum random number generator. For experimental primes, before image presentation, a series of three subliminal images are flashed to the subject. The first image, a 50:50 jumbled composite of an equivalent positive and negative picture (for example, an aggressive dog and a polite dog), the second image, a 60:40 composite, and the third image, a 70:30 composite. In this way the positive or negative picture becomes more dominant during the priming sequence and should be more strongly activated in the subject’s unconscious mind. For control primes, only a 50:50 image was delivered before the randomly determined positive or negative picture.  Results were strongly in favour of a micro-Pk effect caused by subliminal priming on picture selection (Bayes Factor 13.35). Control primes showed no PK influence (Bayes Factor 4.19).

Experiment 2 was an exact replication of Experiment 1 with 2,098 participants. Here, results were well within chance levels. In a post hoc analysis, data from experiment 1 and 2 were combined to examine temporal evolutionary changes that have been found previously. All three temporal measures fell within the top 3% of control data generated from 10,000 simulations, giving strong evidence for anomalous structure across the first two studies combined.

Experiment 3 gave null results only. Experiment 4 gave null results for the experimental condition but interestingly, the control condition was significant (p = 0.01), suggesting a possible displacement effect from experimental to control condition. None of the temporal measures for experiment 3 and 4 were significant. It was concluded that the initially strong results in experiment 1 were not replicated in this series. Given the methodological rigour of the first experiment, the authors suggest the ubiquitous decline effect is responsible for the lack of replication and draw upon emerging theories overlapping parapsychology and physics.

Dechamps continues to probe the theoretical basis for PK. A recent mini-review found interesting patterns of evidence across 32 experiments including clear differences in the temporal evolution of the effects compared to simulated control data.7

Marissa Jakob is a PhD student examining the role of unconscious needs on PK performance.

In a report published in 2020, Jakob, Dechamps and Maier report on the effect of subconscious motivational drives on the output of a quantum random number generator (QRNG).9 Three core psychological needs (attachment, self-esteem protection and control) were measured in 318 participants. Subjects were presented with visual stimuli designed to trigger each of these three needs, the stimuli sequence being determined by the QRNG. Attachment and control needs stimuli produced chance deviations, but self-esteem protection stimuli were significantly deviated by a subset of participants predicted in advance to achieve this (p = 0.02). This group also produced an oscillation over time, reaching very high deviations from chance and then declining.

The second experiment followed this group to determine whether the oscillation effect continued for the self-esteem stimuli. This proved to be the case, reaching a Bayes Factor of 10.72 (strong evidence) before declining to a Bayes Factor of 2.24, the level of anecdotal evidence but significant when measured with regular frequentist statistics (p = 0.03).  Post hoc comparisons of three temporal measures with 10,000 simulations indicated that the data for the selected group significantly deviated from chance fluctuations.

It was concluded that subconscious beliefs can manifest through volatile yet statistically detectable deviations from quantum randomness.

Dechamps, M., Maier, M. (2019). How Smokers Change Their World and How the World Responds: Testing the Oscillatory Nature of Micro-Psychokinetic Observer Effects on Addiction-Related Stimuli. Journal of Scientific Exploration 33, 406-434.