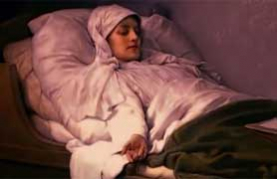 Early description of deathbed psychic phenomena published in 1923 by Ernesto Bozzano, a prominent Italian researcher. This article cites some of the experiences it contains, and describes Bozzano's ideas.

One of the most interesting of the early books devoted to psychic phenomena related to death is Phénomènes Psychiques au Moment de la Mort (Psychic Phenomena at the Moment of Death).1 Authored by Italian student of psychic phenomena Ernesto Bozzano, the book was published in 1923, and included three previously published studies of specific phenomena. In these studies Bozzano presented many cases drawn from published sources, mainly spiritualist/spiritist and psychical research literatures, and classified the cases in various groups.

The first was ‘apparitions of the deceased in deathbeds’. This presented cases of deathbed visions, or visions seen by dying persons, and, in some cases, by individuals around the dying person. The cases were organized in six groups:

One case in the first group concerned the death of a man called Lloyd Ellis, and included, in addition to the vision, a prediction of time of death. It is cited here from the original source in English used by the author:

Lying in an apparent sleep one night… he woke up suddenly and asked his mother—‘Where is my father?’ She answered him, tearfully, ‘Lloyd dear, you know your dear father is dead. He has been dead for more than a year now.’ ‘Is he?’ he asked, incredulously. ‘Why! he was in the room just now, and I have an appointment with him, three o'clock next Wednesday.’ And Lloyd Ellis died at three o'clock on the following Wednesday morning.2

Several of the cases presented had veridical aspects, that is, they had information that could be verified, such as those cases in which the dying individual saw someone he or she did not know had died. The following, cited by Bozzano, is taken from the original English-language source, the Proceedings of the Society for Psychical Research. A lady named Harriet H Ogle wrote as follows:

My brother, John Alkin Ogle, died at Leeds, July 17th, 1879. About an hour before he expired he saw his brother, who had died about 16 years before, and looking up with fixed interest, said, ‘Joe! Joe!’ and immediately after exclaimed with ardent surprise, ‘George Hanley!’ My mother, who had come from Melbourne, a distance of about 40 miles, where George Hanley resided, was astonished at this, and said, ‘How strange he should see George Hanley. He died only 10 days ago!’ Then, turning to my sister-in-law, asked if anybody had told John of George Hanley's death. She said, ‘No one,’ and my mother was the only person present who was aware of the fact. I was present and witnessed this.3

Bozzano did not think that cases of this sort could be explained via telepathy (that is, that the dying person perceived a person’s death via telepathy and manifested such knowledge via a hallucination.) He believed that in certain experiences – where the involvement of a telepathic agent other than the person who had died was assumed – there was no emotional rapport between the persons concerned, which Bozzano considered a necessary prerequisite for the occurrence of telepathy. In addition, he argued that such telepathy was improbable because ‘in nearly all spontaneous telepathic phenomena the agent transmits to the percipient the hallucinatory vision of their own person, and not that of another person…’4

In another case, a man present at the death of his wife stated that he saw apparitions around her, and also saw her ‘astral body’ hovering over her physical form – a case which Bozzano called one of  ‘fluidic doubling’. One of the apparitions was of a woman wearing a crown and dressed in Greek attire, which seemed to Bozzano to be a symbolic representation, causing him to speculate about its origin. Was it an imaginal creation of the percipient or a symbolic telepathic message sent by a spirit? Such an idea was not unknown, he considered: there were cases in the psychic literature of symbolic telepathic experiences and of premonitions, of possible spiritual origin.

Bozzano also presented a second hand case narrated in the first person (taken here from the original source). Two sisters were attending the deathbed of a third sister (Charlotte), and they saw two brothers who had died a while back:

I saw a golden light above Charlotte’s bed, and within the light were enfolded two Cherub’s faces gazing intently upon her… I put my hand across the bed to Susanna, and I only said this word: “Susanna, look up!” She did so, and at one her counternance changed. “Oh Emmeline,” she said, “they are William and John.” Then both of us watched on till all faded away like a washed-out picture; and in a few hours Charlotte died…6

Discussing hallucinations, the author wrote that ‘if the phenomena in question have as a cause the thoughts of the moribund… the dying person… should perceive more frequently hallucinatory forms representing living persons’.7 But he stated that this was not the case. Furthermore, in most telepathic hallucinations the figure seen is that of the emissor, the agent, while in deathbed cases the figure of a third individual is perceived, in Bozzano’s view a weakness of the telepathic explanation.

The next study in the book concerned psychokinetic phenomena related to death events). Bozzano gave 13 accounts: of falling objects (7 cases), clocks starting or stopping (3), objects that were shaken (1), objects that broke (1), and lights that turned on (1).

In Bozzano’s view, no physical explanation could account for cases in which the dying person and the physical event were distant from each other. Instead, he postulated the presence of a deceased person at the location of the physical disturbance took place, and pointed in certain cases to apparent intention on the part of this person.

Bozzano also presented a case he received second hand from a frequent correspondent, named Vera Kunzler. The account is from the translation of the original French source cited by Bozzano:

At the beginning of the year 1917 my aunt, Madame Pauline Riesbeck, had a husband in the army, but, since he was over forty, they thought that he was in the rear line of battle, and, in consequence, she was not anxious about him. The morning of February 12th my aunt went into her room, about half-past ten, to look for something. At the exact moment when she stepped over the threshold of the door the portrait of her husband, a large one which showed him in military costume, detached itself from the wall, fell, and slid over the floor to her feet. When the nail and the cord which had held up the frame were examined, they were found to be intact…

My aunt, convinced that a misfortune had occurred, put a cross, in red, against this date on her calendar, and waited three weeks for news of her husband. Toward the beginning of March she learned that my uncle, Monsieur Adolphe Riesbeck, had died on the "field of honor" (as they say) from a bullet that struck him in the head, the morning of February 12th, about half-past ten.8

In a case cited by Bozzano (taken from the original source), music was related to an apparition:

In October, 1879, I was staying at Bishopthorpe, near York, with the Archbishop of York. I was sleeping with Miss Z. T., when I suddenly saw a white figure fly through the room from the door to the window. It was only a shadowy form and passed in a moment. I felt utterly terrified, and called out at once, “Did you see that ?” and at the same time Miss Z. T. exclaimed, “Did you hear that?” Then, I said, instantly, “I saw an angel fly through the room,” and she said, “I heard an angel singing”.9

For Bozzano, such differences were due to ‘two simultaneous supernormal manifestations that, due to the special idiosyncracies of the percipients, were perceived separately’.10

In his view, collective musical experiences could not be explained in terms of suggestion or hallucinations on the part of the experiencers. With regard to the idea of telepathic hallucinations, Bozzano noted many cases in which the dying person ‘did not participate in the collective hearing of transcendental music, which excludes all possibility of explaining the facts assuming a hallucination having its origin in the mentality of the dying person’.11

In Bozzano’s view the cases presented in the book could be best explained via discarnate agency. In some instances, he noted, the percipients voiced doubts about having heard the music as soon as it stopped, at which it resumed, an apparent sign of intention to convey that a spirit was trying to communicate.

Bozzano’s approach is further illustrated by this statement concluding the first study:

Let us… resign ourselves to studying for a long time the metapsychic manifestations by accumulating the facts, classifying them, comparing and analyzing them, in order to discover their relations, and to grasp the laws which govern them; in this way we will really do the work of science.12

The book was not discussed in the publications of the Society for Psychical Research, and only received a brief note in the Italian publication Luce e Ombra, in which there was no attempt to evaluate the work.13 But it received attention in other forums.

In Germany Josef Peter14 stated that while many will not believe in Bozzano’s ideas, others would perhaps find that the usual scientific explanations are not enough to account for the phenomena. Spirit agency, Peter believed, may end offering the best explanation.

In France, René Sudre15 argued that some cases of deathbed visions could be hallucinatory. Contrary to Bozzano he believed that veridical experiences could be explained via the psychic powers of the subconscious mind of the dying person. In his view the existence of discarnate agents had not been demonstrated.

The book was also commented by Stanley de Brath in the Journal of the American Society for Psychical Research. The reviewer said that Bozzano had raised psychic phenomena ‘to the dignity of a science… which… differs from all other sciences by the fact that it deals with “intelligent forces” and with phenomena that under several aspects transcend time and space’.16

Although the book has been cited by later students of death phenomena, it does not seems to be widely known today, particularly to English language writers discussing the topic, and the wider issue of phenomena suggestive of survival of death.17

Interestingly, Bozzano had a tendency to revise his monographs over the years, adding more cases to them. This was the case with the studies summarized here. They were published in later years as Musica Trascendentale,18 Le Visioni dei Morenti,19and La Psiche Domina la Materia.20 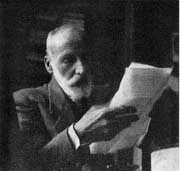