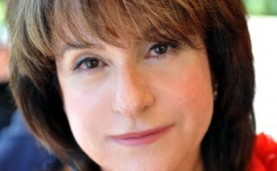 Fotini Pallikari is a physicist, associate professor (retired) of the Solid State Physics Section at the National and Kapodistrian University of Athens. Her research interests fall within laser spectroscopy, materials science, multifractal analysis of complex processes, foundations of quantum theory and psychical research.

For about ten years following the completion of her postgraduate studies, she collaborated as visiting scholar with the physics and chemistry departments of Manchester University, carrying out research in laser spectroscopy and polymer physics. During a sabbatical in 1991 she spent one year as research fellow at the Cavendish Laboratory of Cambridge University UK, under the Perrott-Warrick research fund in psychical phenomena.

Between 1990 and 1994, she coordinated a series of five ‘Science and Consciousness’ Symposia initiated by the non-governmental organization of the UN ‘Brahma Kumaris World Spiritual University’. Symposia held in Greece and Mexico invited over 200 eminent scientists from around the world, many of them professional parapsychologists, to clarify questions related to the nature of consciousness, spirituality and life.

Pallikari has supervised graduate and postgraduate student theses in condensed matter physics and has published her research in recognized physics and chemistry scientific journals as well as in major parapsychology journals.

Intrigued by the phenomenon of telepathy, Pallikari obtained in 1991 the Perrott-Warrick research studentship to collaborate with professor Brian Josephson as Trinity College Fellow in Cambridge UK within the scheme of the Mind-Matter Unification Project. Her collaborative work aimed towards an understanding of the nature of psychic phenomena, particularly telepathy and psychokinesis.

She visited physicist Helmut Schmidt at the Mind Science Foundation (MSF) in San Antonio, Texas USA to explore the phenomenon of micro psychokinesis (micro-PK) with electronic random number generators (RNGs) built by him. These tests aimed to investigate the hypothesis whether thought alone could affect the RNG outcome. At the MSF she collaborated with psychologists William Braud and Marilyn Schlitz.

A product of her collaborative work in Cambridge was a paper published in the Foundations of Physics exploring possible mechanisms behind psi functioning and telepathy in particular.2 The paper proposed that biosystems, unlike physical systems, might possess a more discriminative knowledge of nature than is obtainable by quantum measurement performed in formal apparatuses.

Calculations using the formal apparatus of quantum theory show that any nonlocal connections will be purely random and thus unusable. Yet, while nonlocal effects invariably disappear under statistical averaging by a formal apparatus, life may apply a higher degree of discrimination, or focused probability distributions, other than what is relevant to quantum mechanical predictions. The paper further suggested that what seems to be noise to a formal measuring apparatus may no longer be noise to biosystems.

Pallikari approached the question whether thought can have a direct nonlocal effect on physical reality through both experiment and theoretical analysis. First, she carried out small size RNG-micro-PK experiments. Later she applied mathematical tools to analyze micro-PK data sequences collected by other experimenters, namely, the fBm analysis3 and the Markovian model of correlated data.4 The fractional Brownian motion analysis (fBm) can detect characteristic deviations from random behaviour in RNGs. The Markovian mathematical description that Pallikari developed and applied on the funnel plot of micro-PK-true-RNG database revealed that biases tainted the data. So introducing correcting statistical estimates was risky.

Through these mathematical tools, she obtained a qualitative description of the biasing mechanism in the 30-year-old micro-PK-true-RNG database. Markovian mathematics on the funnel plot revealed that the average of the micro-PK true RNG database was chance.

The experimental protocol that Pallikari followed in her first micro-PK tests with the electronic RNG Schmidt machine was the following. Each participant (a) attempted to mentally-affect the RNG outcome over 10 consecutive trials, followed (b) by another 10 trials in absence of conscious intent to mentally-influence the random process.

An interesting trend emerged from these tests: the collective deviation from the mean of the ‘intention data’ remained persistently positive as the size of dataset increased, while the collective deviation from the mean of the no-intention data, remained persistently negative with increasing size of dataset. Occasionally, the score of ‘intention’ data became statistically significant and the score of ‘no-intention’ data became statistically significant too, yet in the opposite direction. Overall, the score of all the data merged together, intention and no-intention, remained within chance. Pallikari presented the result at the 1993 Parapsychological Convention, naming the observation as the micro-PK ‘balancing effect’, since the two datasets were balancing their averages about chance.5

Unknown to her, the Schmidt RNG machine was operating on a dual mode, combining true random electronic data with prerecorded data, according to Schmidt’s running tests at that time. After her year in Cambridge she continued experimenting with a different Schmidt RNG machine, but the balancing effect did not appear in the new data.6 Other experimenters have nevertheless reported its observation in their experiments.7

Analysis was made of data sequences of numbers generated by electronic RNGs according to three different conditions characteristic of the ‘state of mind’ of participants and the duration of data sampling, as follows:

2. ‘control’ data, which were supposed to be identical in sampling duration and in number with each of the ‘experimental’ tests of the day. However, for practical reasons these were collected at the end of the day to equal the number of ‘experimental’ data generated on the same day. The purpose of control data was to investigate the behavior of RNG sequences where no conscious wish towards a certain outcome was ‘imposed’ during their generation. Merged short control data sequences made the longer ‘control’ data sequence from the FAMMI group. Obviously, experimental and control data sequences carried the same length.

3. ‘calibration’ data sequences consisting of RNG numbers generated uninterruptedly for a much longer time, for instance through continuous RNG operation for a whole day. These were much longer than the experimental and control data sequences. Their purpose was to test the RNG machine for the appropriateness of its random process. Several RNG machines were available for use in the FAMMI group.

Pallikari attempted an interpretation of the micro-PK mechanism based on her experimental and theoretical analysis of micro-PK data. If the presumed ‘intention’ and ‘no-intention’ experimental conditions introduced during the tests were either not revealed or considered irrelevant, the investigator might conclude that

(a) The balancing effect was just a fluke of statistical behavior within a small database, or even in a larger micro-PK-true-RNGs database,8 necessary to render the mean within chance.

The application of mathematical tools on the micro-PK-true-RNG funnel plot indicated that each point (experimental result) plotted on it was in general terms influenced by the previously reported experimental result, a not uncommon occurrence in scientific research. Pallikari concluded that there is no evidence to support the micro-PK hypothesis, that is, the hypothesis of the meanshift.

Pallikari frequently publishes online articles related to the history of Greek parapsychology, which was active between 1923 to 1958.9 These articles provide historical records of the life, work and personality of Angelos Tanagras, the late president of the Greek Society of Psychical Research whose autobiography she published in Greek in 2016.10 In 2017 she published a book of articles in English on Tanagras and on her personal research.11

Pallikari-Viras, F. (1997). Further evidence for a statistical balancing in probabilistic systems influenced by the anomalous effect of conscious intention. Journal of the Society for Psychical Research 62, 114-137.

Pallikari, F. (1998b). Application of Alternative Mathematical Models on PK-REG Data: A Study of the fractal Character in Records of PK Data. Project Report.

Pallikari, F. (2003). Must the ‘magic’ of psychokinesis hinder precise scientific measurement? Published in Journal of Consciousness Studies 10/6-7, 199-219, & in Psi Wars: Getting to Grips with the Paranormal (eds. J. Alcock, J. Burns, A. Freeman).

Pallikari, F. (2004). On the false hypothesis of psi-mediated shift of statistical average in tests with random number generators. 47th Proceeding of the Parapsychological Association Convention, 157.

Pallikari, F. (2016a). Towards an Understanding of Psychokinetic Effects -The Balancing Effect in Brain-Machine Interaction. Transcript of invited lecture at http://users.uoa.gr/~fpallik/transcriptV2016.pdf.