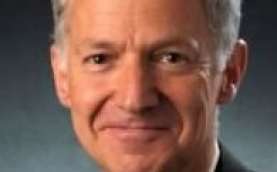 Garret Moddel, a quantum engineer at the University of Colarado, has carried out experiments in applied psi and remote viewing.

Garret Moddel gained a degree in electrical engineering at Stanford University and a PhD in applied physics from Harvard University.  After doing post-doctoral work at Harvard he accepted a position at the University of Colorado, eventually becoming professor in the department of electrical, computer, and energy engineering.

Moddel became interested in psi phenomena following a sabbatical in 2000 when a colleague introduced him to the scientific literature. He continues to be active in the field, continuing with applied psi research alongside his mainstream activity of quantum engineering. 1 His Edges of Science course for undergraduates includes student projects in parapsychology.

Moddel has proposed the concept of ‘psibotics’, in which an automated machine or robot can be controlled by our intentions.2  He speculates that psychically-driven robots might carry out numerous functions at otherwise impossible speeds and scales of complexity. Pre-psibot systems might influence the result of a coin flip, dice throws, and the output of an electronic random number generator (RNG). Recently, Moddel has reinvented his psi-research program to reflect this new interest.3

Examples of early psibot systems include

Retroactive influence on a digital system

Retrocausation – the hypothesis that events can precede their cause so that a future event can influence activity in the present – has some limited support from mainstream physics in experiments with human observers. Moddel wanted to extend approaches used in human experiments to inanimate systems, carrying out a study in which a random‐event generator (designated ‘controller-RNG’) was used to turn off a second similar device (‘subject‐RNG’) at random times. The output of the subject‐RNG was stored until the run was over as determined by the controller-RNG, usually after several hundred trials. Examination of the subject-RNG data disclosed something very unusual: a second prior to the termination of the run, the subject-RNG behaved non-randomly, of the order of 1 bit 40, a hugely significant result (p = 10 x 10-6). Moddel hypothesized that the subject-RNG somehow responded to a randomly determined future event – that of being switched off.

This might have formed the basis of an easily repeatable psi experiment with a huge effect size. But three separate attempts to replicate the effect failed, indicating that additional uncontrolled variables that have to be taken into account, in particular the motivation and enthusiasm of the experimenters. Moddel hypothesized that the initial excitement created a powerful initial experimenter effect that did not occur again. But whether caused by experimenter psi or machine ‘presentiment’ of its future state, a retroactive influence was clearly in evidence.4

With E. Maddocks, Moddel combined the approaches of remote viewing and RNG-PK research, asking student volunteers to try to remote view the contents of remotely-located target pictures sealed in envelopes while a random number generator was operating in the same room. The digital output of the RNG was converted into a raster image that was used later during the judging process. Here, the experimenters were given a set of five images – the target and four decoys – and asked to rank them according to how closely they resembled the machine-created image (a chance result would be 20%).  The data was collected from two separate groups: the first generated 60 trials and produced statistically significant evidence of PK mediated remote viewing ability (p = 0.01).  The second group produced 128 trials with a marginally significant result (p = 0.05). Moddel concluded that the results provided evidence that remote viewing information can be captured by a non-living system and bias its operation in a meaningful and usable fashion.5

In a study of applied psi, Moddel and colleagues arranged for ten inexperienced remote viewers to attempt to predict the outcome of the Dow Jones Industrial Average using a technique known as Associative Remote viewing. Volunteers were asked to describe their visualizations during a five-minute ‘receiving’ period.  These descriptions were blind judged against the two possible picture targets, the most similar picture being chosen as the target for that session. A coin toss then determined which image would represent the Dow Jones market moving upward and which image would determine the market moving downward. The direction corresponding to the correctly chosen target would be used to predict the stock market determine the way money was invested. Overall findings were statistically significant with 6 out 7 trial hits. This resulted in correctly predicting the behaviour of the stock market to achieve a potential profit of $16,000, although none was actually gained because of timing issues.6

Moddel tested the effect of belief (sheep-goat effect) on an ESP clairvoyance task.  Study participants were asked to guess hidden symbols on Zener cards, first stating whether they believed in the existence of psi and then being exposed to arguments that were either supportive or contradictory of psi. The participants completed 100 guesses. Those who had heard pro-psi arguments did well (p-= 0.028). Believers and non-believers given anti-psi arguments performed at chance. Moddel viewed this as evidence that successful psi performance is based on belief in psi, rather than belief originating from a combination of psychic ability and experience.7

Moddel. G. (2008). Can you still win yesterday’s lottery? or, Retrocausation: is it compatible with known physics? Proceedings of the Annual Meeting of the Society for Scientific Exploration, June 27-29, Boulder, CO.

Moddel, G. (2018).  An Introduction to Psibotics. Proceedings of the Annual Meeting of the Society for Scientific Exploration, and the International Remote Viewing Association, June 6-10, Las Vegas, NV.