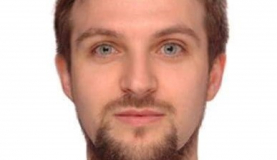 Glenn Hitchman is a psychologist and parapsychologist based at the University of Northampton. His research has focused on implicit precognition, morphic fields and the use of floatation tanks to induce psi-conducive states.

Hitchman has been involved in a wide variety of collaborative research projects; however, his main specialisms are in parapsychology and individual differences. He currently leads the Exceptional Experiences and Consciousness Studies research group in the University of Northampton’s Centre for Psychology and Social Sciences.

Much of Hitchman’s psi work has focused on implicit non-intentional precognition, where unconscious drives influence performance on psi tasks. One study investigated how latent inhibition (ability to filter out irrelevant extraneous stimuli) may predict an individual’s sensitivity to psi stimuli.  Fifty participants completed auditory discrimination tests to measure their latent inhibition, along with binary precognition tests camouflaged as non-psi tasks. The experiment narrowly failed to reach statistical significance (p = 0.06), but the effect size (0.23) was close to that found in similar work. It was also found that latent inhibition was unrelated to precognition performance.1

In another study, a similar non-intentional psi task found a small non-significant psi effect overall; however, there significant correlations were observed between relaxation, perceptions of positive interactions with the experimenter and psi performance.2

The noise reduction model has been extensively used in parapsychology, notably in ganzfeld telepathy experiments, where sensory stimulation is reduced to a minimum with the intention of creating a psi-conducive inner mental state. Hitchman and colleagues have investigated the use of floatation tanks as an alternative approach for this purpose. Floatation tanks have been used since the 1950s to as a means to induce profound changes in consciousness, but have hitherto been neglected by parapsychologists.

Hitchman took part in a pilot study in which colleagues David Saunders and Callum Cooper acted as ‘sender’ and ‘receiver’ respectively, while he acted as independent judge. Twelve trials were carried out, incorporating video clips as target material. After each session Cooper attempted to judge his own mentations against the target and decoy clips in a blinded fashion. At the conclusion of the experiment the reports were handed to Hitchman who tried to match them to the targets. Both receiver and judge scored well within chance. However, the main goal was achieved, to learning about the practicalities of such an approach, while several high-quality qualitative correspondences provided motivation for a larger study.3

Hitchman and Roe carried out a failed attempt4 to replicate an earlier successful experiment by Robbins and Roe5 testing Sheldrake’s theory of morphic resonance (in which patterns of behaviour are shared by members of a group or species through a shared morphic field). In this study, 101 participants were exposed to eight genuine Chinese characters and eight imitative characters in a randomized order, and then identified any characters they could remember in a sheet consisting of those symbols among a number of decoys. Overall, the participants failed to recognize more of the genuine than false characters.

Roe, C. A. & Hitchman, G. (2011). Testing the theory of morphic resonance using recognition for Chinese symbols: A failure to replicate. Journal of the Society for Psychical Research, 75, 211-224.