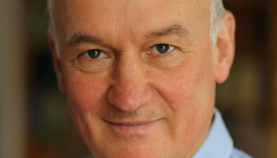 Harald Walach is a German clinical psychologist and psi researcher who has collaborated with physicists to develop an explanatory theory of psi based on quantum mechanics.

Walach’s research interests are centred on understanding the mechanisms behind healing practices such as homeopathy where quantum entanglement effects may be occurring. A related interest is the attempt with other German physicists to explain psi phenomena through new theoretical developments, the Generalised Quantum Theory (GQT).

Walach authored the recently published report of the Galileo Commission, a challenge to the philosophy of scientific materialism. He is co-author and co-editor of several books in German and English, including Clinical Research in Complementary Therapies: Principles, Problems and Solutions (2011).

Walach has worked with noted German physicists to develop physical theories that can account for parapsychological phenomena. His main theoretical contribution is the Generalised Quantum Theory (GQT) created in collaboration with colleagues Harald Atmanspacher, Hartmann Römer and Walter von Lucadou and published in 2002.1  This takes the basics of physical quantum theory, known as ‘formalisms’, and generates a standalone abstract version that can be applied to nonphysics based systems, for example psychological and biological. Of key importance, GQT retains the core aspects of regular physical quantum theory: entanglement and complementarity.

Complementarity refers to the relationship between local measurable observables and the global system. For example, one could measure the polarization of a photon and then know the general polarization of the rest of the system, in that it would be opposite or complementary to that found locally. Entanglement refers to the relationship between particles and processes that once shared a common connection, separated by time and space. Where psi comes in is understanding entanglement within generalized quantum theory (GQT).2 This allows for entangled states between physical, psychological and psychological systems, eventually giving rise to nonlocal (distant in space and time) correlations, which Walach and others propose as the basis for psi phenomena.3

To treat psi phenomena as nonlocal acausal correlations within Generalised Quantum Theory is essentially to admit the impossibility of strictly replicating a given finding, as the nature of the acausal correlations prevents a signal travelling between them. For psi experiments to be successfully replicated would open up a way of transmitting a signal, which is forbidden by nonlocal correlations in GQT.

In the mid 1980s, Walach’s colleague Walter von Lucadou designed a method of capturing psi despite its deliberately elusive nature – the correlational matrix method (CMM). In a typical CMM experiment, volunteers are instructed to influence the output of a RNG, as in a typical PK study; here, the aim was to see what temporary acausal correlations (that is, correlations that have no discernable cause and effect physical basis, for example, the relationship between voltage spikes and the length of time a volunteer presses a button after the spikes are measured) might be found between physical and psychological variables. The experiment generated more than twice as many correlations during the experimental sessions than in the control sessions; the effect was huge (p = 10 x 10-6).4

The first major independent replication was carried out by Walach, who found the same highly significant preponderance of correlations in the experimental versus control condition. Walach has reported that the effect persists with different RNG types and more stringent conditions.5  A research paper on the correlational matrix method by Walach and colleagues was recently published in a high impact mainstream journal.6

One of Walach’s main interests has been to gain a theoretical understanding of homeopathic effects. This has involved making experimental designs sufficiently sensitive to capture the often capricious effects encountered from controlled animal, human and non-biological trials. Walach created a comprehensive review of homeopathic drug ‘provings’ – trials in which healthy volunteers are given dosages intended to elicit symptoms of the same substance given at normal dosages – conducted between 1994 and 2015.  To distinguish between homeopathically-produced symptoms and those engendered by the placebo response, he formulated a model for a triple-blind and placebo-controlled study in which independent experts blindly rate symptoms which are then compared to tabulated symptoms (again, in a blinded fashion). Walach located trials that followed these protocols closely finding that every one gave significant results. He also found evidence for nonlocal signatures of homeopathic effects, matching his Generalised Quantum Theory.7

The Galileo Commission is a project of the Scientific and Medical Network that challenges the philosophy of scientific materialism. It appeals to scientists to expand their views, looking at research findings that are currently dismissed on the grounds that they are incompatible with orthodox science. Following consultations with more than 90 scientific advisers affiliated to more than 30 universities worldwide, it produced the Galileo Commission Report: Beyond a Materialist Worldview Towards an Expanded Science, which was authored by Walach and published in 2019.

A summary of arguments is as follows: