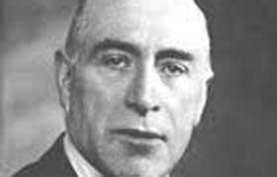 Harry Price (1881-1948) was a British paranormal investigator. He was a energetic and controversial figure, well-known to the public for numerous high-profile investigations of hauntings and other psychic phenomena. However, his penchant for publicity, and a reputation for unreliability, brought him into conflict with other researchers.

As with much about Harry Price, his origins are a matter of controversy. He referred to himself as a ‘Shropshire lad’1 and according to his literary executor was born in the Shropshire town of Shrewsbury,2 although he seems never explicitly to have said this. It seems likely that the connection with Shropshire was his father’s family; he himself was born in Holborn, then a poor district of London. Seemingly he wished to obscure his working-class origins.3

An early interest in conjuring led Price to study the tricks used by some séance mediums, and this introduced him to the field of psychical research.4 At an early age he became a member of the Magic Circle, and from 1921 was honorary librarian of the exclusive magicians club.5 Here he made important contacts, including Eric Dingwall, who later carried out investigations on behalf of the Society for Psychical Research.6 He also became acquainted with stage magician Harry Houdini, with whom he shared a deep interest both in collecting books about magic and in psychical research.7

Price’s first significant intervention was to expose cheating by a well-known ‘spirit’ photographer named William Hope, co-publishing with Dingwall a facsimile book The Revelations of a Sprit Medium (1922).8  This led to both men being invited by a German researcher, Albert Schrenck-Notzing, to join him in studying two young Austrian mediums, Willy and Rudi Schneider, whose effects Price found impressive. In 1923, he tested the medium Stella Cranshaw in controlled conditions, observing among other effects a wooden table that moved by itself to spoken commands and a sudden anomalous drop in temperature.9 His book on Cranshaw brought him to public notice.10

Price was initially involved with the SPR as a member, but found himself treated with suspicion by senior members, who were alienated by his defence of spiritualism.11 Some were also antagonistic to his lower-class origins and lack of university education.12 His ambitions in the SPR blocked, Price approached the London Spiritualist Alliance (LSA), in whose premises he had carried out his experiments with Stella Cranshaw, to see if it would accommodate a new organization that would objectively investigate mediums and other phenomena. The LSA accepted the proposal in 1925 and the National Laboratory of Psychical Research was created, with Price as honorary director. The sponsorship of convinced believers was offset by the involvement of respected scientific psi researchers, including Schrenck-Notzing from Germany, Eugene Osty from France and Christian Winther from Denmark.

A laboratory and séance room were set up, separated by a small ‘baffle chamber’ to stop light or sound leaking during experiments; other rooms were a workshop, dark room and office.13  The laboratory equipment included (amongst many other items):

This was the first time such a sophisticated laboratory had been set up in Britain for the purposes of psychical research. As would be seen with Price’s 1929 investigation of Rudi Schneider, relatively complex instruments could be used to establish control of a medium.14 Its opening was greeted with considerable media publicity. Within two years the organization gained a membership of 995, guaranteeing sufficient funds to function. 15

Price later reorganized his laboratory as the London University Council for Psychical Investigation. Although never officially  part of London University, it was assisted by a number of its academics and represented the first attempt to link paranormal research with mainstream science.16   In 1937, Bonn University offered Price the opportunity to set up a university department in psychical research, but he turned it down, probably because of the deteriorating political situation in Germany at the time.

Price was an active field researcher, becoming involved in episodes such as the Battersea poltergeist (1928) and the haunting of Cashens’ Gap (1935).17  The range of his interests in anomalous phenomena were demonstrated by his testing of the firewalkers Kuda Bux and Ahmed Hussain, which demonstrated that the effect was due neither to trickery or paranormal powers.18 After 1929, he became involved in a long-running investigation of a haunting in Borley Rectory in Essex, the subject of a best-selling book The Most Haunted House in England.19 In 1937, Price rented the building as a tenant and published a guide for independent observers, probably the first time detailed instructions had been produced for investigating a haunting.20

Price was a gifted self-publicist with a canny eye for what would attract media publicity. For instance, when he carried out firewalking experiments he used not just charcoal but also paper in the form of fifty copies of The Times, a gesture the paper reciprocated by generously publicizing the experiment.21

But Price was often criticized for carrying out investigations of spurious episodes merely to court publicity.  An example is a case of a ‘talking mongoose’ that presented itself at the house of the Irving family in the Isle of Man, although this apparently trivial claim might in fact have merited examination as a possible case of poltergeist-type communication. Price took it seriously, if only to point out on his visit that that the wooden panelling and unusual construction of the building made it ‘one great speaking-tube’,22 a basis for self-deception or possible hoax.

Even less defensible in the eyes of Price’s critics was the Brocken Experiment of 1932, an excursion to Germany accompanied by the philosopher Cyril Joad to test an ancient ritual for transforming a goat into ‘a youth of surpassing beauty’. The derision of scientific colleagues took Price by surprise, since the jaunt had been planned as an entertainment rather than a serious experiment,23 of the type that has also been staged in recent times. 24

More serious criticisms were directed at Price with regard to the Borley Rectory case. An in-depth investigation of his claims by the Society for Psychical Research found considerable fault with his methods and conclusions. In particular, controversy attached to the detail of a flying brick, which was attributed by Price to the work of a poltergeist, but which a journalist who was him at the time considered more likely to have been thrown by one of the workmen present on the site. 25 A colleague of Price, a member of his National Laboratory, stated after a visit, ‘Although I did not feel certain, I left Borley with the definite suspicion that Mr Price might be responsible for some at least of the phenomena’.26

Price added to a reputation for untrustworthiness with surprising claims that he had caught Rudi Schneider, the Austrian medium whom he endorsed after a series of investigative sittings in 1929-30, later faking some effects. Price published a photograph from a sitting in 1932 which, he asserted, showed Schneider making suspicious movements. An in-depth examination by a SPR researcher found no basis for this, and concluded that a combination of jealousy and irritation against his former protégé had motivated Price to make false accusations.27

Price is credited even by critics with having introduced modern scientific procedures into paranormal investigation, helping to uncover rational explanations in cases that might otherwise have been considered paranormal. His flamboyant personality also helped to bring the field of psychical research to a much larger audience than could be reached by the upper-class intellectuals who dominated the field in Britain. 28

There is no doubt Price was an ambitions and sometimes abrasive character who was liked and disliked in equal measure. Author Richard Morris sums up Price as ‘a supreme bluffer, a hedonistic con man, a terrific raconteur , a great conjuror, a gifted writer and wonderful eccentric’.29 Trevor H Hall was less positive, stating, ‘The assembly of his book collection was… Price’s most useful achievement during his life’.30 By contrast, the veteran American parapsychologist Hereward Carrington considered his contribution to psychical research ‘invaluable’, expressing the hope that following his death ‘personalities will now be disregarded and his work will henceforth receive the appreciation which in my estimation it deserves’.31

Marks, Kathy (14th Feb 2008). ‘The Ghost Ship that Refused to Come back from the Dead‘. The Independent. 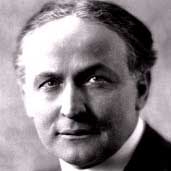 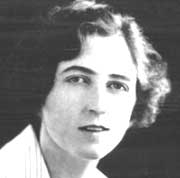 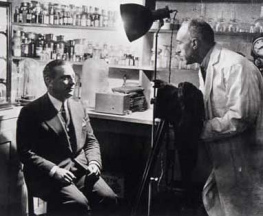 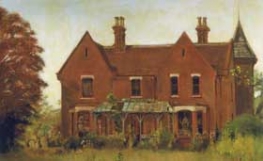