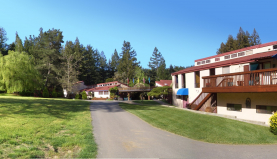 The Heartmath Institute is a non-profit founded in 1991 by Doc Childre with the aim of gaining a greater understanding of the relationship between heart and mind. The institute, based in Boulder Creek, California, conducts research on intuition, human energetic interactions and physiological investigations of global coherence. This research overlaps with parapsychology, in particular experiments on presentiment.

Heartmath researchers claim to have discovered evidence for ‘heart coherence’, a state of increased heart-brain synchrony where the heart’s magnetic field radiates a coherent signal from the body.

This field is said to be affected by attitudes, emotions and intentions, and to be able to influence the emotional states of others in a shared environment.

An extension of this research, named the Global Coherence Initiative (GCI),1 looks for a relationship between the Earth’s geomagnetic fluctuations and people’s collective emotions.

In studies reported in 2004, the institute’s director of research Rollin McCraty and co-workers describe a conceptual replication of previous experiments2 that suggested human physiology can respond to an emotionally arousing stimulus seconds before it is actually experienced.

Skin conductance levels and heart-rates of participants were measured while they were shown images, during either a normal state of consciousness or a state of coherence associated with positive emotions. There was no change in skin conductance; however, a statistically significant change was noted in heart-rate (p = 0.001). Gender differences were noted in EEG data in the way individuals processed pre-stimulus information.3

In a paper published 2007, McCraty, Bradley and Atkinson tested eight entrepreneurs for intuition in a roulette style game, the outcomes being determined by a random number generator. Skin conductance and heart rates were measured while participants made their guesses. Scoring was at chance, but both measures showed marked differences before winning and losing bets (p = 0.01).

A second stage sought physiological evidence of intuition while individuals were making investment choices,4 but no evidence of this appeared.

Hearthmath has carried out studies on energetics, an energy transfer said to occur between people or between people and living systems and objects (also referred to as ‘bioenergy’, ‘subtle energy’, ‘biofield’ and ‘bioelectromagnetic’). These overlap with psychokinesis (PK) experiments carried out by parapsychologists.

In a study published in 1994, McCraty and Glen Rein, founder of the Quantum Biology Institute, tested the PK ability of participants schooled in an ‘entrained’ mindfulness technique, in which attention is shifted towards the heart and positive emotions. Participants were encouraged to enter this ‘entrained’state – which was confirmed by electrocardiography – and attempt to change the molecular structure of water samples. UV spectroscopy revealed significant changes (p = 0.01) around 200 nm absorbance line, as compared to control water samples left in another room.

Other experiments showed that DNA molecules unwound faster when in contact with the treated water than with the untreated water, at a marginally significant level (p = 0.05).6

In a study reported by Steven Morris in 2010, untrained volunteers attempted to synchronize heart activity with three other individuals trained in heart rate variability coherence (HRVC).  This was achieved by half of them during 48 ten-minute trials, as indicated by various measures. A significant relationship was observed between the closeness of participants’ relations with each other and heart rate variability coherence. Morris concluded that a coherent ‘energy field’ can be generated within small groups of participants who have been trained in facilitating group coherence.8

In a chapter in Clinical Applications of Bioelectromagnetic Medicine, in 2015, McCraty outlines an electromagnetic basis for heart communication within and without the body. Electromagnetic fields that are generated by the heart reach throughout the body and act to synchronize various physiological processes. McCraty highlights evidence demonstrating that the heart’s electromagnetic energy is detectable by others up to several meters radius, providing a mechanistic basis for group coherence effects seen by Heartmath9 and other groups.10

Other research at Heartmath probes the energetic relations between people and their environment.

In a 2017 publication McCraty and co-workers seek to understand the coupling of human physiology and geomagnetic fluctuations. Ten individuals going about their normal lives had their heart rate variability (HRV) continuously monitored during daytime for 31 days. HRV synchronized across the group after two days, giving evidence of the effect of environmental variables on collective cardiac function.11

The Global Coherence Initiative (GCI)13 aims to extend research done on groups of individuals to millions of people around the world. Geomagnetic fluctuations – as measured by over a hundred globally distributed ultra-sensitive detectors – are correlated with people’s heart activity, as measured by a mobile app14 connected to a sensor. The Global Coherence Initiative aims to utilize these findings to cultivate increasing harmony between people and their environment.

Allied with the Global Coherence Initiative is a global tree monitoring network designed to measure how trees are affected by collective human emotions.15