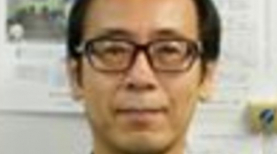 Hideyuki Kokubo is a Japanese researcher known for work on bio-PK (non-contact healing and energy therapies such as Reiki and Johrei). He is based at the Institute for Informatics of Consciousness, Meiji University, which studies anomalous experiences.

In the 2010s Kokubo began studying the rate of anomalous experiences among university students. In a 2018 paper he compared his findings over this period to those reported by Becker and Hagio in early 1990s. The reported occurrence of déjà vu experiences was found to have increased from 53% to 71%, ESP experiences from 24% to 39%, and out-of-body experiences from 6% to 11%. Unexpectedly, a belief in the existence of psychic powers declined from 71% to 56%. Highly significant differences in response rates were seen across the decades (p > 0.001).  The incidence of some anomalous experiences hardly changed, such as sleep paralysis (34% to 36%) and ghostly phenomena (17% to 18%). Kokubo concluded that the results indicate anomalous experiences are based on experience rather than culture.1

Since 2006 Kokubo has investigated bio-PK using pieces of ‘white spine type’ cucumber (cucumis sativus) as a bio-sensor. In one study, biophotons from cucumber samples were measured after the samples had been subjected to thirty minutes of non-contact ‘healing’ (focused attention) by 24 healers. This produced a statistically significant effect.2

In a method using gas, pairs of cucumber samples are stored in separated sealed chambers and a concentration of hexan-2-ol is injected into the space. The gas is then measured 24 hours or more following a healing session. Kokubo and colleagues have tried various tests using this method. In one experiment, a spatial distribution of bio-PK field around a healer  was measured from the amount of hexan-2-ol released from cucumber samples placed in her vicinity.3 In a pre- and post-effect test, dummy trials performed thirty minutes before and after the healing trials showed comparable effects, while blank trials on other days gave no effect.4 Kokubo and Shimizu hypothesized that a residual healing energy permeates the nearby temporal as well as local testing environment.

Kokubo performed two pilot tests for bio-PK using the standardized gas measurement method described above. In this study, in addition to regular Japanese cucumbers he used non-Japanese target material, Norwegian Agruk cucumbers. Two trials of 30-minute healing practice were carried out for both samples and the data compared with the blank control condition. Both samples responded with equal sensitivity to the bio-PK influence while the controls behaved well within chance, a very significant healing effect (p = 0.0034).6

Continuing the biosensor work, Kokubo has adapted the protocols to test the healing potential of pyramid-shaped structures, conducting research on non-contact effects. In an initial study carried out in 2009, a person entered a large pyramid-shaped structure situated in the laboratory and focused on cucumber samples. Analyses revealed extremely significant effects of mental influence (p = 3.1×10-10), in addition to highly significant time delayed effects (p = 3.5×10-6), in which mental influences were measured some time after the person had left the laboratory.

In a 2019 study, Kokubo aimed for a clearer understanding of the nature of time displaced effects over long distances. He and co-workers ran the standard influence experiments, but in addition, carefully measured and recorded temporal (time-related) and spatial/distance variables that their previous research had indicated were contributing factors, as follows.

Kokubo has carried out a study in the synchronization of group consciousness, in which random event generators are used to pick up fluctuations in the vicinity of religious activity. Most of these PK investigations are short-term, taking hours or a few days at the most. Kokubo ran a study for 22 months, during which time he continuously ran a suite of random number generators.  Analysis showed significant difference between RNG output on Saturday and Monday (p = 0.029), but the effect was small, leading him to conclude that even longer study periods were needed to clarify if the effects were real.8

Kokubo and Watanabe have investigated large-scale effects of PK on metal samples. Tests of ‘spoon-bending’, including electron microscopic observations of affected materials, revealed anomalous effects. In experiments with super-elastic Ni-Ti alloys, Kokubo and Watanabe found that when these were successfully subjected to psychokinetic bending influence the resulting deformations were permanent, which does not happen when such metals are bent by normal means.9

Kokubo, H. (2018). Comparison between Anomalous Experiences of Students in 1990 and 2010's: A Questionnaire Survey for the Digital Native Generation on Their Anomalous Experiences and Trust for Other Persons-Part 3. Journal of International Society of Life Information Science 36/2, 99-102. DOI: https://doi.org/10.18936/islis.36.2_99