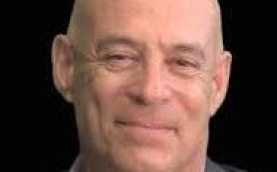 Jeffrey Mishlove is a clinical psychologist, parapsychologist and broadcaster. As host of the public television series Thinking Allowed (1986-2002) – and currently as host of the YouTube channel New Thinking Allowed  – he has interviewed hundreds of prominent experts on topics relating to scientific research, consciousness and spirituality. He is the winner of an essay prize competition run by Bigelow Institute for Consciousness Studies in 2021 on the best evidence for life after death.

Jeffrey Mishlove was profoundly influenced by a vivid dream he experienced at age 25, while studying as a graduate student at the University of California's School of Criminology. In the dream, which seemed 'more real than waking reality', he found himself being addressed by an elderly male relative concerning intimate personal issues. He described the event as 'a soul-to-soul communion that defied description'. He soon learned that the man had died around the time of the dream. The visitation convinced him beyond doubt of the reality of survival of death.1

Resolving to become an expert, he was able to switch subjects to study parapsychology, and was awarded a doctoral diploma in 1980.2 His is the only such diploma to be granted from an accredited American university and the only one that states the field of study as ‘parapsychology’ rather than ‘psychology including parapsychology’.

Mishlove currently teaches parapsychology, as well as a course on William James at the Holmes Institute, which offers an accredited, distant learning masters degree. The courses are required for ministers in training for the Centers for Spiritual Living (formerly the Church of Religious Science).

Mishlove was host of the television interview series Thinking Allowed, in which he interviewed hundreds of leading thinkers on cutting-edge topics from consciousness studies to parapsychology and more between 1986 and 2002. He is the author of The Roots of Consciousness (1975) an encyclopaedic volume of consciousness studies which is widely used as a text for introductory college courses in consciousness studies and which has subsequently gone through two more editions. A revision of his doctoral dissertation, Psi Development Systems, was released in 1988 as a Ballantine paperback: this evaluates methods purported to train psychic abilities. Currently he is active in interviewing more leading thinkers for New Thinking Allowed, which has its own dedicated social media presence and YouTube channel.

Mishlove investigated the claims of Ted Owens for his PhD and  chronicled them in The PK Man: A True Story of Mind Over Matter (2000).3 Owens was an American who garnered attention by claiming macro-psychokinetic (PK) powers, notably an ability to control the weather on a large scale, direct lightning strikes, and cause or predict accidents. Owens claimed that these abilities were channelled through him by alien intelligences.

Alleviating drought conditions  In January 1976, Owens wrote to Hal Puthoff and Russell Targ, Stanford Research Institute physicists who had carried out psi experiments, claiming he would end a devastating California drought by psychically triggering torrential storms until the state was deluged. On February 5, a few days after Owen’s communication, the first snowstorm to hit San Francisco since 1887 smashed onto the West coast, bringing weeks of stormy conditions. During this period there were many UFO sightings in the area, as reported by local news media.

In another case, Owens was asked to intervene during an Australian drought in 1980. Here too, shortly after the entreaty, stormy weather ensued for enough time to reverse the drought conditions, and, again, UFO phenomena were reported extensively in the local media.

UFOs  In October 1975, Owens agreed to a request by a Chicago radio presenter for a UFO demonstration in the local area. There followed not only a UFO flap, but also a series of electromagnetic anomalies, poltergeist disturbances and human and machine errors at O’Hare Airport. Finally, Owens promised to sabotage the Chicago Bears football games for several months, without anyone being hurt. Mishlove documents newspaper clippings that reported a mysterious radio signal coming from a bridge in the city, unusual technical problems at O’Hare airport, unusual weather patterns and a disastrous season for the Bears. Unusual UFO activity and associated mysterious deaths of animals were also noted.

The ‘San Francisco Experiment’ documented in The PK Man includes an instance in which Owens predicted that he would cause a UFO to appear within a 100 mile radius of San Francisco. At one point, he predicted to Mishlove that the event would be photographed and that the photograph would be published on the front page of a local newspaper. This happened a few days after Owens provided this specific information. The UFO sighting was witnessed by hundreds of individuals, from the air and the ground. It was photographed and a videotape was  shown on the Channel 9 evening news in San Francisco. This is one of the best attested sightings in the history of UFOlogy.

Earthquake  Pressed for a PK demonstration by radio broadcasters in Dallas, Texas, Owens agreed in the near future to cause extreme weather, including high temperatures, heavy rain and stormy conditions, without causing fatalities. All these things occurred, destroying a good portion of the Texas wheat crop. However, an earthquake also occurred at this time, and the effects led to fatal car accidents.

In The PK Man, Mishlove explores two rival hypotheses: that Owens used PK in the way that he claimed, or alternatively, that he was somehow looking into the future to know when and where these events would occur, then claiming to have caused them by PK ability. Mishlove asks whether he really would have caused events that led to injuries and suggests that the precognition hypothesis seems more parsimonious.

In 1984, Mishlove published Psi Development Systems based on his PhD thesis, covering contemporary psi research and ancient psi-conducive religious and mystical practices. He describes popular systems of psi development, from spiritualism and theosophy to more contemporaneous LeShan Psychic Training and Transcendental Meditation. He goes on to catalogue new developments in parapsychology, such as research into meditation, relaxation and hypnosis as psi-conducive states. In the final chapter, which is closest to his PhD work, Mishlove details ways of developing psi and of measuring their success.4

Following on from the first series Thinking Allowed decades earlier, Mishlove has continued and expanded the original remit, interviewing experts in depth on topics germane to parapsychology, consciousness studies and spirituality. Several hundred interviews are available for free viewing,5 and the archive grows by an average of twelve a month. In an introductory three-minute video to the New Thinking Allowed channel on YouTube, Mishlove describes his vision of parapsychology as not just an experimental science, but also an area of inquiry that has its roots in ancient cultures globally. He plans to create an archive of videos in anticipation of the day when academic institutions offer programs in parapsychology as he envisions it.

In 2021, Mishlove was declared winner of an essay competition run by the Bigelow Consciousness Studies Institute for the best written evidence of survival of death. He was awarded $500,000 as first prize for an essay titled 'Beyond the Brain: The Survival of Human Consciousness After Permanent Bodily Death', a detailed overview of survival evidence including near-death experiences, after-death communications, reincarnation, mediumship and related topics, together with a consideration of arguments for non-local consciousness.