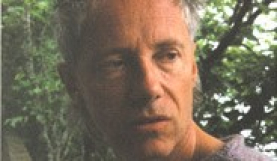 Joe Fisher (1947-2001) was a British-born journalist and author of books on paranormal subjects. His final book, The Siren Call of Hungry Ghosts (1991/2001), describes his experiences and subsequent disillusionment with mediumistic channelling.

Joe Fisher was born in 1947 and educated in England, where he later worked as a news reporter and editor. In 1971 he emigrated to Canada, working as an investigative crime writer for newspapers. He left in 1981 to pursue personal writing projects, publishing books on travel, reincarnation, precognition and mediumistic channelling. His books have sold more than a million copies in 22 languages.1

Fisher died by suicide on May 9, 2001 near his home town of Fergus, Ontario, Canada.2

Fisher’s 1991 book Hungry Ghosts (republished in 2001 as The Siren Call of Hungry Ghosts) tells the story of his activities with a channelling circle.3 In 1984 Fisher visited Aviva Neumann (pseudonym), a Toronto medium.  He was addressed through her by a communicating personality who identified himself as Russell Parnick, a nineteenth century Yorkshire sheep farmer. Fisher’s own guide was said to be a Greek woman named Filipa whom he had known in many lifetimes.

Initially, Fisher was enthusiastic about this new activity and attempted on his own to recover lost memories about the supposed lifetimes. He invited other people to the sessions and by the spring of 1985 up to thirty people were attending each week. Many were contacted by their supposed guide, each with his or her distinct personality and history, and were told they had lived past lives, some on the ‘lost continents’ of Atlantis and Lemuria.

Fisher writes that he was finally able to establish direct contact wth ‘Filipa’ by means of meditation. He now started to become emotionally dependent on her, consulting her about major decisions, to the detriment of the relationship with his girlfriend. Filipa informed him that his task in this life was to disseminate information about the spiritual world, as a means to atone for a past life in Sumeria in which he’d caused the deaths of many people. Other group members formed similar dependences on their guides.

Eventually, Fisher says, the spirit guides became his consuming passion and he decided to try to trace their origins. He visited other mediums in Toronto to see if they could identify Filipa, but none of them identified anyone resembling her description. In England, he searched through records for the past incarnation of guides who had claimed past lives there, finding no confirmatory records. In Greece, he attempted to verify details given by Filipa of her life in Alexandroupolis, but these too failed. Furthermore, he was shocked to find that the city had been founded only in the 1800s, falsifying Filipa’s claim to have lived there in the previous century.

Back in Toronto the guides, confronted by Fisher with these failures, prevaricated, argued and made excuses. He now realized they had been manipulating him and others. One group member, he learned, had been told that his wife was cheating on him and that he must take the medium as a lover, or they would both die; had he not left the group his marriage and business would have foundered.  He and Fisher understood belatedly that the guides had not been helping them, but had been their worst problem.

Fisher concluded that the entities who had been speaking through the medium were those variously termed ‘earthbound spirits’, ‘lost souls’, ‘lower astral beings’, or ‘hungry ghosts’ – disincarnates who, unable to accept they had died, attempt to live vicariously by gaining control over living people, tapping into their fears and desires. In the second edition of his book, he writes that he received many letters from readers of the first who had suffered similar experiences. Further research convinced him that mediums, although generally not consciously fraudulent, might be enabling the deception and should exercise great caution. He now argued that New Age spiritual practice had become thoroughly contaminated by earthbound spirits, and even speculated that prophets of traditional religions might also have been manipulated by them.

Fisher leaped off a cliff to his death on 9 May, 2001, at age 53, shortly after the publication of The Siren Call of Hungry Ghosts.  There was speculation that his state of mind might have been influenced  by personal problems, including growing indebtedness, but he was said also to have told his publisher that ‘the spirits were still after him for having written his final book’.4