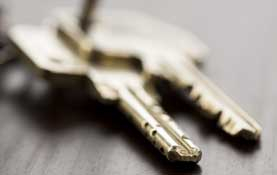 Jott (Just One of Those Things) is a recent line of enquiry, investigating the possibility that everyday misplacements of objects, normally attributed to false perceptions, failures of observation or mistaken memories, may sometimes have a non-normal cause. The term has been coined by Mary Rose Barrington, a psi investigator and member of the Society for Psychical Research. This short summary describes her research and ideas. Fuller descriptions can be read in separate articles by Barrington, published here in pdf form, from which all quotes in the following are taken.

Barrington characterises jott as ‘things that inexplicably come and go, though more usually they go and may or may not come back, whether to their original location or somewhere else’. More formally, jott ‘signifies spatial discontinuities, and when these amount to displacement of articles, these incidents are jottles’.

Barrington argues from her large case collection that while many such incidents can be attributed to ‘absent mindedness, hallucination, or… dissociative personality’, some defy any explanation, and constitute a category similar to other more widely reported and studied psycho-physical phenomena, such as poltergeist effects, telekinesis and materialization, for which the evidence is ‘copious and robust’.

Comeback: An article known to have been at a certain location ceases to be present there and is later found back at or very near to that same location

Example: Two large matchboxes, one containing new matches and the other used matches, lie side by side on a small worktop. Seeing only one box, the occupant of the house picked it up, but finding used matches in it, put it back, and lit the gas by another means. A few minutes later he saw that the other box was now back in place, adjacent to the one just he had just picked up.

Walkabout: An article ceases to be present at a known location and is later found at a different location.

Example: A plastic bowl used for washing dishes disappears moments after being used. Weeks later it is found wedged among other objects in a cupboard that is seldom opened and is blocked by the kitchen table.

Flyaway: An article known to have been in a certain location ceases to be present and (to date) remains unfound.

Example: A 14 inch paintbrush is dropped and heard clattering to the bare linoleum  floor, but cannot be found, and is never seen again.

Turn-up: An article known to the finder but from an uncertain location is found in a location where it is known not to have been before it was found.

Example: a woman mislays her reading glasses while she and her husband are renting an apartment in an old house. On vacating the property, she urges him to dust the top of an exceptionally tall wardrobe, which requires a step ladder: the glasse are found there.

Windfall: An article of unknown provenance is found to be inexplicably present.

Example: the rider of a moped (a small motorcycle) is stranded when the engine’s single sparkplug repeatedly oils up. Wheeling the vehicle into a side-road, he sees a new, clean sparkplug lying in the gutter, of precisely the right make and size required, installs it and continues his journey.

Trade-in: An article ceases to be present at or near a known location and soon afterwards a similar article is found in that location.

Example: a favourite brooch, with a complex design featuring horse-shoes fixed to a silver bar, goes missing. Weeks later an almost identical brooch is found fixed to a seldom-worn dress. However, it is not the same brooch: the design is closely similar, but also different in certain respects.

Barrington identifies a separate, more rare phenomenon she names ‘oddjott’, an environmental anomaly in which relocation is not the main feature.

Barrington’s theory of jott assumes a collective Cosmic Mind that embraces all participants in a telepathic network (as suggested by field research and experimental studies in telepathy and other psi phenomena).

She then posits that the material world is actualized by the focused attention of the participants’ unconscious minds on selected potentialities, and that instructions as to how to actualize a strictly sequential, causally consistent environment are delivered to them (that is, ourselves) from the autonomic control system of the Cosmic Mind, by quasi-hypnotic orders (analogous to the telepathic hypnosis commands reported by FWH Myers).

Errors in actualization (that is, jott) occur mostly when the particant’s telepathic receptors are fatigued, or disordered, by the intrusion of telepathic material from the network. Sometimes a participant’s unconscious mind seems motivated to trigger jott.

Though the hallmark of a jottle is displacement, nothing moves. The article fails to actualize in the presence of the loser and is re-actualized by the finder.