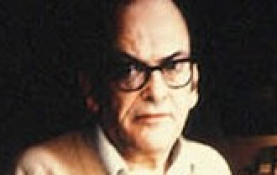 Kenneth Batcheldor (1921-1988) was a British psychologist who during the 1960s and 1970s carried out groundbreaking experiments in macro-psychokinesis (PK), based on the nineteenth century activity of ‘table tipping’. Batcheldor investigated which states of mind were conducive to PK of this kind, which tended to inhibit it, and how to create psychological conditions for anyone to produce it.

Kenneth Batcheldor was, by his own account, always interested in ‘anything intriguing beyond the usual’.1 As a youth, he studied psychology and the mind; he also acquired books on the paranormal and experimented with table-tipping. He applied to six colleges to take physics but none would accept him, so he took psychology instead. He then worked as a clinical psychologist for hospitals in Devon in south-west England.

In 1964, at the age of 42, he suggested to two friends that they team up to try table tipping. This requires participants to sit around a table, each person with their hands flat on it, and try to make it move by the power of mind. Batcheldor was aware that movements could occur by means of unconscious muscular action (UMA), a theory first advanced on the basis of experiments by Michael Faraday in the late nineteenth century, and he was not surprised when the table in fact moved as a result of their endeavors. During their eleventh session, one of the group commented that it would be great if the table floated up off the floor, at which almost immediately, according to Batcheldor, ‘it rose up several inches, swung from side to side rather like a pendulum and settled down again.’2 This did not seem explicable either in terms of fraud or UMA, and Batcheldor was sufficiently intrigued to experiment more formally, taking early retirement in 1976 for the purpose.

In April 1964, Batcheldor and his two friends, PM Coghlan and WG Chick, began a series of sittings which numbered 200 by December 1965. Others occasionally sat in. Chick was absent for 120 of these sittings, and these produced almost no results. Of the eighty sittings where Chick was present, seventy produced positive results. Full transcripts based on recordings were made for 27 of the seventy positive sessions; detailed notes were written for the remainder, totalling some 800 pages.

The tables that were used weighed from two to forty pounds, their corners marked with luminous paint. Various levels of lighting were tried, from total darkness to full daylight; most of the sessions were carried out in low light or full darkness, with only the luminous paint showing. The first full levitations occurred in total darkness, and could be confirmed only by touch and sound. Batcheldor then contrived an apparatus made up of four switches, one on the bottom of each table-leg, that would turn on a red light in the centre of the table if either all four legs lifted from the floor or the table inclined sharply. The light was soon replaced by a buzzer that could be picked up in the recording, providing evidence independent of the sitters’ senses. A camera was set up to record levitations, but they proved harder to attain while it was there.

A typical sitting lasted two hours with a half-hour break and took place in a regular living room. In contrast to nineteenth century spiritualist practice, no ceremonies were performed, conversation was not limited and no one went into trance. Nor did the participants normally link hands, instead laying their hands flat on the table, palm-down.

Usually, nothing happened for five to ten minutes. The first activities were usually creaks or cracking noises, short taps, scraping or soft thuds, on the table and sometime elsewhere.

Next, the table typically slid a few inches across the floor, then tilted up on two legs and dropped again. The movements grew stronger; the table would sometimes slide as far as several feet, forcing the sitters to jump up and chase after it. It might land silently after tilting or fall with a loud crash; sometimes it would rotate around its centre. Yet more strikingly, the table would also sometimes levitate, hovering in the air for as long as twenty seconds.

Other spontaneous phenomena included breezes (usually around the hands), intense cold (usually under the table), lights, touching, pulling back of sitters’ chairs, movements of other objects, ‘gluing’ of the table to the floor so that it could not be budged, and apports (a small stone and a box of matches). During one lively session Coghlan counted 84 levitations as indicated by the table’s red light. During another session, Batcheldor observed the table moving extensively while no one’s hands were touching it.

In the group’s later sessions, the movements were obtained more easily and with greater power. The phenomenon of raps also appeared, and, as in the nineteenth century séance, these appeared to have an intelligent source. In one instance, anomalous changes in Batcheldor’s weight were recorded, including an apparent increase of some sixty pounds.

All three regular sitters signed a statement avowing that they did not use any artificial means.

A 1978 film (uploaded to YouTube in 2009 with Italian subtitles) shows infra-red camera footage of sessions interspersed with comments by Batcheldor. The group of five sitters is new, Batcheldor explains, consisting of himself and four psychology students; the aim is not to demonstrate paranormality – at no time did the table levitate without contact – but rather to record the progress achieved over eight sessions.

The group is able to tilt and then rock a small table, then a large one. The sitters experiment with one member attempting to keep the table from moving (unsuccessfully); pushing it down from a tilted position (successfully but with great difficulty); and sitting on it without being tipped off (this could be done by two people together but not by a single person). See the YouTube footage here: Part 1, Part 2, Part 3, Part 4.

Batcheldor notes that psychokinesis is a physical phenomenon that nonetheless starts with the mind.3 He was unable to identify any physical condition that correlated to positive results, but did note a relationship between anomalous movements and positive attitudes among participants. For instance, success tended to breed more successes, as participants believed that repeating the conditions in which striking movements had been achieved earlier would lead to more of the same. A heavier table presented more of a challenge, not because of its weight, but because of the perception in the minds of sitters that it would be harder to move.

Batcheldor generally found darkness to be conducive to good results, but again, theorizes that this is more a matter of psychology than physical conditions: full visibility of the table and other objects makes it impossible for the sitters to avoid analytical thoughts interfering with the process.

Belief, Batcheldor holds, is crucial to success. Following an earlier parapsychologist, Colin Brookes-Shield, he differentiates between long-term belief and instant belief. He writes:

What seems to matter is the balance of belief over doubt at the very instant when a PK event is about to occur … it is a far cry from a vague general belief in the paranormal to believing that the table in front of you is going to levitate right now.4

Batcheldor distinguishes between a general belief in the possibility of PK and the involuntary belief that comes with actually witnessing it. The latter is more likely than the former to stimulate PK activity, in his experience. The witnessed event does not even have to be genuinely anomalous, but rather an artifactual effect of UMA or chance; if it is perceived as paranormal it may still facilitate true PK events – a possible reason, Batcheldor suggests, why the very tight controls insisted on by sceptics tend to inhibit the production of psi events.

Batcheldor lists practices that promote success: retain the same sitters, location and table; choose conditions set apart from everyday life; work in darkness; increase the difficulty of the PK tasks incrementally; and read and talk about PK. He notes that belief can develop among the sitters that one of them is gifted in PK, which can then influence results; conversely, a belief among the sitters that the phenomena are caused by cheating can hinder them.

Conversely, Batcheldor notes that macro-PK phenomena can disturb sitters and cause them to put up emotional defenses, declaring ‘this won’t work!’ or, in extreme cases, abandoning the experiment.  He divides emotional resistance of this kind into two types: ‘ownership resistance’, (a reluctance to possess paranormal abilities oneself), and ‘witness inhibition,’ (the disturbance felt when witnessing any paranormality, whatever the source).

Just as belief is conducive to success, resistance is an obstacle, Batcheldor comments; the trick is to calm the latter without inhibiting the former. Accordingly, he worked to create a light-hearted atmosphere, encouraging noise, trivial chatter and laughter, as this he felt allayed fears and interrupted analytical thoughts. A successful sitting, he notes, is characterized by ‘a state of heightened expectation and belief, which is also slightly tense’, and is in fact a slightly-altered state of consciousness.5 He recommends abandoning the usual ‘divided’ state of consciousness, in which conscious and subconscious are separate, in favour of a ‘blended’ state in which the division is blurred, and true voluntary control of psi ability becomes possible.

In a 1994 posthumously-published paper,6 Batcheldor draws these elements together into a single theory. He posits a ‘Universal Creative Principle’ that creates and sustains ‘normal reality’ and which, under unusual conditions ‘creates localized rearrangements of normal reality’ (psi phenomena).7 He then tries tentatively to determine how such ‘localized rearrangements’ can be formed by creating unusual conditions.

PK researcher Julian Isaacs assessed the value of Batcheldor's approach as an experimental methodology for parapsychology, having carried out similar research with sitter groups.8 On the positive side, it provided him with first-hand experience of macro PK: this both convinced him of its reality and confronted him with his own fear of it, helping to desensitize him to the shock effect. The lessons he learned were directly applicable to his later researches in PK metal bending.

But Isaacs doubts the value of the sitter group as a long-term methodology for psi experimenters, owing to many and diverse problems, for instance:

At the time of writing, Batcheldor’s work appears to be unknown in the sceptic community. However, there is a substantial sceptical literature on table-tipping, which became a popular social past-time in the early 1850s, and, following Faraday’s demonstration, is usually explained in terms of unconscious muscular action.9 More recently, magician Chung Ling Soo demonstrated a table-lifting method involving a slotted ring worn by the ‘lifter’ by means of a pin attached to the top of the table,10 and John Mulholland has described many methods of cheating.11

Barham, A. (1988). The Crawford Legacy Part II: Recent research in macro-PK with special reference to the work of Batcheldor and Brookes-Smith. Journal of the Society for Psychical Research 55, 196-207.

Batcheldor, K (1984). Contributions to the theory of PK induction from sitter-group work. Journal of the American Society for Psychical Research 78, 105-22.

Batcheldor, K., & Giesler, P. (April 1994). Notes on the elusiveness problem in relation to a radical View of paranormality. Journal of the American Society for Psychical Research 88, 91-111.

Isaacs, J. (1984). The Batcheldor approach: Some strengths and weaknesses. Journal of the American Society for Psychical Research 78, 123-32.