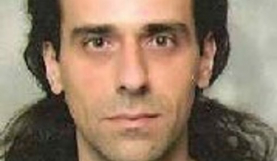 Marios Kittenis is Bial Research Fellow at the University of Edinburgh, investigating hypnotic phenomena and functional EEG connectivity. He has carried out research in presentiment, remote psychophysical interactions, and the psi effects of psychedelic drugs.

In a 2011 presentation at the Parapsychological Association, Kittenis describes his work probing for evidence of presentiment in conventional psychology EEG baseline data. The original work involved registering differences in subject’s EEG between familiar and unfamiliar faces. Kittenis found significant differences between familiar and unfamiliar faces in the baseline EEG data before the faces were shown (p = 0.01) giving evidence for presentiment and supporting the approach of using mainstream data in psi research.2

Parapsychological research has frequently demonstrated long-range interactions between pairs of sensorily-isolated individuals, in which, for example, a strong brain signal created in one of the pair by an unexpected startle effect (loud noise, flashing light) is later found to synchronize exactly with a similar, unexplained spike in the EEG readout of the person in a distant location.3  Kittenis investigated the extent to which the degree of emotional bonding between pairs of individuals might affect this kind of distant PK influence.

Forty-one participants were assigned to one of three groups: emotionally close individuals (related); pairs of recent strangers (unrelated); and single individuals who remained unpaired. Related pairs spent some time alone before simultaneously listening to a recording of a relaxation procedure, which was followed by fifteen minutes of continuous drumming, in order to induce a shared state of consciousness. During this time the ‘sender’ was exposed to a flashing light at random times while the receiver’s brain was monitored by an EEG. With unrelated pairs, the initial alone time was omitted.

In the related pairs group, statistically significant correlations were found between light stimulation periods experienced by one individual and the corresponding brain activity in the distant partner (p = 0.023). The unrelated pairs showed a positive but smaller effect. Overall, the results were significant (p = 0.007).  As expected, unpaired individuals showed no brain correlations with light flashes triggered in an empty room at a distance.4