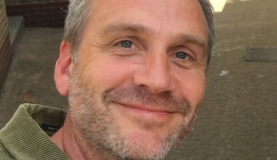 Matthew Smith is a psychologist and parapsychologist based at the Buckinghamshire New University, with research interests in positive psychology and ‘luckiness’.

Matthew Smith was awarded a degree in Applied Psychology in 1992 from Liverpool John Moores University, followed by PhD in 1998 from the University of Hertfordshire under the supervision of Richard Wiseman. Smith is now based at the School of Human and Social Sciences, Buckinghamshire New University, where he has been instrumental in establishing a Centre for Positive Psychology. His current research is focused on positive psychology and ‘luckiness’, including exceptional human experiences.

Smith’s research at the University of Hertfordshire was directed mainly at the psychology of paranormal experiences.

Smith’s doctoral research on luck revealed possible mechanisms responsible for impressions of being lucky. These included motivational biases (for example, willing for high dice numbers), implicit learning (for example, unintentional ‘card counting’), and cognitive biases (such as the gambler’s fallacy in which a winning outcome is expected after a string of losses).1

Smith also explored the idea that what is perceived as luck may result from a combination of ESP and psychokinesis, reviewing laboratory evidence in the light of Stanford’s PMIR (Psi Mediated Instrumental Response) theory, which sees unconscious needs utilizing psi to achieve positive outcomes – highly relevant to the gambling environment.2

Smith has also investigated connections between positive psychology and luck.3

In 1997, Smith reported a direct test of psi in a field investigation where he classified participants as lucky, unlucky, or uncertain, according to their questionnaire responses. Participants then predicted the outcome of a binary random number generator (RNG) in a competitive or non-competitive situation. Lucky participants performed no better than unlucky participants on the psi task and the competitive element made no difference to scoring. A significant relationship (p = 0.05) was found between participants’ predicted psi performance and their actual psi performance, providing some support for the psi hypothesis.4

A 1993 report describes an investigation of the influence of paranormal belief on recalling a staged paranormal event. Forty subjects were invited to watch a video of a fake psychic surgeon. Those who scored high on paranormal belief were no more likely to exaggerate apparent psychic feats than those who scored low, contradicting the assertion that believers tend to be more easily persuaded than sceptics by a seemingly paranormal incident. 5

Acoustic Leakage in the Ganzfeld

Smith and Wiseman describe a potential route for sensory leakage in Honorton’s autoganzfeld work by providing a careful reconstruction of the laboratory space. They propose that sounds from the sender’s room may have been subliminally detected by the experimenter who is involved in the judging process. Although this scenario is highly unlikely, they argue it needs to be eliminated in a strict replication.6

At Liverpool Hope University, Smith’s research orientation switched to direct psi research. In an attempted replication of Daryl Bem’s implicit precognition experiment, 50 participants who were categorized either as fearing or not fearing spiders, were exposed to spider-related targets. Results were non-significant for the group as a whole but significant for the spider-fearing participants.7

With Devin Terhune, Smith tested the sceptical hypothesis that anomalous mirror-gazing experiences are not paranormal, but rather originate in peculiarities of the procedure. Half the participants were given suggestions designed to encourage anomalous experiences. Smith found that those who were given such suggestions reported a greater number of visual and auditory hallucinations, giving support to the sceptical argument.8

Smith, M. (1993). The effect of belief in the paranormal and prior set upon the observation of a 'psychic' demonstration. European Journal of Parapsychology 9, 24-34.