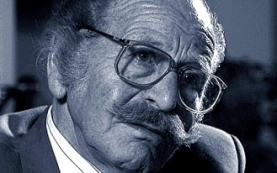 Maurice Grosse (1919-2006) was a successful engineer and inventor who in later life became interested in psychical research. He was the principal investigator of the 1977 Enfield poltergeist case.

Maurice Grosse was born in Hackney, London, the son of Jewish immigrants from Romania and Russia. The family moved to Tottenham where he excelled at school in science subjects, making a crystal radio set for himself. He attended Hornsey School of Art and took an apprenticeship in commercial art and design.

Grosse joined the Territorial Army and during World War II served in the Royal Artillery, taking part in the evacuation from Dunkirk. He was married in 1944 and the couple had three children. He was a practitioner of the Jewish faith, serving as warden in a local synagogue.

After the war Grosse discovered his vocation as an inventor of electrical and mechanical devices, and in 1962 set up consultancy (Maurice Grosse Display Ltd). His inventions sold all over the world, among them complex vending machines and one of the first fully automatic newspaper dispensers.  He was a member of the Royal Institution and the Institute of Patentees and Inventors.

A highly gifted artist, Grosse designed the SPR’s Myers Medal, which is awarded for outstanding contributions to psychical research.

In 1976, Grosse’s youngest daughter Janet was killed in a motorcycle accident. In the following days he experienced an unusual number of striking coincidences, suggestive of her consciousness having survived the death of her body.1  This prompted him to become a member of the Society for Psychical Research, which in turn led to his 1977 investigation with Guy Lyon Playfair of the Enfield poltergeist, one of the most striking events of its kind in modern times (see below).

As chairman of the SPR’s Spontaneous Cases Committee from 1981 (a post he held for two and a half decades) he investigated a large number of other alleged paranormal incidents. He was co-opted to the SPR Council in September 1979 and was appointed assistant honorary treasurer in 1980.

On joining the SPR in 1977 Grosse asked to be involved in any cases that arose. Shortly after this, the tabloid Daily Mirror reported unusual phenomena occurring at a house in Enfield, a suburb of North London, and appealed to the SPR to carry out an investigation; the SPR duly contacted Grosse.  The case concerned a house occupied by a 47-year old woman with four children where unexplained disturbances typical of so-called poltergeist activity were occurring: displacements of heavy furniture and household objects, doors opening and closing untouched, and the like. The phenomena continued for eighteen months, witnessed by neighbours, journalists, police officers and others. In the later stages they included obscene language, apparently voiced by a gruff old man, in the mouth of eleven-year-old Janet.

Grosse and Playfair made hundreds of cassette tape recordings of the noises and the anomalous voice (these have now been digitalized and described in print).2 So convinced was Grosse of the voice’s authenticity that he offered £500 (later £1000) to the family of any normal eleven-year old girl who could duplicate it.3

Other evidential cases investigated by Grosse included a second North London poltergeist-type disturbance, also alleged hauntings in the King’s Cellars pub in Croydon, South London, and the London office of the Rank Xerox Company. He joined fellow SPR investigator Mary Rose Barrington investigating the case of a boy who was seemingly the focus of unexplained rappings, which video footage indicated was produced at least some of the time by the boy himself.4

Grosse built up a large collection of photographs sent in by members of the public. Many had a normal explanation, but some were more difficult to rationalize. One, a photograph taken in an Austrian restaurant in which an extra figure appeared, is still unexplained despite expert examination and enquiry.5

Grosse was involved in a curious incident that was captured on video during a haunting investigation at Charlton House, South London. He was being filmed as part of the BBC’s Video Diaries series (1996) when a china cup seemingly materialized and exploded in front of him. A BBC sound engineer concluded that the sound was that of an implosion rather than that of a falling or smashed cup,6 and subsequent attempts to replicate it failed to produce a similar disintegration pattern.

He also valued plain speech, and was critical of the academic jargon often used in parapsychological journals.7  He was sceptical insofar as he questioned what he experienced, but impatient with people who failed to be moved by the evidence and clung to what he called 'rigid laws of normality'.8 He was a practical investigator, yet was notably sensitive of the needs of people involved in his cases.

In an unfinished memoir he wrote:

The evidence, as far as I am concerned, is weighted heavily in the direction of the mind being a spiritual entity that controls the mechanism of the brain. I believe it operates in a dimension that can only be theoretically perceived with our present knowledge, although the anomalies displayed in the study of quantum physics may one day help to explain this extraordinary relationship. It may be, of course, that while we retain our physical bodies within the confines of our five senses, it is impossible to understand the complexities of a non-physical existence and the influence it may have on our everyday experiences.

Putting the case for psychic research has never been easy. Researchers have to overcome many obstacles when presenting the results of their labours to the wider community. There appears to be a strong undercurrent of belief that what is not understood does not exist. It may stem from a very deep-rooted fear of the unknown or just a refusal to recognise anything that cannot be appreciated by our senses. This type of refusal might at first glance appear to be a sensible and logical way to approach our particular subject because we are dealing with the inexplicable. Yet are not other branches of research also dealing with much that is unknown and inexplicable?9

The following list omits case reports, unpublished essays and lecture notes (now lodged in the SPR’s Cambridge archives) and Grosse's regular correspondence in the  SPR’s Journal and Paranormal Review (some of which is listed in Literature, below, notably with regard to controversy arising from the Enfield case).10

Enfield revisited: the evaporation of positive evidence (with Guy Lyon Playfair) (1988). Journal of the Society for Psychical Research 55, 208-19.

Report on psychokinetic activity surrounding a seven-year-old boy (2001, with Mary Rose Barrington). Journal of the Society for Psychical Research 65, 207-17.

Grosse, M. (1979b). Correspondence. Journal of the Society for Psychical Research, 258. 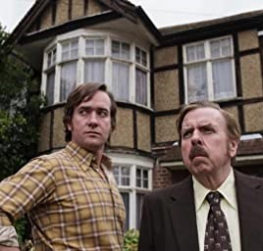 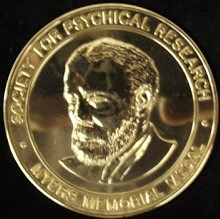