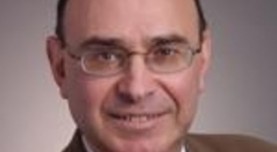 Morris Freedman is a Toronto-based neurologist who has carried out experiments suggesting that psi effects may be facilitated in individuals who have suffered frontal lobe brain damage.

Morris Freedman is a professor in the Department of Medicine (Neurology), University of Toronto, and Head of the Division of Neurology and Medical Director, Cognition and Behaviour, at Baycrest Health Sciences, also in Toronto. Freedman is a mainstream neurologist who does both clinical and research work focused on dementia in the field of behavioural neurology.

In addition to his mainstream focus, Freedman has a strong interest in psi and has built on his background and knowledge in neurology to develop an innovative approach to studying psi and the brain. His main hypothesis is based on the concept that psi is a universal phenomenon but that this ability is suppressed in humans by the frontal lobes of the brain, that is, that the frontal lobes act as a filter to inhibit psi.  Freedman speculates that this is why psi effects are so small and hard to replicate.

Freedman’s research focus over the last 15 years (more so in recent years) is studying participants with frontal lobe brain damage with the hypothesis that damage to the frontal lobes will dampen the filter that inhibits psi and that psi effects will thus be enhanced in this group. Freedman speculates that the mechanisms by which psi abilities manifest in a normal individuals involves suppressing the frontal lobe functions that serve to inhibit psi.1 His psi research is currently focused on determining which parts of the frontal lobes act as a psi inhibitory filter.

An initial study was inspired by a suggestion that reduced self-awareness might facilitate PK, such as effects on random systems, and that the ideal participants to study – following from the rationale above – would be individuals with frontal lobe lesions.  The experimental task was to influence the output of a random event generator translated into movement of an arrow on a computer screen, either to the right or left. In this experiment, in which Freedman and his colleagues examined the PK performance of  both normal individuals and individuals with frontal lobe lesions, participants had to mentally ‘push’ an arrow to the left or right of a vertical bar in the middle of a computer screen. Their performance on this task was compared to a control condition in which they didn’t intend to influence the movement of a bar on the screen, a comparison that provided a measure of the PK effect. The approach differed from that of the PEAR lab, which relied on a comparison between the observed mean output and its theoretical value.

Analysis of results found chance level performance across both normal participants and individuals with frontal lobe lesions with one stark exception. This was the right-intention PK data from an individual with an extensive lesion in his left frontal lobe (p = 0.0015). Freedman speculates that – because of the contralateral nature of brain processing – the extensive lesion on the left may have resulted in reduced self-awareness when attention was directed towards the right, and that this might have released latent PK ability.  In a replication study with the same subject, Freedman and his colleagues successfully reproduced the effect above (p = 0.0115).2

In a second major study done more than a decade after the original work, Freedman and his colleagues attempted to identify specific frontal brain regions that may inhibit psi expression. Similar to the previous research, the experimental task was to influence the output of a random event generator translated into movement of an arrow on a computer screen, either to the right or left. In two participants who showed a significant PK effect in moving the arrow to the right, frontal volume loss was determined using brain MRI (magnetic resonance imaging).  The primary area of lesion overlap in both patients was in the left medial middle frontal region, which corresponds closely to frontal lobe brain regions associated with self-awareness.  The significant PK effect in moving the arrow to the right was contralateral to the side of the primary lesion.

Interestingly, the effect sizes were much larger in participants with frontal lobe damage compared to normal participants. Freedman and colleagues concluded that the medial frontal lobes may act as a biological filter to inhibit psi through mechanisms related to self-awareness.3

To further explore the role of frontal lobe activity in modulating PK expression, Freedman and his mainstream colleagues carried out a pilot study to examine EEG activity in six healthy volunteers as they tried to influence the output of a random event generator; as in the previous studies (described above), the machine’s output was translated into the movement of an arrow on a computer screen to the right or left. Because it was assumed the vast majority of arrow movements would be the result of pure chance, only bunches of three or more consecutive arrow movements in the same direction were considered as potentially related to PK ability. Using this rationale as a foundation, Freedman and his colleagues found that, indeed, there was a difference in EEG activity in the right frontotemporal region during the one-second interval before the target runs with a significant effect for right intention (p = 0.0469) and a borderline effect for left intention (p = 0.078). These pilot data suggest that the right frontotemporal region may be part of a network that facilitates PK effects. However, the results require replication.4

Freedman continues to explore the role of frontal brain regions on psi expression using existing and novel experimental designs. He proposes that defining a role for the brain in the mechanisms of psi will significantly advance this controversial field and will help place it firmly within the realm of mainstream consciousness research in neuroscience.5