The Phenomena of Astral Projection (1951) 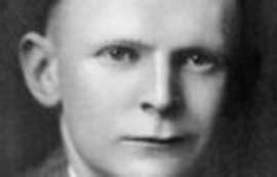 Classic study of out-of-body experiences described in the context of the occult idea of 'astral projection', co-written by an adept experiencer and a veteran psi researcher, with case studies .

The book The Phenomena of Astral Projection is an important discussion of out-of-body experiences first published in 1951. It was co-written by Sylvan J Muldoon (1903-1969), an astral projector and compiler of cases, and psychical researcher Hereward Carrington (1880-1958).1 The book followed two previous works, The Case for Astral Projection by Muldoon,2 and The Projection of the Astral Body by both authors.3

The Phenomena has two main sections. The first, consisting of eight chapters, discusses the ‘doctrine of astral projection,’ including the idea that a human being has a ‘subtle body, normally coinciding with the physical, which is the body he inhabits after death’4 Such a subtle body, the authors write, can in some circumstances temporarily leave the physical body during the person’s life.

Muldoon and Carrington believe ‘astral projection’ implies that the mind is independent of the physical body, something that supports the idea of an etheric brain. This, they write, ‘certainly seems but a short step to the acceptance of an etheric body, separate and apart from the physical, which body we may inhabit at death, and which constitutes the vehicle of the mind in astral projections.’5

The existence of a subtle body is said to be shown by various lines of evidence:

First, there is the massive weight of human belief and testimony, from the earliest times to our own day, in all parts of the world, and among civilized and uncivilized peoples. Second, we have those cases of apparitions in which the phantom-form seems to exhibit a mind of its own—often imparting information unknown to the seer at the time, but afterwards verified. Third, we have those cases in which material effects are apparently produced by the phantom, or its image appears upon photographic plates. Fourth, we have instances of materialization, at séances… Fifth, we have cases of astral projection, in which the subject sees his own phantom body, and is occasionally seen by others. In these last instances especially, we have evidence that the phantom form possesses a mind of its own, separate and distinct from the physical brain and body, which latter may be seen resting upon the bed. The cumulative mass of such testimony is, we submit, most impressive, and gives us the right to believe that such a ‘spiritual body’ exists—as St. Paul long ago stated.6

The authors point out that apparitions of the living are not necessarily the same as astral projection. Such apparitions do not always include the sense of being out of one’s body. Furthermore, the authors do not postulate, as some occultists do, the existence of various subtle bodies. They write: ‘We have classed them one and all under the simple, generic term, ‘the astral body.’ By this we mean a ‘double’ of some kind…’7

The second section, consisting of nine chapters, presents over 100 cases, most of them previously published.  Apart from the final chapter, which briefly describes 36 unclassified cases, the authors cover deliberately induced projections, and those that happen under the effect of drugs, suppressed desire and other emotions, during accidents, illness, sleep, and while the person is awake. The latter include examples of experiences in which the person’s physical body was active while consciousness was felt to be exteriorized.

A case of this sort describes a woman taking a walk:

I was conscious of rising higher and higher, with each gliding step, until I ‘levitated’ about the height of a one-storey building…I was dumbstruck to see ‘myself’ left behind some distance… Looking down at my physical body… I had a great pity for it… I was…fully conscious in my astral body…and saw the eyes in my physical body moving and scrutinizing ‘me’ with a look of wonderment… A moment later my consciousness suddenly shifted to my physical body and, looking through its eyes, endeavouring to figure out the situation, I saw my astral body in space… This occurred several times…8

A chapter titled ‘Projections at the Time of Death’ in fact is not about out-of-body experiences by dying individuals, but rather cases in which bystanders around deathbeds saw mists, lights or subtle bodies emanating from a dying person. One such case, first reported by Dorothy Monk in 1922,9 involved several members of her family. She is quoted as follows:

In our family circle we were witness to an extraordinary phenomenon at the death-bed of our beloved mother, and it impressed us deeply… After a long illness…our mother died from heart failure. About seven o’clock on the evening of that day, the sick woman, while in coma, opened her mouth, and at that moment we all observed a little thick white cloud forming over her head. Although we observed no movement in it, its density varied ceaselessly. Five of my sisters were with me, and all saw this… My brother and brother-in-law entered the room and also saw the phenomenon… A blue light lighted the cloud and it was shot through with blue scintillations.

We saw that the lower jaw of the dying woman continued to open slowly. For several hours there was no notable change in this phenomenon, with the exception of an aureole of luminous rays of yellow tint about the head of the sufferer… We counted seven of these rays whose length continually varied between twelve and twenty inches.10

Another chapter describes projections involving spirits. An example is a case of a man sitting down:

I felt myself being pulled upward and saw myself going up out of my body! I kept going up until I was near the ceiling… Then a voice spoke to me: ‘Do not be afraid,’ it said, ‘you do not need to worry—you will get back there again’…11

In their conclusion, Muldoon and Carrington mention common features. They write:

In a large percentage of the cases we find mention of floating and soaring, of being above the body and looking down upon it, of floating above the physical body, of being suspended in the air, of the astral cord uniting the two bodies, of cracking and snapping sensations and sounds in the head, of catalepsy, physical numbness and the inability to move, of the momentary blanking of consciousness when entering and leaving the body, of the feeling of depression just before projection, of the feeling of  ‘repercussion’ when again entering the body, of the belief that one is dead, etc. These characteristics are repeatedly found throughout the cases reported, and it is interesting to note that they are seemingly so universal and so identical.12

In common with others who had previously written on the topic, Muldoon and Carrington believe that the experience of being out of the body implies survival of death:

The universe seems to be, at basis, rational and spiritual in nature, and there is assuredly a narrow gulf between these phenomena and death itself. As Myers expressed it years ago, ‘death is but the irrevocable projection of the spirit.’ In the one case it is temporary; in the other permanent. But death is no more ‘terrible’ and no more ‘miraculous’ than these projection phenomena, and we have seen that, in many of these cases, the experience proved so delightful that the subject did not want to return to earth life at all! The transition into the spiritual world proved both easy and pleasant, while the experience in that world was little less than ‘blissful’.13

Interestingly, the book received little comment in parapsychology journals. One skeptical reviewer asked: ‘How reliable are the perceptions of people under such circumstance?’14 Another considered the idea of projection to be unfounded.15 However, the book was influential, being widely cited over the years in the out-of-body experiences literature.16 Reminding us of the variety of features of the cases, as well as the circumstances of their occurrence, The Phenomena of Astral Projection stands as an important contribution to our understanding of the subject in the modern period.

Schwartz, E.K. (1952). Review of The Phenomena of Astral Projection, by S.J. Muldoon and H. Carrington. Journal of the American Society for Psychical Research 46, 161-63. 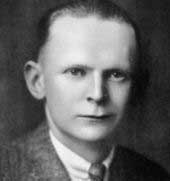 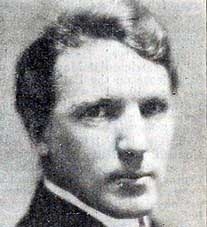