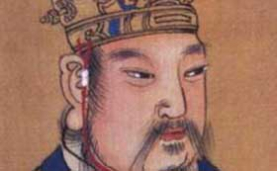 This article describes some recent experimental and theoretical work in China, including successful attempts to train ESP abilities in blind children. It has been contributed by Professor Yi-Fang Chang, a physicist and experimental parapsychologist at China’s Yumman University.

Psi phenomena has been accepted in Chinese culture from earliest times to the present day. In Buddhism, Confucianism, Taoism and traditional Chinese medicine, the development of psi facilities by practitioners in meditative practice is taken as a given.

Stories of psi occurrences in many forms are found in the Records of the Grand Historian, or Shǐjì (史記 ), a history of all the dynasties of ancient China from earliest times that was compiled around 100 BC.  Wu Ding (1271-1213 BC), for example, was a notable king of the early Shang dynasty who, wishing always to be wise, engaged Fu Shuo as his prime minister because he had found Fu Shuo’s telepathic ability an invaluable aid in guiding his decisions.

In the adjacent Western dynasty, King Wen of Zhou  (1231-1135 BC), another enlightened leader who established the I Ching as the enduring manual of divination with its 64 hexagrams, had an outstanding prime minister Jiang Ziya who, known as the ‘master of strategy’ could both read his mind and divine the future.

The physicist Leping Zha introduced the systematic study of psi in the People’s Republic of China in the late 1970s. In China, psychokinesis is included in the ‘somatic sciences’ that study exceptional functions of the human body such as qigong. Leping Zha’s historical account of the three phases of China’s modern somatic sciences between 1979-20011 includes reviews of hundreds of claimed successful experiments across the parapsychology spectrum.

The Institute of Somatic Science of Yumman University was founded in 1980, where successful experiments have included the advancing and retarding of a clock by means of mental intention in the absence of any known physical force.2

Paranormal effects have been measured by Raman spectroscopy, and a psi bio-ray detector has been developed using light sensitive semiconductors or photomultipliers that can measure changes in bio-photon emission rates from body cells correlated with psi activity.3

Professors Deying Chu and Shao Linxiang, biochemists at Beijing University and Zhejiang Normal University respectively, investigated the effects of EQQ, finding that directed EQQ could kill cultured cancer cells in vitro and inhibit in vivo tumor growth, also that it could relieve symptoms and even effect a complete cure in many illnesses. EQQ has also been found to enhance seed germination and plant growth, increasing crop yields. It has been found that EQQ prepared water can be imprinted with Qi and can inhibit bacterial proliferation, induce cancer cell apoptosis and promote the growth of normal cells.4

The Mind-Matter Parapsychology Phenomena and Study Kumming Ltd, registered in Kumming (capital of Yunnan province) has recently been established. These associations can also call upon the expertise of scientists such as Shao Linxiang (Kochi University of Technology), Leping Zha and Dong Shen.

Near-death experiences and the traditional Chinese culture that includes communication with the dead and other discarnate entities are now under investigation using modern scientific methods. We Kang, for example, has edited the Dictionary of Chinese Mysterious Culture (1993) in which he has identified and codified a wide range of psi phenomena that offer themselves for scientific inquiry.

During the summer periods of 2012-2015, the Training Group on the Potential of Blind Children, Southern China Branch, in co-operation with the facilities offered by Lady Tang Kai-Ting of Taiwan in Beijing, found that by using a method combining scientific memory and the practice of Qigong over a period of time, many blind children could learn to distinguish different colours by touch on the nose or ear, and even recognize the outlines of simple figures and numbers, thus improving their quality of life.5

Using more advanced training methods, Dr Chuang Chung in Taiwan and Professor Tai-Chun Yang in Sichuan with Lady Tang Kai-Ting have further improved the ability of blind children to ‘see and read’ through skin contact. Some children can now ‘skin read’ the colour, number and figure (animal shapes) on separate cards in some cases at up to 45 cards per minute, often with 100% accuracy. Blind children can be taught to telepathically communicate with each other and have even been taught to get together in a ‘virtual space’ and move objects by virtual PK. Sighted children can be taught to develop their PK abilities to fold strips of paper or break matchsticks held in transparent sealed containers, and even write a few tiny words such as ‘Mother I love you’ and a figure of ‘love’ on a sealed match stick (fig 1) by using a mind controlled ‘virtual pen’.6

Fig.1 Tiny words (‘Mother I love you’) and a figure of ‘love’ inscribed by PK on a sealed matchstick.

Children can also be taught to develop their psi abilities to achieve ‘psi-calculations’, communicate with spirits and with plants and perceive at a distance (remote viewing).  Our research has demonstrated that the potential to develop ESP/PK abilities in both blind and sighted children is universal, independent of nation, religion and belief.

From his investigation of precognition, including prophecy and premonition, Yi-Fang Chang proposes that earthquakes might be predicted with greater reliability if instrument readings and probability assessments based on magnitude-period formula could be combined with anomalous psi cognition to form a multilevel network forecast.7

Yi-Fang Chang has demonstrated how, in seismology, a magnitude formula of earthquake prediction derived from the Gutemberg-Richter law, which expresses the relationship between the magnitude and periodic number of earthquakes in any given region, plus nonlinear dynamics was reasonably successful in correlating the intervals and dates of Californian earthquakes and their relative magnitude from 1852-1986. Including psi prediction would improve accuracy.

As so many experiments have demonstrated that psi-based functions exist there must be a reality in which they can occur. Yi Fang Chang has proposed that in addition to the four fundamental, interactional force fields of physics – long range gravitational and electromagnetic fields, weak nuclear force and strong nuclear force – there is a fifth force field, which he terms the thought field, that is generated by every thought and idea.8

This mental field has properties analogous to quantum nonlocality, he argues. He has proposed that its energy is directly proportional to its frequency: its basic formula is E=Hv where v is the frequency and H is an as yet undetermined coefficient. Its frequencies can be strong or weak, and orderly or disorderly. The thought field is a fifth field, middle-range interaction force, with a variable range of action over distance. Together, the five fundamental forces comprise what he has termed as a Superworld related to each other (see figure 2).

The outcome of experiments with blind and normal children imply considerable neuroplasticity changes can occur in the brain. Yi-Fang Chang9 has proposed that the sensory systems of touch, sight, smell, etc, may work together to create a transformatory network, analogous to synesthesia as explored by Cytowic and Eagleman,10 with a reorganization of neural circuitry as described by Edelman.11  This possibility seems to have been foreshadowed in the Six Sense-Organs Intersubstitution with regard to Eye-Ear-Nose-Tongue-Body thinking in Buddhism. The relationship between mind and the associated cerebral activity of consciousness was explored by the neuroscientist John Eccles12 in terms of a phase transition, raising the possibility of mind existing outside the body, relating back to the concept of a thought field.

Having assessed more than a thousand successful psi experiments since 1990, professor Si-Chen Lee and colleagues at the National Taiwan University have, like Yi-Fang Chang, proposed the existence of an extra space-time ‘information field’ within the thought field of high level consciousness. Modern neurobiology has shown that neural systems are of ever-changing variability around a mean, a reason why replications of previous experimental findings can be hard to obtain.

Si-Chen Lee’s proposal is a mathematical model of mental space-time based upon the concepts of Kähler geometry, the ‘Kähler manifold’, a particular form of the Riemannian complex manifold.

Leu Ying Jong has proposed that the ancient Chinese medicine of zhuyou, a form of healing that calls upon the collective unconscious and cosmic higher wisdom, implies the existence of a cosmic ‘information field’ that can be tapped into by advanced mental practices.

Dr Albert So has studied Feng Shui, which is comprised of two schools of study: the Form School and the Compass School. In the latter, the popular Nine-Palace-Flying-Star method has apparently achieved successful quality of life results that allow for a mathematical analysis. It has been found that a well-balanced Feng Shui environment can be very psi-conducive. The Inedia (BiGu) system of ‘right living’, following a Taoist diet that avoids or reduces cereals and meat, allows an increased absorption of beneficial Cosmic Qi. This practice is widely applied in Confucianism, Buddhism and traditional Chinese medicine.13

In October, 2011, the first conference on Chinese Traditional Culture and Research into Parapsychology was held in Kumming. This resulted in a book of the same name, the first Chinese academic research book in parapsychology (published by the China Publishing Group World Publishing Corporation). It contains 31 articles and is edited by Yi-Fang Chang (professor at Yunnan University and vice-chairman of the International Chinese Parapsychology Association), Gong Zhe-bing (professor at Wuhan University) and Leu Ying Jong (professor at World Organisation of Nature Medicine University, and chairman of the International Chinese Parapsychology Association). Reviews can be found in NeuroQuantology 201214 and World Institute for Scientific Exploration Journal 2016.15

The first article, on ‘String Theory, Universal Mind and the Paranormal’, is written by Professor Brian Josephson. In ‘Thought Field, Three Methods of Research Parapsychology and Three New Possible Results’, Yi-Fang Chang discusses the special characteristics and functions of psi phenomena as related to modern science, traditional culture and religions.

Nianlin Zhu discusses PK teleportation, in terms of new concepts of spatial reality in which PK-space interacts with what he terms the ‘bright point’.

Other theoretical chapters explore PK in relation to interactional, high dimension space-time, with applications to nonlinear biological reactions, and theories concerning the nature of dark energy, dark matter, the quantum micro-universe, multi-universe membranes and superstrings. The relationship between these cosmological physical theories, psi phenomena and Buddhist philosophy are also explored.

In November 2016, the Second Conference on ‘Chinese Traditional Culture and Research into Parapsychology’ was held in Kumming, presented by the International Chinese Parapsychology Association, which now includes some 280 experts in the field of psi phenomena. The proceedings of this conference will be presented in a new book consisting of 33 articles and brief biographies of notable Chinese psi practitioners.

Note: this article was contributed by Professor Yi-Fang Chang, Department of Physics, Yumman University, Kumming 650091, China. Professor Chang is also president of the Southern China Branch of the Chinese Parapsychology Association. He can be contacted at yifangch@sina.com

Eccles, J.C.  (1974). Cerebral activity and consciousness. In Studies in the Philosophy of Biology: Reduction and Related Problems, ed. by F.J. Ayala and T. Dobzhansky, 87-107. Oakland, CA: University of California Press.

Leping Zha & McConnell, T. (1991). Parapsychology in the People’s Republic of China.  Journal of the American Society for Psychical Research 85, 119-41.

Leping Zha (2001). Review of History, Findings, and Implications of Research on ‘Exceptional Functions of Human Body’ in China. In Proceedings: Bridging Worlds and Filling Gaps in the Science of  Healing, (Hawaii), November 29-December 3, ed. by R.A. Chez, 177-202.

Yi-Fang Chang (1988). Special function and the thought fields in biology. In Puzzles and Prospects in Forward Positions on Science. Hunan Science and Technique Press, 357-65. 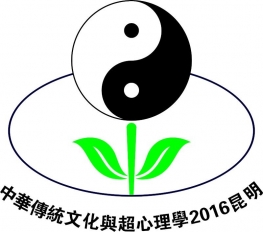