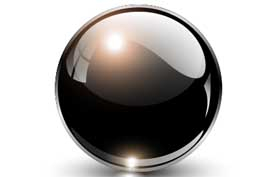 This article describes explorations by Raymond Moody of a mirror-gazing technique originally used by ancient Greeks to contact the dead. Moody, an American physician and pioneer of near-death-experience research, experimented with several hundred individuals in his purpose-built ‘psychomanteum’, from which he concluded that the method seems frequently to result in therapeutic contacts. He described these experiments and the results in his 1993 book Reunions: Visionary Encounters With Departed Loved Ones.

From his research of near-death experiences (NDEs), Moody observed a powerful therapeutic effect following seeming encounters with deceased loved-ones. He was also aware that spontaneous encounters are frequently claimed by widows and other bereaved persons, similarly helping to alleviate grief. Wondering whether such encounters could be artificially stimulated, he began to explore the literature on ‘mirror-gazing’, for instance, example, Northcote W Thomas’s 1905 book Crystal Gazing, which describes how mirrors, crystals, still liquids and other reflective surfaces have been used throughout history for this purpose.1

The ancient Greeks consulted a ‘psychomanteum’ (oracle of the dead), such as that mentioned in Homer’s Odyssey where Odysseus, gazing into a pit filled with the blood of sacrificial sheep, is reassured by his deceased mother that her passing was not violent or painful. In the 1950s, an actual psychomanteum was excavated at Ephyra in the western Greek province of Epiros. Within the ruins of a subterranean complex, fragments of a giant bronze cauldron were found; possibly both its polished exterior and liquid it contained were used as reflective surfaces.

Shamanic mirror-gazing traditions are found in Siberia, Madagascar, North America and parts of Africa. In the Christian era, mirror-gazing appeared sporadically and was discouraged by religious authorities. In Shakespeare’s Macbeth, the three witches conjure apparitions from the depth of a cauldron. The English queen Elizabeth I consulted with John Dee, a polymath scholar who set up a mirror-gazing room in his house and recorded in detail the visions experienced by his guests. Goethe’s Faust features frequent references to mirror-gazing techniques for invoking spirits of the dead and other purposes.

A large-scale ‘Census of Hallucinations’ published by the Society for Psychical Research in 1884 includes many accounts of apparitions spontaneously observed in mirrors and other reflective surfaces.2

Moody prepared a ‘modern-day psychomanteum’, equipping a special room with a large mirror on one wall and a chair angled so the person sitting could not see his or her reflection. Black velvet curtains blocked the windows; the only light source was a small lamp positioned behind the chair.

Moody spent several hours preparing to invoke his late maternal grandmother, viewing old photographs and recalling memories. An hour spent gazing into the mirror produced no result. However, he reports that an encounter with a different relative, his paternal grandmother, occurred shortly afterwards.  The apparition appeared healthy and much younger than her age at death. He describes her voice as clearer than he remembered, with a ‘crisp, electrical’ quality, and yet she appeared also to be in mental communication with him.

Moody states that his relationship with this relative, which had been poor, was healed as a result of the encounter. He concludes that the technique may stimulate a meeting that the user needs for healing and growth purposes, instead of the one the user hoped for.

For his first experimental subjects, Moody selected ten mature individuals, mainly professionals, who were interested in human consciousness, emotionally stable, inquisitive and articulate, and not influenced by occult ideologies. During a lengthy preparation period, the subjects talked about the relationship with the person they hoped to contact, sometimes following that with a relaxation session. The subject then entered the psychomanteum booth, with instructions to gaze deeply into the mirror. Following the sessions, five of the ten reported having seen and in some cases communicated with apparitions of deceased relatives.

From 1990 Moody continued mirror-gazing research in a purpose-built ‘Theatre of the Mind’ set up to encourage altered states. By the publication of Reunions in 1993, he had interviewed about three hundred people about their experiences there. He notes that the experience often began with the appearance of a mist or smoke, accompanied by colours, geometric shapes or lights. The deceased individuals appeared healthy and vital, and often younger than they had been at death. Other findings were as follows:

One person encountered a sister who had died in a car accident, communicating with her both in a near-death experience and using Moody’s psychomanteum. In the latter, the sister was not visually seen as she had been during the NDE; however, the subject reported that on an emotional level there was little difference between the two experiences.

Moody notes that historically mirror-gazing has been discouraged, for reasons such as

He also notes that the practice does not sit well with modern, technology-based lifestyles. However, he emphasizes that purposeful mirror-gazing in a controlled setting is not dangerous or frightening, but rather transformative and potentially therapeutic, with the potential to alleviate worries about a loved one’s death and provide solace. He suggests that parapsychologists, psychologists, grief therapists and historians might explore the technique as a way to enhance their work, and offers instructions about how to create one’s own psychomanteum for personal healing and growth.

Sidgwick, H. and Committee (1894). Report on the Census of Hallucinations. Proceedings of the Society for Psychical Research 10, 25-422.

Thomas, N.W. (1905). Crystal Gazing: Its History and Practice, with a Discussion of the Evidence for Telepathic Scrying. New York: Dodge Publishing Co. 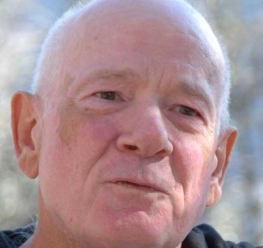