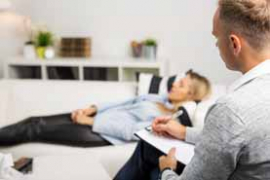 This article reviews the development of regression techniques in hypnotherapy, in which apparent past life memories are treated less as descriptions of true events than as metaphorical stories that assist with healing.

When past life stories appear, the therapy has been referred to as past life regression. However, regression therapy does not try and prove the truth of these stories; rather, it uses the client’s interpretation as a metaphor, a means of providing a powerful transpersonal experience for healing. When traumatic memories are the source of the problem, regression therapy includes body memory transformation. Medical professionals, psychiatrists, psychologists and other regression therapists work to a single international standard set by the Earth Association of Regression Therapy.4  ‘Among psychotherapists, regression is regarded as a valuable psychiatric technique by many reputable practitioners’.5

Sigmund Freud introduced the idea of bringing the unconscious mind to conscious awareness for healing, and has been regarded as the grandfather of modern Regression Therapy.6  Carl Jung’s use of active imagination has also influenced the development of guided imagery techniques used in Regression Therapy.7

In the 1950s, British psychiatrist Alexander Cannon regressed over 1400 patients with symptoms that were not curable by conventional means, observing significant improvement.8 By the late 1960s and 1970s, the use of hypnotic age regression had become generally accepted by the medical profession.9   The ‘affect bridge’ technique enables a person to connect quickly with a relevant past memory by means of an emotion, and this gave momentum to the initial development of Regression Therapy.10

Denys Kelsey, a British psychiatrist who worked with regression, concluded in the 1960s that the origin of some psychiatric problems may reside in past lives.11 In the following decade four books on past life regression were published: Deep Healing by psychologist Hans Ten Dam; Reliving Past Lives by clinical psychologist Helen Wambach; You Have Been Here Before by psychologist Edith Fiore; and Past Lives Therapy by Morris Netherton. These books had in common a therapeutic use of past life stories.12

In the 1980s Roger Woolger taught the value of working with the body, pioneering the regression technique of combining body psychotherapy with psychodrama to release the traumatic memories embedded in particular body memories.13

In the early 2010s Dr Peter Mack, a regression therapist and practising surgeon from Singapore, wrote two books about his patient’s healing stories: Healing Deep Hurt Within14 and Life Changing Moments in Inner Healing.15 There followed in 2013 an international meeting of psychiatrists, medical doctors and clinical psychologists using regression therapy, from which was formed the Society for Medical Advance and Research in Regression Therapy.16 The Society published its first book, Inner Healing Journey – A Medical Perspective, in which six medical doctors, including two psychiatrists, shared eleven client healing stories using Regression Therapy.17

Regression Therapy regression is based on the principle that ill health follows when emotional stresses have overwhelmed and weakened the body’s defences. As a protective mechanism against hurtful unexpressed emotions, the mind learns to anesthetize their intensity and block them off from conscious awareness, leaving behind a scar of unprocessed emotional tension.18  This may spill over in emotional outbursts or manifest as a headache, insomnia, peptic ulcer, irritable bowel syndrome, chronic fatigue syndrome or some other psychosomatic illness.19 There is a physiological imperative for our human system to release stress to restore inner balance, and Regression Therapy provides the setting needed for this to take place.20 Emotions are often expressed by sobbing and crying, known as abreaction or catharsis.21   When patients understand why they are ill, the emotions have been released and transformed, enabling healing to take place.22

Holistic and Medical Models of Healing

Conventional medicine, based on classical science and the materialist philosophy of René Decartes, sees illness as a random event, and the cause and cure of disease as coming from outside the human body. In contrast, the holistic health model in regression therapy sees illness and healing as coming from within the individual.23  It is based on the principle that the body reflects the deeper struggles of the person’s entire life. Hence, illness is deemed not to occur randomly, but rather when emotional, psychological or spiritual stresses have overwhelmed or weakened the body defenses. The therapeutic objective is to assist the person to regain a healthy balance.24 In contrast to the medical model, the patient helps interactively during the Regression Therapy process.25

Use of Past Life Stories

Stories are the fundamental part of human experience. In particular, those that appear to relate to a past life have a deeper meaning for the client, working as a metaphor that enables the Regression Therapist to get to the heart of the illness.26  Changes are made possible by reframing27 or by Gestalt-like dialogue to obtain integration of the regressed experience.28 In hypnosis, time is transcended and there is no distinction between real and imagined, enabling empowerment and healing to take place.29  What is important in Regression Therapy is allowing the event to be experienced in a personalized way.30

With the technique of age regression, the hypnotherapist goes to the suppressed emotion of a life event that is thought to be causing a patient’s problem, often involving early childhood memories. This enables the person to release suppressed emotions in a safe environment, a powerful healing mechanism used in Regression Therapy.31

Psychologist John Bowlby established that early childhood memories can cause dysfunctional behaviours in later life.32   John Bradshaw introduced the use of concept of ‘inner child’ for unresolved childhood experiences, and psychiatrist Soumya Rao has described how this can be successfully incorporated into the Regression Therapy process.33

Bessel van der Kolk, director of the Trauma Centre at Boston University, says. ‘When the physical sensations of trauma produce intense emotions the therapy needs to consist of helping people stay in their bodies and understand the body sensations.’34 The body always carries the memory of past events and can provide an important bridge in regression therapy.35  More recently, psychiatrist Moacir Oliveira has shown how body therapy in combination with regression therapy can be used to resolve traumatic memories.36

A wide range of emotional problems have been resolved with regression therapy. Psychologists and medical doctors have resolved anxiety,37 anger,38 depression,39 self-harming,40 post-traumatic stress,41  phobias,42 and low self-esteem.43  Research has shown it reduces ticks in Tourette Syndrome,44 while psychiatrists and medical doctors have found it resolves blackouts,45  insomnia,46 migraine and unexplainable pain47 asthma,48 and autoimmune disorder.49

Hazel Denning analyzed the results of eight therapists with over a thousand patients between 1985 and 1992. Many of them sought Regression Therapy having tried other therapies without success.  After five years, 24% reported that their symptoms were completely gone, 23% reported significant improvement, 17% reported noticeable improvement and 36% reported no improvement.50

Ronald van der Maesen conducted several research programs in 1994 that investigated the results of Regression Therapy in the cases of 401 patients treated by 32 therapists. Six months after the end of therapy, 50% reported that their problems had been completely solved, 30% showed some improvement and 20 percent experienced no benefit. These results were obtained with an average 15 hours of therapy over six sessions.51

Regression Therapy may not produce the desired results if clients have difficulty entering a sufficient trance state, or if the patient is unwilling to be regressed to a major trauma.52 Some may be unprepared to take ownership of their healing or are unwilling to give up the symptoms because of secondary gains.53 It is not an appropriate therapy when a person is not able to think clearly and rationally or is delusional with more serious mental health problems.54

Critics have suggested the techniques of regression can produce false memories owing to the suggestibility of memory. This may lead to legal action, for instance based on claims of childhood sexual abuse.55 Regression therapists respond that this will not happen if they follow their professional training, which teaches them to ask questions, not to make suggestions.56

With regard to claims of past lives, skeptics insist that such apparent memories occur because the patient is motivated to please the therapist. Memories that appear full of apparently convincing details may be based on information that the patient was once exposed to, even if only briefly and a long time ago (cryptomnesia).57  Regression therapists point out that past life stories do not need not be factual for healing to occur, as they act as a metaphor carrying a symbolic meaning.58

Some therapists argue that reframing a memory becomes an obstacle to therapy, since it numbs a person to past events and hides the truth.59 Regression therapists would suggest that reframing should only take place after emotions have been released from a traumatic memory, when the higher consciousness insights can help the patient discover new ways of acting.60

Regression therapy is practised around the world. A convention is held every few years to share techniques, research and new developments. The First World Congress was held in the Netherlands in 2003. Since then, conventions have been held in Germany (2006),  Brazil (2009), Turkey (2011), Portugal (2015), and Goa, India (2017).61

In 2006, the Earth Association of Regression Therapy (EARTh) was founded. Its objective is to create and maintain an international standard in Regression Therapy and improve its professional acceptance by offering workshops and providing a meeting ground for conferences.62

Responding to the increasing need to advance the discipline within Medicine, the Society for Medical Advance and Research in Regression Therapy was formed in 2013 in Portugal. This international group carries out research into regression therapy, led by medical doctors who share a vision of bringing about the integration of complimentary and holistic approaches into medicine.63

Casimiri, D. (2013). Christians Remember Your Past Lives Learn How. Authorhouse.

Costa J. (1999). Reframing or Rescripting in Past Life Work. Journal of Regression Therapy 8/1.

Lawton I.  (2008). The Big Book of the Soul. Our Many Lives as Holographic Aspects of the Source. Rational Spirituality Press.

Mack, P.  (2015). Imagination, Imagery and Healing. In: N. Lee, & Mack, P. Mirrors of the Mind: Metaphoric Narratives in Healing. From the Heart Press.

Maier-Henle K. (2014). Self-love and Self-destruction. In: Inner Healing Journey, From the Heart Press.

Oliveira M.  (2014). Past Life Origin of Chronic Pain and  Body Therapy for Refractory Asthma. In: Inner Healing Journey. From the Heart Press.

Woolger, R. (1988). Other Lives, Other Selves: A Jungian Psychotherapist Discovers Past Lives. Bantam.