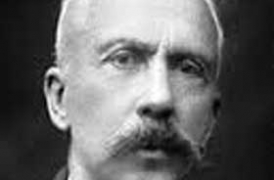 This article describes a ground-breaking 1884 paper by physiologist and psi researcher Charles Richet, devoted mainly to his use of statistics in telepathy experiments, an approach that became fully established only in the 1930s. The article was widely cited at the time, although it is more of historical than scientific interest today.

Charles Richet’s paper ‘La Suggestion Mentale et le Calcul des Probabilités’ (Mental Suggestion and the Calculation of Probability), appeared in the Revue Philosophique de la France et de l’Étranger,1 a leading journal dealing mainly with philosophy and psychology but that also published occasionally on other topics.2  In France at the time, the term ‘mental suggestion’ was widely used to mean telepathy, defined by Richet as the “influence that an individual’s thought exerts over a specific sense, without an appreciable exterior phenomenon on our senses, over the thought of a nearby individual’.3

Admitting he was dealing with an unusual topic, Richet started by asking readers to keep in mind the limits of scientific knowledge. In his view, science tended to respond to claims of telepathy by proposing ‘negative solutions, or two or three hypotheses equally improbable’,4 and he called for more observations and experiments. He went on to argue there were two types of improbable facts: absolute facts that cannot be contradicted, and relative facts that appear contradictory owing  to our ignorance of nature. The result of telepathy tests, he stated, were “improbable facts; but their improbability is entirely relative; in the sense that none of them contradict the known facts, acquired by science”.5

Richet went on to report certain experiments of his own that he evaluated statistically – a novel approach at the time. (JB Rhine, the American scientist who contributed much to parapsychology as a statistical science in the 1930s, credited Richet as the first to use ‘the mathematics of chance’ in evaluating results of telepathy tests.6) His tests consisted of guessing tasks that employed playing cards and photographs of statues, antique objects, paintings, and the like, also motor automatisms, the movements involved in table turning and the dowsing rod. By statistical analysis of the guesses Richet aimed to demonstrate that the ‘thought of an individual is transmitted without the help of exterior gestures to the thought of an individual located close to him’.7 Discussing the quantitative aspect of his work, he wrote:

Richet found it ‘completely implausible’ that these results could have occurred by chance in around 300 experiments.9 Following Pascal, he wrote: ‘If it was necessary to opt for the reality or not reality of mental suggestion, I would let luck decide; but I would give two chances to the hypothesis that suggestion exists, and one chance only to the opposite hypothesis’.10

Turning to the characteristics of telepathy, Richet described the phenomenon as ‘capricious, wandering, uncertain’.11 The process, he believed, showed various degrees of sensitivity. He also noted displacement and declines in participant responses.

Satisfactory results were acquired with adult participants who were ‘in good health, not hypnotized, nor hypnotizable…’,12 although two successful participants proved to be highly sensitive to hypnotism. The majority of participants were non-psychic, among them Richet himself and his friends. Five of the participants in the table tilting tests were childhood friends of Richet, two of whom were said to be mediums.

Richet went to on highlight studies carried out by other researchers, among them card guessing thought-transference experiments conducted by members of the Society for Psychical Research that on one occasion achieved five successive hits.13  He pointed out that with just one chance in 52 to select the target card from a pack of cards. The odds of getting five right in a row is one in 16,680,235, making chance highly unlikely as an explanation.

Richet’s paper was frequently cited  by contemporary researchers in France, among them Julian Ochorowicz (1887) and George Gilles de la Tourette (1887), although the latter failed in an attempt to replicate his findings.15  In Italy, Giovanni Battista Ermacora (1898) praised Richet’s work not just for its successful results but also because of the statistical method, ‘which seems appropriate to make evident the telepathic action even when it is extremely weak’.16

But critiques were also made of Richet’s statistical reasoning. In the US, Christine Ladd Franklin (1885) criticised his ‘unfamiliarity with the theory of probabilities’, a shortcoming which he believed rendered all but the most obvious of his numerical deductions ‘misleading and useless’.17 In England, Edmund Gurney (1884) wrote that Richet ‘presses the calculus of probabilities to a point where it ceases to be instructive, when he deduces from these results a provisional estimate of the probability of ‘mental suggestion’ as a fact in Nature’.18 Nonetheless, Gurney added that Richet’s paper ‘can hardly fail to be a permanent landmark in the slowly widening domain of psychical discovery’.19