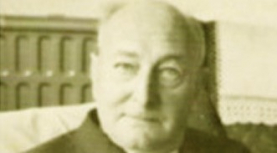 Robert Crookall (1890-1981) was an English geologist who in later life developed an interest in psychical research, publishing numerous collections of out-of-body experiences as evidence of ‘astral projection’ and postmortem survival.

Robert Crookall was born in Lancaster, England and was educated at Westminster College and Bristol University, where he studied chemistry, botany and psychology. He lectured in botany at Aberdeen University, then joined the staff of the Geological Survey of Great Britain, specializing in coal-forming plants. He resigned from his role as Principal Geologist in 1952 and devoted the rest of his life to psychical research, in particular out-of-body experiences (OBEs).

Crookall collected over three hundred testimonies of out-of-body experiences, deathbed visions and near-death experiences, also reports by mediums and clairvoyants, treating them as evidence of the occult notion of ‘astral projection’ and postmortem survival.  He published these in books, beginning with The Supreme Adventure (1961).

Crookall believed that a ‘vital body’ departs from the physical body during astral projection, remaining connected to it by a ‘silver cord’ that became severed at physical death. He pointed to evidence of cooperation between the living and the dead, and compared the reports to claims of Spiritualism and the major religions with regard to postmortem survival. He also discussed types of non-physical bodies and stages of reality, which he defined as:

In common with the French astronomer and psychical researcher Camille Flammarion, Crookall argued for trusting the integrity of the individuals who reported such experiences,2 some of whom, like the German Rudolph Schwartz and the Indian VD Rishi, were themselves investigators of the phenomena. He claimed that ‘the survival of bodily death (and of communication of survivors with mortals) is as well established as the theory of evolution’.3

He was especially convinced by OBE reports from the Hawaiian Islands,4 which he pointed out were practically identical to those reported in Europe and the USA, indicating that the inhabitants held similar ideas about the nature of man and astral experiences, despite their lack of general education.

Crookall believed that the musical element described by some experients provided further evidence for the etheric body being a separate entity from the physical body.5 One described hearing ‘beautiful music something like a pipe organ’. A sixteen-year-old ill in bed felt her body float upwards towards a golden light with the air ‘filled with beautiful singing’.6

Crookall’s work was positively received by likeminded reviewers. JD Pearce-Higgins, the vice-chairman of the Churches’ Fellowship for Psychical Study, found it ‘scientific in the best sense of the word – it is internally coherent, and provides a hypothesis which is consonant with the sciences, with philosophy and theology.7

It is less well thought of by parapsychologists, who regard it as overstated and excessively influenced by Spiritualist and occult ideas. Carlos Alvarado has drawn attention to the relatively small number of cases upon which he bases his conclusions, along with problems with his definitions and the misclassification of some experiences. He considers that Crookall’s work offers only ‘weak support for projection, not to mention the various subtle bodies he believes constitute human beings’.8

The Study and Practice of Astral Projection (1961). London: Aquarian Press.

The Next World and the Next. Ghostly Garments (1966). London: Theosophical Publishing House.

Events on the Threshold of the After-Life: ‘Clues’ as to ‘the Greatest of all Enigmas’ (1967). Moradabad, India: Darshana International.

What Happens When You Die (1978). Gerrards Cross, Bucks.: Colin Smythe.

Correspondence: Out-of-body experiences and cultural traditions (1968). Journal of the Society for Psychical Research 44, 358-62.

Postscript (1970). In NAD: A Study of Some Unusual ‘Other World’ Experiences. New York: University Books.

Postscript (1970). In NAD: A Study of Some Unusual ‘Other World’ Experiences. New York: University Books.

Alvarado, C.S. (2012). Explorations of the features of out-of-body experiences: An overview and critique of the work of Robert Crookall. Journal of the Society for Psychical Research 76/2, 65-82.