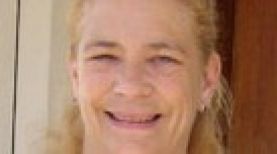 Serena Roney-Dougal is a British parapsychologist, educator and author. Her research has probed the relationship between meditation and psi performance, and she has speculated on a possible role in psi functioning played by the pineal gland.

Serena Roney-Dougal was awarded a PhD in 1987 by Surrey University for investigating subliminal and psi perception in the Ganzfeld. She taught parapsychology at Strode College and published on the role of the pineal gland in relation to psi.

Roney-Dougal has over forty years of study and experience in scientific, magical and spiritual explorations of the psyche, and has lectured and taught courses, seminars and workshops in America, India, Japan, Britain and Europe. She has written two well regarded books; Where Science and Magic Meet (1991) and The Faery Faith: An Integration of Science with Spirit (2002).

Roney-Dougal established the Psi Research Centre1 to teach and promote parapsychology, yoga/meditation and mental development techniques. Recently, her research interests have migrated towards understanding the role of meditation in psi functioning.

A classic laboratory experiment in the 1960s demonstrated that seedlings that were subjected to stress grew significantly faster than controls.2 Serena Roney-Dougal attempted a variation under field conditions on an organic farm in collaboration with veteran parapsychologist Jerry Solfvin. They instructed a healer to focus on enhancing germination rate, growth rate and health status for lettuce seeds that would be planted in a field. The study utilized double-blind controls in which a non-healer mimicked the actions of a healer. Out of the three measures only health status gave significant results with treated seedlings evincing less fungal disease than controls (p = 0.044).3

In a replication study with a different healer, the enhanced seedlings produced significantly more crop on the second harvest (p = 0.001) with significantly less fungal and slug disease (p = 0.05) than either the standard control or healer-mimicked controls. The healed seedlings resulted in an increased crop yield of 10% , a finding that carries obvious practical implications.4  In a third study, in which difficulties arose, the overall results were still significant (p = 0.048) attesting to the underlying robustness of the healing technique.5

Roney-Dougal explored the connection between long-term meditation/yogic practice and psi performance in an Indian ashram setting in 2003 and 2004. Yoga practitioners were stratified according to years of experience: students (0.3–15 years practice); sanyassins (1-10 years practice); and swamis (4-33 years practice). Volunteers were given a reflective awareness period in which they would try to precognize the contents of a target video that would be played on a laptop in the immediate future.  They then rated four target clips on a 1-100 scale for similarity with their awareness experience. Overall results were at chance levels, with marginal significance attained only by advanced practitioners and only in the 2003 experiments (p = 0.05).6

Continuing her ESP research with spiritual adepts, Roney-Dougal turned her attention to Tibetan Buddhists. Ancient Buddhist texts refer to meditation attainment and psychic ability, and the relationship was probed in a study in which a computer programme selected a target picture at random from a four-picture set of images related to Tibet and India. Roney-Dougal found a relationship between years of meditation practice and psi scoring (p = 0.05), although, in the first study, this result was confounded by strong psi-missing in a group of three Rinpoches (p = 0.05). There was no significant difference between the results of precognition and clairvoyant trials.7

A second study involving ten Tibetan Buddhist practitioners gave no evidence of psi scoring overall, and only a non-significant trend between psi and meditation experience (p = 0.22). However, the two most experienced meditators achieved significant psi scoring (p = 0.04), confirming the earlier finding. The correlation between years of meditation and average psi score for the combined studies is rho = 0.737, p = 0.005, 1-tailed – a similar level of correlation to that found in the earlier ashram studies.8

Roney-Dougal has also been active in compiling evidential reviews of the meditation-psi literature.9

In a similar line of research to the Tibetan study, Roney-Dougal conducted experiments over four years investigating the possible influence on psi performance of local geomagnetic field fluctuations and meditation experience. Twenty six meditators based at the Samye Ling Tibetan Centre in Scotland took part.10 Overall performance for males’ psi scores were significantly negative (p = .02, two-tailed); females scored at chance. No relationship with meditation experience was found, although it was noted that participants with the highest temporal lobe activity (as estimated by a questionnaire) showed the strongest relationship betweeen geomagnetic field and psi (p = .06). A possible reason for the disappointing results may have been the extremely low solar and geomagnetic activity during the study period – the lowest level recorded in a century.

Roney-Dougal has speculated on a possible role in psi functioning played by the pineal gland – a pea-sized area of tissue located at the centre of the brain between the two hemispheres.  She delineates a potential mechanistic pathway through 1) hormonal and neurotransmitter effects on creating psi conducive mood states, and 2) the influence of geomagnetic field (GMF) fluctuations on pineal function. She goes on to describe research relevant to each area, finding strong support for both.11

Speculating on the psychophysiology of the yogic chakra system, Roney-Dougal describes her theoretical research into the pineal gland as the physical representation of the ajna chakra, which in yogic lore is the command chakra in control of the chakra system. She further describes the positioning of the major endocrine glands as corresponding to the remaining chakra points. She proposes that ‘the endocrine system is the physiological aspect of the yogic spiritual tradition of the chakras, and that the autonomic nervous system can be equated with the yogic nadis.’12

Roney-Dougal, S, M (1987) "A comparison of subliminal and psi perception: Exploratory and follow-up studies," Journal of the American Society for Psychical Research 81, 141-182.

Roney-Dougal, S.M. (1989). "Recent findings relating to the possible role of the pineal gland in affecting psychic ability," Journal of the Society for Psychical Research 56, 313-328.