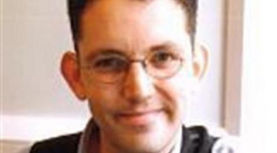 Simon Sherwood is a senior psychology lecturer at the University of Derby, whose research interests include anomalous sleep experiences, dream-ESP and hauntings.

From 1995 to 1998 Sherwood studied for a PhD at the Koestler Parapsychology Unit, University Edinburgh, looking at childhood predictors of reports of anomalous experiences and beliefs.

Sherwood’s research interests include the psychology of the paranormal and investigating hauntings and apparitions. He is also interested in the experimental investigation of dream ESP and investigating borderline states between waking and sleep (hypnagogic and hypnopompic states) and associated anomalous phenomena such as sleep paralysis.

Sherwood conducted a survey over the internet of anomalous experiences occurring during the hypnagogic state (falling asleep) or hypnopompic state (waking). Sherwood argues it is necessary to have knowledge of the complete range of anomalous sleep-related experiences before investigating whether such states of consciousness are psi conducive or rather misinterpretations of unusual but normal perceptual processes. His survey of nearly 500 respondents investigated the relative frequency of sensory modalities for hypnagogic and hypnopompic imagery, their content, and how they have been interpreted by the experiencers. Hypnagogic imagery was found to be more common than hypnopompic imagery; visual, falling and sense-of-presence sensations were the most common forms of imagery, followed by auditory, tactile, bodily, and movement sensations. Respondents’ interpretations ranged from ‘unusual but normal’ to the mystical or paranormal; some also expressed concern about possible mental illness. Sherwood concluded that, in terms of the underlying etiology, more research is required to understand these phenomena – both from a possible paranormal perspective and a psychological one.1

Sherwood and Milner probed for relationships between transliminality – a measure of the ease with which information enters and leaves consciousness from the environment and the unconscious – and measures of boundary structure (sleep/wake/dream, unusual experiences, thoughts/feelings/moods), also paranormal experiences.  According to the concepts of transliminality and boundary structure, people differ according to the extent to which different areas or functions of the brain/mind are separated from each other. In individuals with thick boundaries, or low transliminality, these boundaries (or ‘thresholds’) are relatively thick and difficult to overcome; the opposite is true for those with thinner boundaries or higher transliminality.

Sherwood analysed questionnaires responses from 98 undergraduates, finding a moderate relationship between those selected boundary structure subscales and a measure of transliminality (correlation range r = 0.384 - 0.615, where 0 refers to no relationship and 1 indicates a total relationship), which supports the proposed overlap between these two constructs and that these constructs may facilitate reports of psychic experiences.  Of the four boundary structure subscales, psychic experiences was found to be the best – and also a statistically significant – positive predictor of transliminality scores.2

Sherwood and co-workers investigated the role of experimenter and sender in dream-ESP research. In this study, forty participants acted as receivers and recorded their dream mentations. On alternate nights, there was either a sender or no-sender. On ‘no-sender’ nights a video clip was randomly selected as target and played repeatedly in the early morning. On ‘sender’ nights this was repeated except that a sender would watch the clip in the early morning and try to attempt to communicate its content to the receiver. Both ‘sender’ and ‘no-sender’ conditions resulted in above chance scoring (30% and 35% respectively); however, neither reached statistical significance (p = 0.18, 0.14, respectively). The researchers concluded these data do not support the proposal that senders play an active role in dream ESP success.3

Sherwood and co-workers reviewed fifty dream-ESP studies for the period 1966 to 2016. Overall highly significant evidence of an effect (p = 5.19×10-8) was determined ‘suggesting that dream content can be used to identify target materials correctly and more often than would be expected by chance’. No significant differences were found between different modes of ESP (telepathy, clairvoyance, precognition), nor between dynamic and static targets. Improvements in methodology over time were not correlated with effect sizes – contradicting a major sceptical argument.4

Sherwood’s interest in the paranormal stems from a childhood experience involving an apparition of a Black Dog. He has collected further accounts of such apparitions via his website dedicated to this topic (http://blackshuck.info/) and has published work on this subject.7 Sherwood has also been involved in field investigations of alleged hauntings and has written a book on local hauntings, Haunted Northamptonshire.8

Sherwood, S. J. (2000). A comparison of the features of the psychomanteum and hypnagogic/hypnopompic experiences. Proceedings of the Parapsychological Association 43rd Annual Convention 262-275.

Sherwood, S. J. (2012). A web survey of the content, sensory modalities and interpretation of hypnagogic and hypnopompic experiences. Journal of Parapsychology 76/1, 27-55.