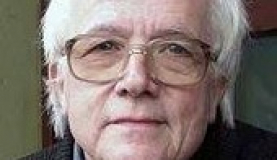 Suitbert Ertel (1932-2017) was a statistician and psychologist at the University of Göttingen. He developed the highly successful  'ball selection' ESP test and contributed to the study of astrological influences on athletes.

The repetitive nature of card guessing and similar ‘forced choice’ methods of testing for ESP is known to cause low motivation and a rapid decline in scoring.  Ertel developed a new method, the Ball Selection Test (BST),  an inexpensive and easily replicable experiment that proved highly effective at maintaining the interest of experimental participants.  They are simply asked to guess which ball will be chosen from a pouch containing 50 table-tennis balls numbered from 1 to 5. After the ball is pulled from the bag, the number is recorded and the ball placed back into the bag, which is then shaken and the process repeated.

Initial tests were unsupervised, with participants carrying out the activity in their homes (laboratory testing can be intimidating for some subjects and is also labour intensive for the primary researcher). Between 1997 and 2003, Ertel’s freshman classes contributed 94,320 trials, achieving yearly z-scores from 5 to 8 (p = 10-6 to 10-9), an extremely impressive result. Although they results lacked evidential value, noteworthy features were recorded: decline effects, displacement effects (guessing correctly targets next in the sequence), hits bunched rather than randomly spread, and psi-missing (scoring significantly below chance). Variations in ESP performance also correlated to a significant degree with personality and environmental factors.1

Ertel then tested the seventeen highest-scoring performers in the laboratory, with close supervision and double-checking of guesses against targets. Six no longer scored significantly above chance, supporting Ertel’s prediction that the tension involved in formal testing would depress scoring. More surprisingly, three participants scored far higher than they had done in their previous self-administered tests. Overall, 11 continued to score significantly, with p values ranging from 0.01 to 10-8.

Steps were taken to mitigate possible sensory leakage, including the use of thin silk gloves, to prevent participants feeling the printed number or detecting heat from previously chosen balls. These trials achieved similar scoring rates to ungloved trials.  To avoid recording errors, ball numbers were spoken aloud and recorded after being shown to the experimenter.

Other experimenters were successful with this procedure, mitigating against the possibility of experimenter fraud or hidden methodological weakness (see below). Also, high scoring students proved equally adept at card guessing and dice throwing, suggesting the possession of an innate psi ability.

Other scientists have reproduced the BST effect:

Katarina Hricikova at the University of Gottingen, a former student of Ertel, ran a series with children achieving in more than 2,900 trials a hugely significant scoring rate: z score 13.63 (p = 10-25).3

Ertel took a prominent role in the controversy over findings of a possible astrological influence. In 1955, French psychologist Michel Gauquelen published a book detailing research that seemed to show an association between athletic ability and the position of Mars at the time of their births.5 The so-called Mars Effect was refuted by psi-sceptics Kurtz, Zelen and Abell, who claimed to have found no evidence of an association in their data on athletes.6  Ertel examined their data and claimed, on the contrary, that it contained evidence supporting the Mars Effect.7 Kurtz et al and other psi-sceptics criticized his findings on claims of faulty statistics and methodological weaknesses which Ertel in turn rebutted (his paper can be read here).8