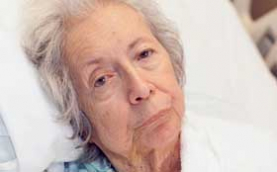 Rare cases of patients with long-term dementia and other severe neurological disorders who  exhibit a brief return to mental clarity and full memory shortly before death hold particular significance both for understanding the nature of mind and for terminal patient care. Neglected until recently, the phenomenon of ‘terminal lucidity’ is attracting renewed interest on the part of scientific researchers, particularly in the context of psychical ‘near-death’ phenomena.

Early physicians such as Hippocrates, Plutarch, Cicero, Galen, Avicenna, and other scholars of classical times note that symptoms of mental disorders sometimes decrease as death approaches.1 This was also observed in the nineteenth century: several cases of different aetiology were published in the early medical literature, also in treatises written by authors who proclaimed a Romantic and Post-Romantic understanding of nature, embracing the notion that the human soul is separate from the brain and can survive bodily death.

In the twentieth century, discussions and case reports of terminal lucidity declined and are almost absent in the medical literature of the period. However, some reports continued to be published outside the medical setting. Since the turn of the millennium they have again become more frequent in the medical literature, as a survey of the past 250 years has shown. Case summaries of this survey have been published predominantly by biologist Michael Nahm and colleagues.2 In short, it appears that incidents of terminal lucidity have occurred throughout the history of humanity, on all continents.

As early as 1826, Burdach described two distinct ways in which terminal lucidity can manifest.3 First, the degree of mental derangement can decrease slowly in conjunction with the decline of bodily vitality. Cases of schizophrenia and of affective disorders typically belong to this category, and the process of becoming lucid may take several days or weeks after long years of severe and uninterrupted mental disturbance.

Second, full mental clarity can emerge suddenly just before dying. Among modern cases, those involving Alzheimer’s disease and brain tumors usually belong to this second category. Here, this return of mental clarity often occurs in the last seconds, minutes or hours before the patient’s death. The most astonishing cases of terminal lucidity concern patients who suffered from severe neurologic diseases such as meningitis, tumors, Alzheimer’s disease or strokes – in short, cases in which there is reason to think that the brain’s neuronal circuits were severely impaired or destroyed.

A woman diagnosed with ‘wandering melancholy’ (melancholia errabunda) was admitted to an asylum and became manic. For four years, she lived in a continuously confused and incoherent state of mind, without respite. When she fell sick with a fever, she refused to take any medicine. As a consequence her health deteriorated. However, the weaker her body became, the more her mental condition improved. Two days before her death, she became fully lucid. She talked with an intellect and clarity that seemed to surpass her former education. She inquired about the lives of her relatives, and regretted in tears her previous reluctance to take medicine. She died soon thereafter.4

A patient with chronic schizophrenia without prior lucid intervals lived for 27 years in an unremitting schizophrenic state, of which the last 17 years were spent in a profoundly regressed catatonic state. Yet after he was struck with a severe organic disease his mental condition started to improve. Although he showed some residual mental idiosyncrasies, his overall behavior had become almost normal shortly before he died.5

A 91-year old woman suffered from Alzheimer's disease for 15 years and was cared for by her daughter. The woman had long been unresponsive and showed no sign of recognizing her daughter or anybody else for five years. One evening, however, she started a normal conversation with her daughter. She talked about her fear of death, difficulties she had with the church, and her family members. She died a few hours later.6

A woman aged 91 suffered from two strokes. The first paralyzed her left side and deprived her of clear speech. After a few months, the second stroke rendered her entirely paralyzed and speechless. The daughter who cared for her was one day startled to hear an exclamation from her mother. The old woman was smiling brightly, although her facial expression had been frozen since her second stroke. She turned her head and sat up in bed with no apparent effort. Then she raised her arms and exclaimed in a clear, joyous tone the name of her husband. Her arms dropped again, she sank back and died.7

The relevance of terminal lucidity to psi research is twofold. First, cases involving patients with severely destroyed brains (such as in terminal stages of Alzheimer’s disease, tumors or strokes) who become fully lucid shortly before death might provide a pathway to further assess the possibility that the human mind including memory is not entirely generated by the brain, but that the brain functions as a kind of filter or transmitter organ.8

Second, it is not uncommon for terminal lucidity to be accompanied by deep spiritual experiences or so-called ‘deathbed-visions’, as exemplified by the case of the stroke patient above. Such features link terminal lucidity to a number of other end-of-life experiences and also near-death-experiences.9 Given that these types of experiences in near-death states regularly contain psychical aspects, they have long played an important role in psychical research, with the potential to facilitate further study into subliminal layers of the human psyche and provide evidence for post-mortem survival.10

Opportunities and Obstacles to Study

The potential of terminal lucidity as an avenue of research is unfortunately impeded by its very nature: it occurs largely unexpected in terminally ill patients who, in addition, were often confused or non-responsive before. Such patients cannot easily be made subjects of scientific studies or autopsies for ethical and practical reasons. Hence, it is likely that many accounts of terminal lucidity will remain on the anecdotal level. Nevertheless, as with near-death experiences and other end-of life experiences, it is feasible to assess the incidence and varieties of terminal lucidity in prospective and retrospective studies (for example, an approach chosen by Fenwick, Lovelace, and Brayne, 2010).11 Particularly remarkable cases could be documented as thoroughly as possible from a medical perspective; a specific scale to estimate the unusualness and the degree of the observed lucidity could be developed,12 based on existing scales, as a means to judge the fluctuations of mental coherence and memory. It might even be feasible to advance new forms of therapies to improve the access to autobiographic memories in dementia patients.

Although terminal lucidity will most likely remain challenging to study, it offers the potential to contribute to an enhanced understanding of cognition, memory processing, and the nature of the human mind.

Quite apart from that, a wider knowledge about the phenomenon, and an awareness of its possible occurrence, would give those who attend patients the opportunity to optimally relate to a dying person who has been in a non-responsive condition for an extended period, sometimes years. As it is, this unexpected return of mental clarity and memory often comes as a complete surprise, and since it lasts only a short time, relatives and nurses may miss a last chance to communicate with the dying in a meaningful way unless they are properly prepared.

Lee, D.R., McKeith, I., Mosimann, U., Gosh-Nodial, A., Grayson, L., Wilson, B. and Thomas, A.J. (2014). The dementia cognitive fluctuation scale, a new psychometric test for clinicians to identify cognitive fluctuations in people with dementia. American Journal of Geriatric Psychiatry 22, 926-35.

Nahm, M. (2009). Terminal lucidity in people with mental illness and other mental disability: An overview and implications for possible explanatory models. Journal of Near-Death Studies 28, 87-106.

Nahm, M., & Greyson, B. (2009). Terminal lucidity in patients with chronic schizophrenia and dementia: A Survey of the Literature. Journal of Nervous and Mental Disease 197, 942-44.