Tibetan Lamas Reincarnated in the West 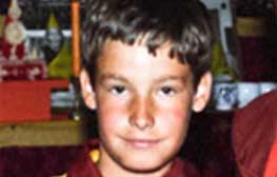 It is common in Tibetan Buddhism for new incarnations of prominent deceased lamas (monks) to be sought, by a combination of psychic means and objective tests.  When one is confirmed, he is ‘enthroned’ to his former position.  Most famously, the current Dalai Lama claims to be the fourteenth incarnation of that role, having undergone this process as a young boy each time.

British writer Vicki Mackenzie, a devotee of Tibetan Buddhism, chronicled the deaths and the subsequent reincarnations, officially confirmed, of three Tibetan lamas who decided to live their next lives in the West, to spread the teachings and practice of their ancient tradition. Seemingly this fulfilled an eighth century Tibetan prophecy: ‘When iron birds fly and horses run on wheels, Tibetan people will be scattered like ants across the face of the earth and the Dharma will come to the land of the redskins’.1

Mackenzie’s 1988 book The Boy Lama is the story of the life of her own spiritual master for eight years, Lama Thubten Yeshe, and his rebirth as Osel Hita Torres, now known as Tenzin Osel Hita.  The book is the source for all information in this section except where otherwise noted.

Lama Yeshe was born near Lhasa in 1935, the son of peasant farmers who was recognized by a psychic lama as the reincarnation of the abbess of a Tibetan nunnery. The abbess had prayed that she would be reborn into a position to bring Buddhism to those in spiritual darkness.  The boy Yeshe expressed interest in the spiritual life from a very young age, and when he was six his parents placed him in a monastery complex.  He had spent nineteen years meditating and learning in the expectation that he would live his entire life there, when his world was turned upside down by the Chinese invasion.

Amid the sacking of temples, destruction of priceless artworks and massacre of lamas by Chinese soldiers, Yeshe, now twenty-five, fled across the Himalayas to India.  In a teeming Tibetan refugee camp, he began teaching again, learned English, and met up with two people who would enable his life-work: another monk, Lama Zopa Rinpoche, and Zina Rachevsky, a wealthy young Russian-American socialite seeking a spiritual life.

The three started a spiritual centre in Nepal that catered to Westerners.  In time it became a global movement, called the Foundation for the Preservation of the Mahayana Tradition (FPMT).  Yeshe spent the rest of his life travelling the world giving teachings and opening centres.

His approach was unorthodox, designed to modernize the spiritual practice, and overlaid by his loving and exuberant personality.  Yeshe was known for his uncompromising insistence on excellence in his students, his joyful laughter and extreme acts of generosity.  When travelling he wore western clothing and tried local experiences, including gambling in Las Vegas, Gay Pride Day in San Francisco, the rides at Disneyland and a walkabout in Australia.

Yeshe suffered from a congenital heart conditions and on March 3, 1984, he died aged 49 in California. He remained cheerful to the end, having predicted the approximate time of his death.

On February 12, 1985, a son was born to a Spanish couple who were interested in Tibetan Buddhism, had met Lama Yeshe, and had spearheaded the creation of a remote retreat, named ‘Osel-Ling’ by the Dalai Lama, at the top of Spain’s highest mountain. When she fell pregnant, Maria Hita Torres joked that maybe Lama Yeshe had been looking for a mother.

Their son Osel was reportedly an untypical child from the start, oddly easy to care for as a baby, and showing unusual maturity as he grew. His behaviours were reminiscent of prominent Tibetan lamas generally, and Yeshe in particular.  Many people who had known Yeshe had intuitions or dreams that Osel was his reincarnation. The Dalai Lama, meditating on candidates for Yeshe’s reincarnation, found that Osel’s name kept coming up. For these reasons the family travelled to India so that the child could be tested, even though Osel was little more than a year old, and such tests are usually carried out only when the child is four or five. Osel passed the tests, recognizing Lama Yeshe’s belongings, and was officially ‘enthroned’ at age 23 months.

Osel was renamed Tenzin Osel Rinpoche by the Dalai Lama, and aged three began living the life of a lama in Kopan, Nepal, at a centre that had been built by Lama Yeshe (his family lived nearby).

He also began touring the centres that Yeshe had established in western nations.  Asked point blank by Mackenzie whether he was Lama Yeshe, he answered ‘No, I am Tenzin Osel. Before, I am Lama Yeshe.’2

At the age of six, Osel entered the Sera Monastery (relocated to India after the Chinese invasion), in which Lama Yeshe had been trained. However, during the next few years he began to behave rebel against his situation and as a young man left the monastery. He undertook a Western education and explored various creative outlets, including music and film-making. He now asserted that he did not consider himself Buddhist, but a ‘scientific agnostic’.3 However, he did not break with his past completely, and in 2017, aged 32, remained a director of the organization founded by Lama Yeshe, giving lectures and leading pilgrimages.4

Appearances can be misleading. At first, I probably appear simply another Canadian guy in his late thirties. I stress out when my work is overdue, I watch viral videos, I play video games, ice hockey, and rhythm guitar in a rock band. But to close friends and family, I am also the reincarnation of a Tibetan Buddhist monk.5

Tenzin Sherab Tulku was born in 1972 and named Elijah Ary by his parents, originally a Protestant and a Jew, who had set up a small Tibetan Buddhist centre in Vancouver, Canada.

At the age of three, Elija began speaking about a past life in Tibet, and gave many details. This gained the attention of a prominent lama, who recognized names mentioned by the boy as those of lamas in Tibet. Elija’s ability to consciously recall events and associates from his past life is rare, even among Tibetan Buddhists.6

At the age of seven, Elijah was recognized on sight by the Dalai Lama as the reincarnation of Geshe Jatse, a lama who had left a prominent position to meditate in a cave before the Chinese invaded Tibet, and had once said he would be reborn in a place you would need a ‘sky boat’ to get to.  Nothing had been heard from him since.7 Renamed Tenzin Sherab by the Dalai Lama, he bears a physical resemblance to Geshe Jatse, with deep-set eyes and a distinctly jutting brow, as Mackenzie observed when Tenzin showed her a photograph of Geshe Jatse.8  He was later recognized by Lama Thubten Yeshe, who would be reincarnated as Tenzin Osel Hita.9

Staying in Canada as a boy and youth, Elijah had difficulties in school in part due to what he saw as the pointlessness of the lessons, and in part due to being teased and bullied for speaking of a past life.  At the age of fourteen, having dropped out of school, he decided to go to India and enter Sera Monastery for education as a lama. Here he felt a sense of coming home and that he was at last learning something relevant – how the mind works.

Aged twenty, Tenzin returned to the West and took a job in a newsagent in a rough area of Montreal. He took up religious studies there, then went to Paris to follow Tibetan studies in Paris, and aged 35 earned a doctorate from Harvard.  He now lives in Paris with his wife Emmanuelle, teaching Buddhism, Tibetan religious history, religion and politics at various academic institutions. He also leads meditation sessions for groups and individuals. He writes:

I think that the biggest challenge so far in my life in the West has been to live my life as a Tulku and as a Westerner. It has not always been simple; there are often times when one side seems privileged more than the other, when I feel that I am not doing enough meditation, or that I am not doing enough sports. So far, though, I seem to have managed to pull it off, and to marry both my everyday toils with life in the West and my spirituality and Buddhist practice.10

Mackenzie cites Tenzin as saying, ‘I was reborn as a Westerner to ridge the two cultures.  But it’s not as simple as that…  I felt I had to take what Tibetan Buddhism has to offer and put it into Western terms’.11

Trinlay Tulku Rinpoche was born in Switzerland in 1975 to a French father and an American mother, devotees of Tibetan Buddhism originally from Santa Barbara, California.12

By his own report, he always wanted to be a monk: he was fascinated with monk’s robes and asked constantly to be taken to a monastery. Cared for by a Tibetan nanny, he could speak Tibetan at eighteen months old. While playing at his parents’ centre, he was recognized by a visiting prominent lama as the reincarnation of the lama Khashap Rinpoche, who had led a monastery in India, then died fairly young of tuberculosis. He had reportedly said he wanted to be reborn in the West, and that he and those around him would all meet again in the West.13

A year later, Trinlay moved with his family to Darjeeling, India, for traditional tulku’s training by one of the lamas who had recognized him, the Venerable Kalu Rinpoche.  Student and teacher travelled the world for the next ten years, with the student often serving as the teacher’s translator. At twelve, Trinlay continued his Buddhist education at a monastery in the French Alps, and at seventeen, began a simultaneous Western education in philosophy, the humanities and Tibetology at the Sorbonne and other French and English institutions, working toward a doctorate.  He is reported to have said

If I can help European people to understand Buddhism, I would like to do that.  It’s new here, and most people don’t understand the real dharma.  They like funny things like the paintings, the thrones, the religious objects.  But the Buddhist philosophy, which can make a profound difference to your life – that I would like to explain’.14

In a message about opening a new Buddhist centre, Trinlay again reveals his dedication to bringing Buddhist practice and philosophy to the West:

Such a place is of great importance as it will provide the basis and structure needed to continue the transmission of genuine Buddhist teachings in the United States. Numerous authentic masters and teachers will gather there to share their wisdom. Treasures of Buddhist literature composed in various languages over the past twenty-five centuries will be collected, translated and made accessible to all. The Centre will be a place where people can learn about meditation, discernment and kindness—qualities so essential to the well-being of everyone. I am confident this Centre will contribute towards greater awareness and peace in the world.17

Mackenzie notes that Lama Osel, Tenzin Sherab Tulku and Trinlay Tulku Rinpoche are not the only Tibetan lamas reborn in the West. She writes, ‘other lamas have appeared in the USA, New Zealand, France and several other western countries and are being quietly nurtured by the western Buddhist communities to whom they are affiliated.’18 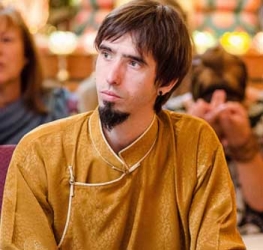 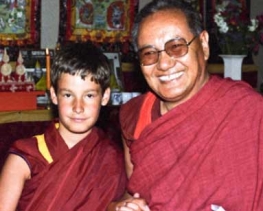 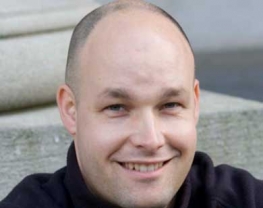 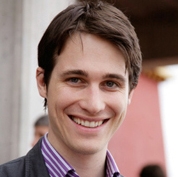