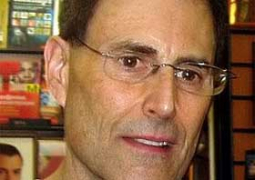 Uri Geller is an Israeli-born celebrity psychic known for metal-bending and telepathic feats.

Uri Geller was born in 1946 in Tel Aviv, Palestine (now Israel). His parents had left their native Hungary shortly before World War II, in which his father served with the Jewish Brigade of the Eighth Army under General Montgomery, later becoming a sergeant-major in the Israeli army. When Uri’s parents divorced, he went to Cyprus with his mother and her second husband and entered the Catholic-run Terra Santa College, returning to Israel at the age of seventeen. He served as a paratrooper during his military service and fought in the Six Day War of 1967, during which he was wounded in action.

From an early age it was evident that Geller had unusual abilities. While accounts of these were initially largely self-reported, there were soon to be numerous witnesses among his teachers, classmates and family friends, several of whom have gone on record with their memories of baffling activities, such as advancing the hands of watches and even a classroom clock without contact, accurately reproducing drawings made at a distance or performing what was to become his best-known feat – bending spoons and keys apparently by other than physical force. He made his first public appearance in a Tel Aviv school hall, which was so successful that after several more such performances he became one of the most sought-after entertainers in the country.

Following his apparent precognition at one such show of the death of Egyptian president Nasser, he received a widely quoted testimonial from Prime Minister Golda Meir who, when asked by a reporter what she saw for the future of the country, replied ‘I don’t know – ask Uri Geller’.

Controversy surrounded him almost as soon as he set foot on a public stage. On 20 October 1970, the popular weekly Haolam Hazeh put a photo of him on its cover, telling readers that ‘all of Israel’s magicians have assembled for a witch-hunt’ in pursuit of ‘this telepathic impostor’.

Within a year, also in pursuit of the ‘impostor’ was an equally controversial researcher, who had heard from his friend Itzhak Bentov about the feats Bentov had seen for himself at one of Geller’s night-club shows, which he felt could not be ascribed to trickery. This was Andrija Puharich, MD, an inventor and medical researcher with impeccable credentials, and owner of numerous patents, notably for the development of miniature deaf-aids. Puharich was keenly interested in unusually gifted people such as clairvoyants Eileen Garrett, Harry Stone, and Peter Hurkos, and the Brazilian ‘psychic surgeon’ known as Arigó. He had ventured into areas many scientists prefer to avoid, such as UFOs, extraterrestrial entities and psychedelic mushrooms.

As he described in his book Uri (1975), Puharich was sufficiently impressed by what he saw in his own tests with Geller to arrange for him to visit the USA with the support of Apollo 14 astronaut Edgar Mitchell, and to take part in controlled laboratory experiments. The most widely publicized of these took place at the Stanford Research Institute in California (now SRI International), where laser physicists Harold Puthoff and Russell Targ carried out six weeks of tests in 1972–73. Some of these were documented live in the SRI film Experiments with Uri Geller (1973) and later published in the leading scientific journal Nature (18 October 1974).

Also in this period, Geller’s metal-bending (and fracturing) skills were tested successfully by Wilbur Franklin, chairman of the physics department at Kent State University, and by US Navy research physicist Eldon Byrd of the Naval Surface Weapons Center in Maryland.1 Byrd's highly positive report was peer-reviewed and became the first paper of its kind to be released with the approval of the Department of Defense. Byrd learned to do anomalous metal-bending himself, and to teach others to do the same.

Geller spent much of 1974 as a laboratory guinea-pig for researchers. Those who reported positive findings included members of universities and technical institutes in several countries. In South Africa, radiologist E Alan Price followed up a total of 137 case reports of Uri’s apparent ability to act as catalyst for all kinds of strange occurrences, for instance metal-bending by people who had seen him on television in their own homes. In a lengthy report that included a mass of documentation and statistical analysis, Price concluded that ‘there is enough evidence to suggest that the Uri Geller Effect exists and is genuine’. All of the above-mentioned research was included in The Geller Papers (1976), edited by Newsweek science reporter Charles Panati.

In 1972, Geller visited Germany, where he was credited with such feats as stopping a cable car and a department store escalator. He also made many demonstrations of was to become his standard repertoire: cutlery-bending, watch-mending, and transmitting and receiving drawings or words by telepathy.

Geller was most successful in England, which was to become his home in 1985, with appearances on radio and television that led to publicity of the kind given a decade earlier to the Beatles. The New Scientist devoted no fewer than sixteen pages of its 17 October 1974 issue, including its cover, to a feature clearly timed to coincide with the Nature issue mentioned above. Though it took a strongly critical approach, it made no attempt to rebut the evidence reported in Nature.

Gellermania swept through every major country in Europe, and on to Australia, New Zealand, Japan and Latin America. A debunking book by magician James Randi, entitled The Magic of Uri Geller (1975), increased both men's public profile, but failed to demolish Geller's reputation. Uri’s own account of his early career, My Story, was translated into thirteen languages and led to numerous requests from all over the world for promotion tours. By the end of the year in which it was published (1975) there was still no sign of Gellermania coming to an end.

Activities in Business and Espionage

It was on one of these tours, to Mexico in 1976, that Geller embarked on two new careers. The first was as a dowser, in which he had been encouraged by Sir Val Duncan, chairman of the Rio Tinto-Zinc Corporation, and which he was able to put into practice when asked by the president of Mexico to dowse for oil, which he apparently did successfully. The director-general of the state oil company Pemex told him his dowsing had been ‘very precise’, as it is said to have been on several subsequent commissions from other companies. These were normally carried out on a ‘total non-disclosure’ basis, though one his employers, Peter Sterling, former chairman of the Australian mining company Zanex, has stated on the record (Financial Times, 18 January 1986) that he was ‘well pleased’ with Uri’s services.

The second career was was espionage – a subject that had fascinated Uri since his teenage years in Cyprus, when he discovered that a lodger in his mother’s house was a member of Mossad. Unsurprisingly, full details of his activities in this area have not been made public. Summaries of what is known are to be found in The Geller Effect by Uri Geller and Guy Lyon Playfair (1986), The Secret Life of Uri Geller by Jonathan Margolis (2013) and the similarly titled BBC television film by Vikram Jayanti, which includes a positive endorsement from former CIA scientist Christopher C (‘Kit’) Green and a tribute from Israeli prime minister Benjamin Netanyahu. Whatever he may have done for them, Geller is clearly well known to a number of intelligence agencies.

Geller is a prolific author and columnist, and is active as a fund raiser for charities, especially those devoted to children and animals. He has been praised by members of the stage magic profession, at least thirty of whom have stated that they could not ascribe some of his feats to any form of magic as they know it. One of these incidents was the bending of a chrome vanadium spanner in front of a dozen members of the Tyrrell team, among them driver Ricardo Rossett, prior to the 1998 British Grand Prix at Silverstone. Ten years later there had been no attempt to either repeat or explain this feat.2

Roger Crosthwaite, named the Magic Circle’s Close-up Magician of the Year, has publicly challenged his fellow magicians to repeat what he witnessed at a private meeting with him, while David Blaine, a prominent member of a later generation of magicians, simply states that ‘Uri Geller is for real’. David Berglas, a former chairman of the Magic Circle, summarises:

If Uri is a magician, then he is the best we have ever seen, and the most famous since Houdini. On the other hand, if he is a psychic, then he is the only man who can do what he does. ...  Either way, we have to respect him for what he has done. He is truly a phenomenon.