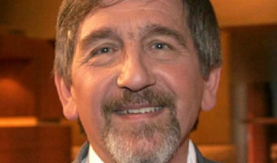 Walter von Lucadou is a German physicist who has developed a theory of psi based on quantum mechanics.

Lucadou’s main research focus is researching entanglement-correlations in psycho-physical systems, working with both experimental and theoretical methods. To this end, he is attempting to apply generalized quantum theory (GQT) and the model of pragmatic information (MPI) in his experimental and field research. He also applies the implications of these theories to another major part of his professional life: counselling.

Parapsychologists have been reluctant to try to develop materialistic models, tending to assume that psi is mediated by some kind of subtle energy.  By contrast, a major portion of Lucadou’s professional work has involved developing a physical approach to account for parapsychological phenomena based on non-local correlations. The bedrock of this work is his model of pragmatic information (MPI)1 which attempts to explain decline effects (the phenomenon of initial strong scoring reverting to chance after a while). The model takes the basics of physical quantum theory, known as ‘formalisms’, and generates a standalone abstract version that can be applied to non-physics based systems, for example psychological and biological. It was further refined into GQT by Lucadou’s colleagues Harald Atmanspacher, Hartmut Römer and Harald Walach, and published in 2002.2

Of key importance, GQT retains the core aspects of regular physical quantum theory: entanglement and complementarity. Complementarity refers to the relationship between local measurable observables and the global system. For example, one could measure the polarization of a photon of one beam in a split beam experiment and then know that the polarization of the photon of the other beam would be opposite to that found locally, regardless of the orientation of the detector. Entanglement refers to the relationship between particles and processes that once shared a common connection, separated by time and space. Where psi comes in is understanding entanglement inside generalized quantum theory (GQT).3 This allows for entangled states between physical, psychological and psychological systems, eventually giving rise to non-local (distant in space and time) correlations, which Lucadou and others propose as the basis for psi phenomena.4

In a 2001 article, Lucadou discusses evidence in parapsychology and how best to model deficiencies. He describes how a conviction that paranormal phenomena exist is ultimately based on personal experiences alone, and stresses the importance of formulating criteria that constitute personal or scientific evidence. He discusses two models, one classical (Newtonian physics-based, cause and effect), the other non-classical (quantum mechanical, acausal), and how they each can be applied to the data. The standard scientific approach is effect oriented and therefore follows a classical model. Lucadou argues that results from parapsychology experiments, which are often capricious with fluctuating effect sizes, do not sit comfortably with a classical model. By contrast the non-classical model, being development-oriented rather than effect-oriented, takes into account the inherent entanglement of psychophysical systems, as discussed above. In such systems, evidence cannot simply be accumulated because the conditions that produce evidence change during the evolution of the system.5

Lucadou argues that to treat psi phenomena as non-local acausal correlations within generalized quantum theory is essentially to admit a failure to strictly replicate a given finding, as the nature of the acausal correlations prevents any signal travelling between them. If psi experiments were successfully replicated, he suggests, this would open up a way of transmitting a signal, something that is forbidden by non-local correlations in GQT. He designed a method of capturing psi, overcoming its deliberately elusive nature – the correlational matrix method (CMM). This enables the separation of causal and entanglement processes, allowing the inclusion of causal processes in psi experiments and helping stabilize the entanglement of the system. In a typical CMM experiment, participants are instructed to influence the output of a RNG (as in a PK study) but with the aim of discovering what temporary acausal correlations might be found between physical and psychological variables. Lucadou found more than twice as many correlations during experimental sessions than in control sessions: the effect was huge (p = 10 x 10-6).6

The methodology was tightened in later experiments, where psychological variables were reduced to simple button presses that included time between presses, number of left or right repetitions, duration of the button press and so on, and easily calibrated physical variables such as the frequency of voltage spikes, the variability of the RNG output or the levels and variation in resistance levels.

The first major independent replication was carried out by Harald Walach, who found the same highly significant preponderance of correlations in the experimental versus control condition. Walach has reported that the effect persists with different RNG types and more stringent conditions.7  Ana Borges Flores, a PhD candidate at Edinburgh’s Koestler Parapsychology Unit, has replicated this experiment five times, each time revealing a highly significant excess number of correlations.8  She has found that the effect holds up with more conservative permutation analyses. Hartmut Grote,9 a physicist at the Max Planck Institute for Gravitational Physics, has published a triad of mind-matter experiments, of which the most successful uses this paradigm. In July 2019 he released findings from a large CMM replication, but these were not significant.10

In a 2019 summary of 10 experiments following a strict replication protocol, Lucadou found nearly all demonstrated significantly more correlations than chance would predict.11