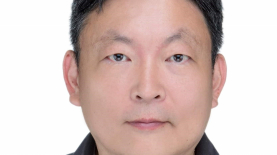 Yung-Jong Shiah is a Chinese psychologist who has carried out ESP research, including experiments in collaboration with American parapsychologist Dean Radin.

Yung-Jong Shiah received his PhD degree in psychology from the University of Edinburgh. He works at the Graduate Institution of Counseling Psychology and Rehabilitation Counseling, National Kaohsiung Normal University. Shiah carries out research in transforming Chinese cultural heritage (Confucianism, Buddhism and Taoism) to science in terms of both conventional and unconventional perspectives, and collaborates with Western researchers exploring distant effects of intention. His publications can be seen here

Shiah and Radin carried out a rigorously designed, double-blinded experiment to test the idea that tea that had been ‘infused’ with good intentions might improve mood.  They arranged that on seven consecutive evenings, participants should record their mood and that on certain days they drink the tea twice. Half of the participants received intention infused tea and the other half received ordinary tea, blinded to which was which. Participants were paired by age, gender, psychological trait of neuroticism, and the amount of tea they consumed on average per day. They were then randomly placed in either the treated or no-treated group.

Shiah and Radin followed up the tea experiment by investigating whether Arabidopsis thaliana seeds hydrated with intentionally treated water would show differences in three standard biological measures: hypocotyl length, anthocyanin level, and chlorophyll level. Three Buddhist monks were instructed to focus intention on commercially bottled water with the goal of improving the growth of seeds. Untreated bottled water from the same source served as a control. The seeds were hydrated with treated or untreated water by a technician who was unaware of the nature of the water that was being handled, following which they were placed in random positions in an incubator. This germination process was repeated three times in each experiment, and the entire experiment being repeated four times, making it sufficiently powerful to detect relatively small healing effects. The results across the four experiments showed an astronomically significant decrease in hypocotyl length (p = 10 x 10-14); a highly significant increase in anthocyanin levels (p = 10 x 10-4); and a modest increase in chlorophyll (p = 0.05).2

Shiah and Radin attempted to replicate their 2017 study, adding a condition where the seeds as well as the water were intentionally treated. Arabidopsis seeds were used as these contain a photosensitive flavoprotein called cryptochrome, which has been proposed as a possible mediator of paranormal influences because it is governed by quantum processes and might be sensitive to the consciousness of an observer. As in the first study, Shiah and Radin arranged for three Buddhist monks to direct their attention toward commercially bottled water and Arabidopsis seeds, while holding the intention to improve the growth of the plant. Under the same highly controlled conditions as before, highly significant effects for treated water were found, indicating growth promotion healing influences: shorter hypocotyl length (p = 0.04); higher chlorophyll levels (p = 0.0005); and higher anthocyanin levels (p = 2 x 10-6). Directly treated seeds resulted in greater amounts of chlorophyll (p = 0.04), longer hypocotyl length (p = 0.0004) and lower anthocyanin levels (p = 0.01). Shiah and Radin concluded that intentionally treated water improved the growth of the Arabidopsis, but a more complex relationship and lower effect with treated seeds than with treated water.3

Shiah developed a model to explain processes underlying paranormal perception. In a typical ganzfeld or remote viewing session the participant who acts as ‘receiver’ of images being telepathically transmitted describes a visual image, which may or may not match the actual target. Little is known about the process involved in generating these images. Shiah proposes a model in which the anticipation of seeing a target image leads to a priming effect in the brain. Initially, the visual cortex binds the various colours and forms of the target into a complete whole. Then the frontal lobe processes this information in the memory to arrive at a recognized object.4

Although the evidence for psi is strong,5 theories that are neurologically oriented are only recently becoming prominent. 6 In concert with this shift among theoreticians, Shiah has outlined a mechanism for the initial stages of psychic perception. In this model he proposes that ESP information triggers a chemical reaction in cryptochromes, which then propagates, ultimately resulting in a signal sent to the brain where it is decoded and perceived. Cryptochromes are recently discovered light-sensitive proteins distributed in body tissues including the retina and pineal gland, which has a long history of association with psi phenomena 7

The ‘finger-reading’ effect refers to paranormal identification of flat target numbers, colours, words, or symbols on paper by touch only.  Work in Taiwan over a decade appears to show promising results in training children in a method developed by Si Chen-Lee. However, Shiah notes that these claims are weakened by a lack of rigorous controls that rule out fraud, and describes highly controlled trials to address concerns of potential fraud, sensory leakage and recording errors. He concludes that replications under controlled conditions would encourage greater resource allocation for finger-reading research and, potentially, academic recognition of these abilities.8

However, Shiah’s own attempts to replicate the effect failed. In the first experiment, eighteen children were tested to see if they could identify a two-digit number and the print colour by touch alone. There was no significant finger-reading effect, nor any significant relationships between finger-reading scores and questionnaire responses concerning imagery ability and paranormal beliefs. In the second experiment, an attempt was made to screen talented participants, but this too failed to produce any evidence. Shiah concluded that such abilities, if they exist, are hard to observe under controlled conditions.9

Religiosity and Spirituality in Chinese Culture

In three studies, Shiah systematically compared the spiritual and paranormal orientations of five Chinese religious groups. In the first study, a Chinese version of the Index of Core Spiritual Experiences was developed. In the second and third studies, spirituality and religious involvement were found to be greatest among Christians, followed by Buddhists, and then Taoists. A concern for practical benefits of religion was highest among Taoists, followed by Buddhists, then Christians. Shiah concludes that the results are consistent with the conclusion that Christianity offers the most support for a spiritual or religious orientation and the least for a practical expression. Conversely, Buddhism displayed the reverse pattern.10

Shiah proposed a Three-Stage ESP Training Model as a means to achieve more reliable results in experiments. The model is designed to help novices to achieve progressive development over a number of trials, and takes place in three stages. In the first, the focus is on achieving the quiet and/or drowsy state of consciousness that is thought to be conducive to ESP experience. Since this can take years to achieve, shortcuts can be to use participants who have extensive experience of meditation, or to use ganzfeld, relaxation, biofeedback or  other methods. In the second stage, the participant is exposed to a remote ESP target being ‘sent’ from a distant location. No feedback is given, and the participant is encouraged to wait patiently until some accurate mentation occurs. Only participants who are successful in both stages (achieving a quiet state of consciousness in EEG measures and achieving some accurate mentation) go on to the third stage, in which feedback is given to help the participant distinguish ESP awareness from other awareness.  One this ability has been developed, participants can be presented with more difficult and complex tasks. To test this model, researchers can choose one type of ESP performance to run while being cautious about feedback, along with a control group which receives no training. 12

A core practice of Buddhism is ego-dissolution, or surrendering of the self in order to attain a pure state of consciousness. Shiah has defined this state as the nonself and it is here where psi abilities are manifested. Shiah draws a clear distinction between everyday egoic consciousness in which the person's self or identity are strengthened and the nonself in which desires are supplanted by compassion and seeking wisdom. The ego engages in psychological activities to strengthen the self, seeking desire-driven pleasure. In contrast, a nonself approach involves self-cultivation in three ways: giving up desires, displaying compassion and practising meditation. This also provides a comprehensive framework to account for experiences such as altruism, mindfulness, mediation, mysterious/peak experiences, elimination of death anxiety, and moral conduct.13

Shiah, Y.-J. & Radin, D. I. (2013). Metaphysics of the tea ceremony: A randomized trial investigating the roles of intention and belief on mood while drinking tea. Explore: The Journal of Science and Healing 9, 355-360.

Shiah, Y.-J., Radin, D. (2020). Effects of Intentionally Treated Water and Seeds on the Growth of Arabidopsis thaliana. Explore: The Journal of Science and Healing. https://www.sciencedirect.com/science/article/abs/pii/S1550830720301567