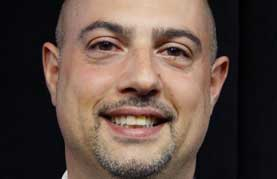 AWARE is a large-scale study carried out between 2008 and 2015 in an attempt to draw veridical information from hospital patients who reported having had a near-death experience. The project was led by British medical professor and resuscitation specialist Sam Parnia. It involved fifteen hospitals in the UK, USA and Austria and 2060 cardiac arrest patients. Of those who could be interviewed, 9% recalled a near-death experience (NDE), but no blinded confirmation of visual awareness was yielded. A second similar study on a smaller scale showed somewhat more promising results with one patient correctly remembering an auditory stimulus.

The acronym AWARE derives from AWAreness during Resuscitation. Prior to the project, anecdotal accounts of near-death experiences had been widely publicized, many suggesting an ability on the part of subjects to accurately observe their surroundings while unconscious, looking down from a position near the ceiling. Few scientific studies had been carried out, but they included cardiologist Pim van Lommel’s study of 344 cardiac patients, published in The Lancet in 2001, in which one man accurately recalled a view of his dentures during the time his brain had been non-functional.1 About AWARE, Parnia explained: ‘In this study we wanted to go beyond the emotionally charged yet poorly defined term of NDEs to explore objectively what happens when we die’.2

The study was begun in 2008 and involved fifteen hospitals in the UK, the USA and Austria.3 2060 cardiac arrests were recorded, which 330 patients survived. To be eligible, patients had to have suffered full cessation of heartbeat and respiration, be over eighteen years old, be well enough to be interviewed as judged by their physicians and caretakers and have provided consent. 140 people were deemed eligible.

Methods were pilot-tested at five hospitals during 2007-2008, and fifteen hospitals were recruited. Each hospital installed between 50 and 100 high shelves in areas where cardiac arrest resuscitation was likely to happen, such as emergency rooms and intensive care units. Each shelf held one visual image that faced upwards and therefore was only visible from a vantage point near the ceiling. The images were unique and included national and religious symbols, people, animals and major newspaper headlines.

Patients were enrolled between 2008 and 2012. An initial interview was carried out while they still in hospital, if possible, from three days to four weeks following the experience; otherwise they were contacted by telephone, between three and twelve months later. In the first interview they were asked if they remembered anything from the time of their unconsciousness. Fifty-five people answered yes, all having been verifiably unconscious as measured by lack of response to stimuli, including pain caused by chest compressions.

A second interview was carried out, based on Bruce Greyson’s 16-item NDE Scale4 to ascertain whether they had actually had experienced an NDE. Their memories while unconscious were divided into three categories:

46 people reported non-NDE memories, which could be divided into seven main themes: fear; animals and plants; a bright light; violence or a feeling of being persecuted; deja vu experiences; seeing family members; recalling events that likely occurred after recovery.

Seven reported NDE memories without recall or awareness of events, describing time passing either slower or faster, feelings of peace and pleasantness, being separated from their bodies, having heightened senses, and other sensations typical of NDEs. Parnia and his co-authors quote one account:

I have come back from the other side of life… God sent (me) back, it was not (my) time—(I) had many things to do… (I traveled) through a tunnel toward a very strong light, which didn’t dazzle or hurt (my) eyes… there were other people in the tunnel whom (I) did not recognize. When (I) emerged (I) described a very beautiful crystal city… there was a river that ran through the middle of the city (with) the most crystal clear waters. There were many people, without faces, who were washing in the waters… the people were very beautiful…  there was the most beautiful singing… (and I was) moved to tears. (My) next recollection was looking up at a doctor doing chest compressions.5

(Before the cardiac arrest) I was answering (the nurse), but I could also feel a real hard pressure on my groin. I could feel the pressure, couldn’t feel the pain or anything like that, just real hard pressure, like someone was really pushing down on me. And I was still talking to (the nurse) and then all of a sudden, I wasn’t. I must have (blanked out)… but then I can remember vividly an automated voice saying, “shock the patient, shock the patient”, and with that, up in (the) corner of the room there was a (woman) beckoning me… I can remember thinking to myself, “I can’t get up there”… she beckoned me… I felt that she knew me, I felt that I could trust her, and I felt she was there for a reason and I didn’t know what that was… and the next second, I was up there, looking down at me, the nurse, and another man who had a bald head… I couldn’t see his face but I could see the back of his body. He was quite a chunky fella… He had blue scrubs on, and he had a blue hat, but I could tell he didn’t have any hair, because of where the hat was. The next thing I remember is waking up on (the) bed. And (the nurse) said to me: “Oh you nodded off… you are back with us now.” Whether she said those words, whether that automated voice really happened, I don’t know… I can remember feeling quite euphoric… I know who (the man with the blue had [sic] was)… I (didn’t) know his full name, but... he was the man that… (I saw) the next day… I saw this man [come to visit me] and I knew who I had seen the day before.

At the beginning, I think, I heard the nurse say “dial 444 cardiac arrest”. I felt scared. I was on the ceiling looking down. I saw a nurse that I did not know beforehand who I saw after the event. I could see my body and saw everything at once. I saw my blood pressure being taken whilst the doctor was putting something down my throat. I saw a nurse pumping on my chest… I saw blood gases and blood sugar levels being taken.6

These two patients were contacted for further in-depth interviews. One was unable to continue due to ill health. The other, the 57-year-old man who had produced Recollection #1, was able to accurately describe people, sounds and activities during his resuscitation. Medical records confirmed the use of an automated external defibrillator with an automated voice (hence the robotic words ‘shock the patient’), and the role of the man in the blue hat. It was calculated that the patient had been aware for as much as three minutes after cardiac arrest.

However, these cases exposed a key limitation: although a thousand shelves had been set up in key areas in the participating hospitals, as many as 78% of the cardiac arrests recorded in the study happened in rooms that were not so equipped. While the patients who supplied Recollections #1 and #2 might have been in a position to observe the image on the upper side of the shelf – fulfilling the study’s aims – neither could have done so, since there was none.

Parnia and his co-authors were struck by the high proportion of patients who reported memories while unconscious. They also noted that the incidence of NDEs (9%) was consistent with previous studies (around 10%).

The authors note that the study’s results, particular the one verified case of visual awareness, suggest that awareness during cardiac arrest is different from awareness during anesthesia, as measurable brain function ceases within seconds of cardiac arrest and the entire brain is without electrical activity until CPR provides enough blood flow to fulfill its metabolic needs. Within a model that assumes cortical activity generates consciousness, the authors write, this evidence of consciousness over a period of minutes in a patient lacking cortical activity lasting is ‘perplexing… as reductions in [cerebral blood flow] typically lead to delirium followed by coma, rather than an accurate and lucid mental state’.7

Following publication the AWARE study was widely reported.  Articles were written in The New Republic, The Atlantic, The Telegraph, Psychology Today and others, generally taking a neutral stance. A mildly sceptical view can be found on Insight on skeptic.com.

A second planned AWARE study was described on the UK Clinical Trials Gateway, a clearinghouse for medical studies in the UK. The now-defunct page, still available via the Internet Archive, anticipated that the study would run from 1 August 2014 to 31 May 2017 and involve 900-1500 patients. It described a new visual-target method: ‘Research staff will be alerted to cardiac arrest and will attend with portable brain oxygen monitoring devices and a tablet which will display visual images upwards above the patient as resuscitation is taking place’.8

According to Twitter notifications by Parnia which are now lost, the study was delayed as Parnia moved from the University of Southampton in the UK to the Stony Brook School of Medicine on Long Island, New York. AWARE II is summarized on Stony Brook’s website with a greater emphasis on the relationship between quality of brain resuscitation and functional and cognitive outcomes, but still including the test of whether ‘mental and cognitive activity and awareness during CPR may reflect verifiable events’.9 As of November 2017, Parnia had moved to the New York University Medical Centre, but the AWARE II study was continuing as planned, with twelve sites actively working on the study and ‘a number of new sites in the UK and the US looking to start in 2018’.

In a 2019 abstract in the journal Circulation, Parnia and three co-authors reported a scaled-down and retitled version of the completed study which now included both auditory and visual stimuli. Of 465 patients, 44 were successfully resuscitated and 21 were interviewed. Four people reported memories including some suggestive of external awareness, and one correctly recalled the auditory stimuli given, but none the visual.10