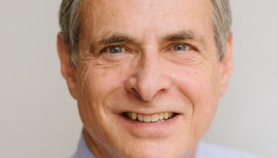 Emeritus Professor of Psychiatry and Neurobehavioral Sciences at the University of Virginia, and a leading researcher on near-death experiences.

Greyson has published widely and is frequently interviewed on the subject of near-death experiences. He was editor-in-chief of the Journal of Near Death Studies from 1982 to 2007. He is co-author of Irreducible Mind (2007).

In an early investigation, Greyson reviewed studies into NDEs among attempted suicide survivors.  Usually those who attempt suicide are more likely to succeed in subsequent attempts. However, Greyson reports that suicide attempts where NDE-like phenomena are reported are markedly less likely to be followed by successful suicide. He hypothesized that this is because of the highly lucid, transcendental nature of near death experiences, in which a greater understanding of self-destructive urges emerges.1

In a follow-up investigation, Greyson investigated 61 hospital suicide admissions in which 16 reported NDEs, an indication that such experiences are relatively common.2

In 1983, based on the reports of 74 individuals who experienced full-blown NDEs, Greyson collated a 33-item scaled-response questionnaire, drawn from an initial pool of 80 commonly reported characteristics.  He then clustered the data to create the sixteen-item Greyson NDE scale. Subsequent research validated the scale as being consistent and able to distinguish genuine near death experiences from more spurious accounts, such as drug-induced delusional experiences and those produced by organic brain diseases.3

In an early study, Greyson tested the sceptical hypothesis that fantasy-prone personalities are more likely to experience NDE-type phenomena than people without this predisposition. This hypothesis was investigated in three groups: those who reported a NDE, those who came close to death but didn’t report any NDE imagery, and those who had never experienced a medical emergency.  All groups completed several questionnaires and psychological measures.  The pattern of relationships from these measures confirmed that fantasy-proneness was related to having a near death experience. However, the authors warn against sceptical conclusions, as such a relationship might be a result of a genuine near death experience rather than its cause.4

Greyson developed a biosociological approach based on information and systems theories to discern the anomalous experiences of the NDE and its psychological after-effects. He tabulated aspects such as a sense of timelessness, ineffability and an experience of cosmic unity, including paranormal phenomena. The later impact of the NDE included both positive and negative aspects, including profound value change and decrease in both death anxiety and suicidality among those who attempted suicide. Greyson describes these phenomena within a biosociological model that makes testable predictions about near-death experiences.5

Greyson points out that the majority of reported near-death experiences include profound feelings of peace, joy and cosmic unity. But he also describes lesser known reports of those that are unpleasant, frightening or hellish. They are of three types: those whose phenomenology is similar to that of peaceful near-death experiences but interpreted as unpleasant; a sense of non-existence or eternal void; and a graphic hellish landscape featuring demonic entities. Counterintuitively, the after-effects of hellish experiences are often as positive as those of positive ones.6

NDEs and Survival of Death

Assessing the near-death experience as evidence of some kind of post-mortem survival, Greyson describes three features that can be interpreted as supporting the survival hypothesis: enhanced mentation, the experience of seeing the physical body from a different position in space, and paranormal perceptions. Greyson then describes seven published cases and seven unpublished cases in the collection held by the Division of Perceptual Sciences that contain all three. These lack a rigorous standard of reporting, but at least suggest the kind of evidence that might be convincing.7

Greyson and colleagues studied the electromagnetic after-effects that are sometimes reported to follow a near-death experience: an involuntary tendency to influence electronic devices and an extreme sensitivity to the electromagnetic environment. They investigated such effects among three groups: 216 near-death experients, 54 people who had been close to death without reporting a NDE, and 150 individuals who had never been close to death. The NDE experients reported both types of electromagnetic effects to a higher degree than either of the other two groups. It was also found that NDErs who scored higher on the Greyson Scale reported more electromagnetic after-effects.8

Sceptics suggest that near-death accounts tend to be embellished over time, as individuals are influenced by the cultural tropes they are exposed to and retrofit their original experience into a standard NDE. To test this assertion, Greyson arranged for 72 patients who had near-death experiences in the 1980s and had completed the Greyson NDE Scale, to do so for a second time.  He found that the scores changed little over two decades and that there was a tight correlation between the two scale measures (p = 0.001), affirming the validity of near death accounts.10  To help clarify this further, Greyson and colleagues subsequently developed a scale of core NDE features.11

Greyson has also investigated terminal lucidity, a paradoxical return of mental clarity and memory occurring in patients suffering from severe psychiatric and neurologic disorders, shortly before their decease.  (This phenomenon has been sporadically reported over the last few centuries, but only seriously studied in recent years). Building on previous publications12 of cases of terminal lucidity in the context of neurologic and psychiatric disorders, Greyson and Michael Nahm highlight the same phenomenon in individuals with mental disabilities. One particularly noteworthy case, meticulously recorded at the time, concerns Anna Katharina Ehmer, a 26-year-old woman with severe mental disabilities who lived in an institution and allegedly never spoke a single word throughout her entire life, but was reported to have sung songs for a half hour before she died. Despite the difficulty of authenticating such historical accounts, the phenomenon bears a striking similarity to more contemporaneous accounts, challenging the orthodox neurological model of the brain.13

Normal Functioning in the Context of Brain Abnormalities

In a 2017 paper, Greyson and colleagues examine cases in which serious brain deficiencies and abnormalities are discovered in apparently normally-functioning individuals. For example, in some people, the presence of brain dysplasia and brain lesions is not accompanied by any concomitant loss of cognitive function. The existence of such cases seems to question the seemingly well-defined role of cerebral structures thought necessary to enable cognitive functioning. In their overview, the authors cover noteworthy aspects of hydrocephalus, hemihydranencephaly, hemispherectomy, and certain abilities of ‘savants’. Taking all these phenomena into account, they suggest that the standard neurological model is challenged even if it is accepted that neuroplasticity might offer a partial explanation.14

Greyson has also carried out experimental tests of psi phenomena. In one test, he investigated the therapeutic effect of distant healing as a supplement to standard anti-depressant medication for forty depressed patients. Both the healing and control groups received standard treatment for depression; in addition, the experimental group received distance healing for six weeks from healers trained in a meditation technique. Results suggested a non-significant trend for patients in the healing group to show greater improvement than control subjects for depressive symptoms. Among the healing group, outcomes were significantly correlated with the healer ratings of the strength of the healing sessions, and also the number of sessions.15

Cook, E.W., Greyson, B., Stevenson, I. (1998). Do Any Near-Death Experiences Provide Evidence for the Survival of Human Personality after Death? Relevant Features and Illustrative Case Reports. Journal of Scientific Exploration 12, 377-406.

Greyson, B. (2007). Consistency of near-death experience accounts over two decades: Are reports embellished over time? Resuscitation 73, 407-11.