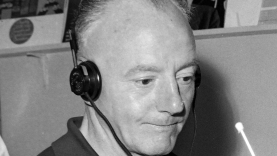 Benson Herbert (1912-91) was a parapsychologist who investigated what he believed to be the electrical origins of paranormal phenomena.

Benson Herbert was born on 16 May 1912 in Wallsend-on-Tyne, Northumberland, of Irish descent, and studied physics at Oxford University. He worked as a photographer and wrote fiction for American sci-fi magazines (Wonder Stories). Besides psychical research, he was deeply interested in archeology and mythology.

Herbert joined the Society for Psychical Research in 1931. After World War II, together with RG Medhurst, he took part in séances for physical and mental phenomena in his home in Chelsea, followed by sittings at Richmond in the 1960s.1 He is said at these sessions often to have gone into into trance and displayed mediumistic traits.2 This direct participation was viewed with suspicion by other researchers,  who were further concerned about his fraternization with self-professed ‘witches’, ufologists and students of the occult.3

Herbert left London in 1966 and moved to an isolated farmhouse in Downton, Wiltshire where he founded the Paraphysical Laboratory (Paralab). The quiet environment was more suited to his experiments into the electrical phenomena that he believed to be the source of psychokinesis, telepathy, psychotronics and suchlike.

The same year he was invited to investigate the allegedly haunted Tudor manor Sandford Orcas in Dorset with other Paralab researchers, concluding that ‘there is a prima facie case for the house being haunted’.4

In the 1970s he experimented with psychokinesis and dermal optics, testing Suzanne Padfield, who he believed possessed psychometric and astral projection capabilities. Other of his experiments were reproduced in The Legend of the Witches, a film about modern-day witchcraft.

Herbert and his SPR colleague Manfred Cassirer embraced the study of psi in Soviet east European countries. They attended a symposium on psychotronics in Prague in September 1970, and this led to further contacts with scientific researchers in Russia, Czechoslavakia and other countries in the region. Herbert was a founder-member of the International Association of Psychotronic Research founded by Zdeněk Rejdák.5 Subsequent correspondence led to his self-published Journal of Paraphysics with the aid of Cassirer and ufologist Margaret Driver.

In July 1972 and again in 1973, Herbert and Cassirer travelled to Leningrad to film psychokinetic abilities demonstrated by Ninel Kulagina.6

Reviews: Symposium by Psychotronics Research Group. Journal of the Society for Psychical Research 46, 198. 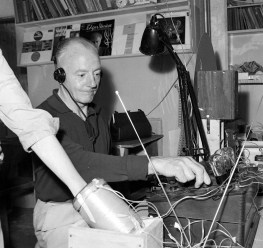