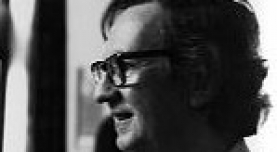 Manfred Cassirer (1920-2003) was a German-born author and researcher with wide interests in psychical research.

Manfred Cassirer was born on 12 July 1920 in Berlin, where he spent most of his childhood. His father Erich was Jewish. In 1937 he moved to England. After receiving private tuition he went to Oxford University where he took theology and oriental studies.1 His father’s interest in Egyptian antiquities led him to collect and trade ancient artefacts.

He taught history at St Chad’s School in Lichfield where one of his pupils was Bernard Carr, later a cosmologist and president of the Society for Psychical Research (SPR). Carr recalled that Cassirer ‘awakened me to the spiritual and psychical realms and to the possibility that there are realities in the world beyond the mundane physical one’.2

Cassirer joined the Society for Psychical Research in 1956 and served on the governing council from 1975 until his death. He was research officer for the Paraphysical Laboratory near Downton in Wiltshire, which was organized by Benson Herbert and Mary Driver. Together they investigated local spontaneous cases and travelled to Eastern Europe for conferences on 'psychotronics' and experiments with Russian psychics.

Cassirer published six books and many articles, and was a frequent speaker at SPR conferences. Details of his unpublished investigations can be found in the SPR archives at Cambridge University Library.

Cassirer took up the cause of Helen Duncan, a controversial Scottish materializing medium who was given a jail sentence under the eighteenth century Witchcraft Act in 1944, arguing that the prosecution witness testimony was unreliable. His 1996 book Medium on Trial is based on extensive research of trial documents and other material. The book was praised by Donald West, a SPR member who had attended the trial for ‘putting on record so much interesting material that might otherwise be forgotten, both material damaging to the Duncan reputation and material favouring a paranormal interpretation’. 3

Cassirer tackled the subject of biblical miracles in a 2003 book, Miracles of the Bible, from the perspective of psychical research and related disciplines, which had not previously been investigated at such length. Cassirer believed that ‘the prophetic books are an inexhaustible source of data potentially relevant to the paranormal sphere’, and suggested that ‘[d]reams, visions and foreknowledge are in ample supply awaiting their evaluation in terms of recent study and knowledge’. 4

Cassirer was a supporter and contributor to the British UFO Research Association (BUFORA). He believed that ufology was of major importance within psychical research and parapsychology; in his 1988 book Parapsychology and the UFO he bewailed the lack of interest shown by researchers in these fields and drew attention to correlations between UFOs and psi phenomena such as apparitions, ESP and poltergeists.5

In 1973 Cassirer investigated a serious outbreak of poltergeist-type phenomena that disrupted a garden supplies depot in Bromley, London, run by Tony Elms. Cassirer and co-investigator Pauline Runnells found no evidence of deception or hoax.  He described the case in his book The Persecution of Mr Tony Elms (1993).

Descriptions of some unpublished investigations are found in Cassirer’s 2001 book The Hidden Powers of Nature, including hauntings, poltergeists, mental mediumship and séance phenomena. Some accounts in the book were taken from his experiences with Benson Herbert on their trips to eastern Europe on behalf of Herbert’s Paraphysical Laboratory.

Another investigation (referred to as ‘The Flying Tables of Richmond’) involved spending ‘many hundreds of hours in a sustained attempt to obtain physical phenomena under acceptable conditions of control’6 under the auspices of the SPR.

Other unpublished articles and reports by Cassirer are held in the SPR archive in Cambridge.

Parapsychology and the UFO (1988). London: Self-publication.

Medium on Trial: The story of Helen Duncan and the Witchcraft Act (1996). Stansted: PN Publications.

Miracles of the Bible: The Old Testament in the Light of Psychical Research and Related Studies (2003). Pulborough: D.J. Ellis.

Correspondence: On Dr Ian Stevenson’s ‘Are poltergeists living or are they dead’? (1972). Journal of the American Society for Psychical Research 67, 216-17.

Reminiscences of Mollie Goldney (1992). Journal of the Society for Psychical Research 58, 414.

Phenomenon: From Flying Saucers to UFOs. Forty years of Facts and Research by J. Spencer and H. Evans (1989). Journal of the Society for Psychical Research 55, 296-97.

Cassirer, M. (2003). Miracles of the Bible: The Old Testament in the Light of Psychical Research and Related Studies. Pulborough: D.J. Ellis.