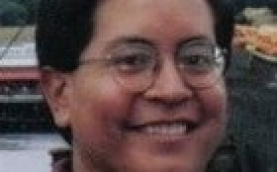 Bryan Williams is research director of the Psychical Research Foundation based in Carrollton, Texas, USA. He is the author of parapsychology monographs including Psychic Phenomena and the Brain: Exploring the Neuropsychology of Psi (2015). His research focuses on exploring field-like influences on the behaviour of random number generators.

Bryan Williams studied cognitive psychology at the University of New Mexico.In 2008, he took up a research position at the Psychical Research Foundation (PRF), which was established in 1961 with an endowment to the Duke Parapsychology Laboratory for research into the survival of consciousness question. The PRF enjoyed a productive period under the leadership of Danish-born parapsychologist William Roll, whom Williams later succeeded as research director.1

In the early twentieth century, physician Duncan MacDougall weighed terminally ill hospital patients at the moment of their decease, to try to discover a weight change indicative of a ‘soul’. He claimed to find an  average weight loss of 21 grams among six individuals, although alternative explanations such as bodily excretions are likely.2  The PRF has tried to conduct similar research with out-of-body experients under tighter conditions employing a more sensitive balancing system;3 however, it has proved hard to find experients who are able to reliably detect remote perceptual targets. 4

Research conducted at the PRF5 and elsewhere6 found EEG correlations with improved psi scoring, principally increased alpha wave expression. Following this, a pilot study was conducted in 2013 with a 64-year old psychic claimant who attempted clairvoyant and PK tests while his brain wave activity was monitored using quantitative electroencephalography (QEEG). In alignment with previous research, Williams found increased alpha activity during the more successful PK sessions, indicating that a relaxed state of mind is psi conducive,7 although substantive conclusions are discouraged owing to the limited number of test sessions, the extremely small effect sizes, and lack of opportunities to follow up with the individual concerned. 8

The PRF investigates potential poltergeist cases in the nearby area of New Mexico, continuing extensive work in this field by William Roll. The cases are evaluated according to four criteria: authenticity, psychological factors, physical factors and parapsychological aspects.9

Raymond Moody10 investigated the psychological and therapeutic effects of entering a psychomanteum – a dimly-lit enclave in which a person is asked to stare at a tilted mirror in order to elicit an altered state of consciousness. To continue this research, Williams is seeking funding to probe for physical changes in the immediate environment and explore psychological correlates.11

Williams’s analysis of eighteen years of television charity events (telephons) showed a suggestively significant downward trend in the behaviour of RNGs spread across the US, belonging to the GCP and his own RNG in Albuquerque (p = 0.049).13

Williams combined his RNG data with that of twelve US RNGs from the Global Consciousness Project for five solar eclipse events and found a suggestive but non-significant trend (after removing one null outcome).15

Williams produces high-quality material introducing readers to the rich findings of parapsychology that includes poltergeist phenomena,16 ESP and the brain,17 18 and reviewing evidence for psi in the ganzfeld.19  He actively rebuts online articles and blog posts by sceptics hostile to parapsychological research.20 21

MacDougall, D. (1907). Hypothesis concerning soul substance together with experimental evidence of the existence of such substance. American Medicine 13, 240-243.

Williams, B. J. (2011). Exploring the psychic brain: On neuroscience and psi phenomena. Australian Journal of Parapsychology 11, 154-192.