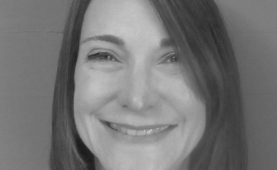 Christine Simmonds-Moore is a British psychologist and parapsychologist based at the University of West Georgia. Her research interests include the psychology of paranormal belief and disbelief and clinical approaches to exceptional experiences.

Christine Simmonds-Moore was awarded a PhD in psychology from the University of Northampton, and a postgraduate diploma in consciousness and transpersonal psychology from Liverpool John Moores University. After several years of teaching she moved to the US. Currently she is associate professor of psychology at the University of West Georgia, where she teaches parapsychology, research methods and anomalistic psychology.  Her research interest centres mainly on anomalous and exceptional experiences, focusing on the relationship between psi and schizotypy, synesthesia, and transliminality. In addition to the psi question, Simmonds-Moore is studying the relationship between mental health and anomalous experiences.

Simmonds-Moore performed a replication and extension of Michael Persinger’s ‘God Helmet’ experiment, which applies a weak patterned electromagnetic field to the temporal lobes to see if it elicits exceptional experiences such as feeling a presence. Her version investigated expectancy effects, based on a sham condition that used a dummy helmet with no magnetic stimulation.

The influence of paranormal belief on reported exceptional experiences was measured: synesthesia (blending of the senses), hyperesthesia (over-sensitivity of the senses) and prior anomalous experiences. Thirty-two psi-skeptics and 35 psi-believers completed both sham (morning), and sham (afternoon) conditions plus an additional baseline condition with no helmet at all. Believers scored higher than skeptics on reporting exceptional experiences but there was no influence of timing (morning or afternoon) on reports – countering previous findings. Synaesthetes tended to report more exceptional experiences, while people who scored high on hyperesthesia were more likely to report a general shift in consciousness.1

Latent inhibition refers to the filtering of familiar stimuli deemed irrelevant compared to novel unfamiliar stimuli. Simmonds-Moore and colleagues tested for a similar process with psi information acquisition, adapting a typical latent inhibition experiment. In a study with 80 participants a standard latent inhibition effect was obtained, but the overall psi effect was insignificant (p = 0.308). However, among those who scored highly on intrapersonal awareness – an understanding of one’s self – a significant psi effect was found (p = 0.019), suggesting that if psi operates in a similar way to latent inhibition, it does so with participants who score highly on intrapersonal awareness.

Simmonds-Moore conducted a study investigating exceptional experiences among disbelievers of the paranormal. Thirty-three strong disbelievers volunteered in a laboratory-based study designed to encourage exceptional experiences. Participants relaxed under conditions of mild sensory deprivation on three occasions. In two out of three conditions, they wore a head device – Persinger’s ‘God Helmet’ – that has been previously associated with anomalous and strange experiences.  Twenty-four participants reported an exceptional experience. Four distinct themes were identified in transcripts of their verbatim descriptions: intensified thoughts and perception-like imagery, actor-observer separation, attributions of normality, and autonomy versus control. The findings were offered as an aid to illuminate the processes underlying paranormal experiences in disbelievers.3

An established technique in psychology that encourages hallucinatory-like experiences gazing into visual noise was incorporated into a telepathy experiment. Participants listened to white noise while viewing the visual equivalent (static) on a monitor and describing their experiences. At the end of the session their reports were read back to them and they were presented with a target video, being mentally ‘sent’ by a person in a separate room, and three decoy videos. Overall scoring was insignificant; however, the verbal reports were found to be similar to those obtained in the high-scoring ganzfeld telepathy technique.4

In a second study investigating the role of noise in visual and auditory senses on ESP performance, Simmonds-Moore explored perceptual biases associated with both Type I (mistaking random noise for an effect / target) and Type II (discounting real effects/targets as random noise) errors, in addition to probing for differences in tendencies to detect a real and psi target, again between psi believers and skeptics. As expected, believers displayed a tendency towards expressing more type 1 errors than disbelievers. There were suggestive psi effects in the data (p = 0.053) but from one condition and one judge only. Contrary to previous findings, believers did not express more ESP than disbelievers.5

Psi in the Ganzfeld and Schizotypy

Simmonds-Moore explored how gender role and boundary thickness (degree of separation between a person and others) influence measures of ‘paranormal cognition’: paranormal belief, subjective paranormal experiences and performance in an ESP task. It was hypothesized that subjects with thin boundaries would score high on all aspects of paranormal cognition, with gender playing an important moderating role.

Overall psi scoring among over a hundred female participants was not significantly different from chance expectation. Neither gender role nor boundary groupings had any detectable influence on psi scoring. There were no differences between thin and thick boundary groupings in ESP performance, SPE scores or paranormal beliefs, but some types of boundaries correlated with paranormal belief and anomalous experiences. None of the interactions between gender role and boundaries attained significance. However, post-hoc analyses highlighted that the gender role difference for paranormal belief existed particularly among thin-boundaried participants. Another post-hoc analysis indicated that thick boundaries may interact with gender role on ESP scoring. 7

Simmonds-Moore and John Palmer explored the possibility that experimental subjects might psychokinetically inhibit hemolysis (destruction) of red blood cells from a nearby shielded room. Twenty spiritual healers completed two sessions each and forty non-healers completed one session each. Scores did not achieve statistical significance and there was no measurable difference between healers and non-healers. A difference was observed among non-healers: those aged under 31 tended to retard hemolysis while those over 34 tended to accelerate it. The effect in the GMF-off condition was significantly stronger for participants with 'thin' boundaries on a short form of the Hartmann Boundary Questionnaire.8

Simmonds-Moore and colleagues developed an immersive virtual reality environment as a platform to facilitate telepathy, but two studies revealed no evidence for psi. A wide variation in scoring suggests future work with virtual reality should be performed with groups with more defined characteristics.9

Simmonds-Moore is studying the principles underlying the psychomanteum, a device first used by the Greeks to summon spirits of the dead and recently replicated with a small dimly-lit space furnished with a mirror. Thirty people were recruited who had a prior ghost encounter, of whom half were synesthetes, and had baseline readings taken for EMF (electromagnetic field) output, RNG output and HRV (heart-rate variability). All participants participated in a psychomanteum session, consisting of a fifteen-minute intention session and forty-five minute mirror-gazing session.

The main findings were that

In a 2020 study, Simmonds-Moore discusses how synesthesia can inform our understanding of exceptional experiences. She shows how synesthetic processes enable the formations of syncretic representations of otherwise inaccessible information, the basis for many anomalous experiences. Such information - physically present in the external local environment, weakly present within the neural-perceptual pathway or located at a distance in terms of space and time - may be open to perception by means of the synthetic nervous system, she argues.11

Simmonds-Moore edited Exceptional Experience and Health, an anthology of academic essays on the emerging field of clinical parapsychology, helping to connect the subject with the mainstream.12

Simmonds-Moore, C.A (2010a). A review of the relationship between anomalous and paranormal experiences and boundary thinness in the mind and brain. In M. D. Smith (Ed). Anomalous Experiences: Essays from Psychological and Parapsychological Perspectives. Jefferson, NC: McFarland Press.

Simmonds-Moore, C.A. (2010c). Exploring how schizotypy and paranormal belief influence the tendency to make the Type 1 error and the detection of degraded and paranormal stimuli in random noise. Abstract: 53rd Annual Convention of the Parapsychological Association.

Simmonds-Moore, C.A. (2020). Synesthesia and the Perception of Unseen Realities. Journal of Humanistic Psychology, ﻿1-21.

Simmonds-Moore, C.A & Holt, N. (2007). Trait, state and psi: An exploration of the interaction between individual differences, state preference and psi performance in the ganzfeld and waking ESP control. Journal of the Society for Psychical Research 71, 197-215.