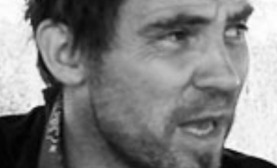 David Luke is a senior lecturer for psychology at the University of Greenwich, researching transpersonal experiences, anomalous phenomena and altered states of consciousness, particularly with regard to psychoactive substances.

David Luke obtained a first in psychology at the University of Westminster followed by a PhD from Northampton University that included parapsychological research. In 2008, he joined the department of psychology, social work and counselling at the University of Greenwich, where he is course coordinator for psychology of exceptional human experience and for the undergraduate programme.

Luke is the director of Breaking Convention, an annual conference of leading academics in psychedelic research. He edits high profile anthologies of works related to psychedelics and exceptional human experiences.1

He is the author of Otherworlds: Psychedelics and Exceptional Human Experience (2017) and co-editor of DMT Dialogues: Encounters with the Spirit Molecule (2018).

Luke’s current focus is on understanding the psychological foundations of the psychedelic experience. In one study, the effects of microdosing (ingesting tiny non-psychoactive amounts to try to improve mood and cognitive function) LSD was tested in a double-blinded placebo controlled protocol.2 The results indicated no effect on subjective measures (perception, concentration, mentation) but did increase time dilation (the perception of time stretching out) compared to placebos.

A review of studies investigating drug use and synaesthesia (the phenomenon of blending the senses, such as to ‘hear’ colours and ‘smell’ sounds) found a strong correlation with chemicals that excited the serotonin system such as LSD, psilocybin and 2C-B.3 Methodological weaknesses discouraged strong conclusions, however.

For his PhD thesis Luke studied the judging of dream ESP transcripts, finding that groups more often correctly identified targets than individuals judging alone, although not to a statistically significant level.4

In other research, a questionnaire was circulated among regular drug users who reported mystical and unusual experiences arising from particular substances: for example, ketamine with out of body experiences, marijuana with telepathy and DMT with ‘entity encounters’. No relationship was found between psi experiences (telepathy, clairvoyance and precognition) and drug type, possibly because this was obscured by high level drug use among the subjects.6

A four-year study investigated the possible influence of local geomagnetic field fluctuations and meditation experience on psi performance among 26 experienced meditators at the Samye Ling Tibetan Centre in Scotland. Overall performance for males’ psi scores were significantly negative (p = .02); females scored at chance. No relationship was found with meditation experience. The participants with the highest temporal lobe activity (as estimated by a questionnaire) showed the strongest geomagnetic/psi relationship (p = .06). The disappointing results were thought to relate to untypically low solar and geomagnetic activity during the study period, the lowest in a century. 8

Luke and associates carried out a series of successful experiments exploring Stanford’s psi-mediated instrumental response (PMIR) model, which proposes that psi is an evolutionarily adaptive function serving the needs of the organism at an unconscious level. They gave subjecs an automated precognition task, some being asked afterwards to carry out either a further, unpleasant or pleasant, task. The findings tended to support the PMIR model. Overall precognition scoring across these experiments was highly significant (p = 0.001). Additionally, there was a strong overall correlation between psi scoring and sheep-goat effect (p = 0.0013).9

Sense of Being Stared At

With PhD student Ross Friday, Luke has investigated the ability of volunteers to consciously and unconsciously detect when they are being viewed by a person at a remote location through CCTV.  More than 200 participants took part in 4000 trials in rigorously controlled lab tests, confirming results obtained by biologist Rupert Sheldrake a decade earlier. Here, subjects could not guess consciously when they were being observed, but their physiology (skin conductance) showed clear and consistent changes during the stare trials. Behavioural measures (performance on a Stroop reaction speed task) slowed when they were being covertly watched. The effects were replicated in ‘listening’ trials, although to a lesser degree, where the sound the subjects were making was relayed at random times to distant observers. The most powerful effects occurred when both CCTV images and sound were relayed. Luke and Friday have repeated this experiment and the results are broadly in favour of the original effect.10

Luke has coined the term ‘psychedelomancy’, meaning to use psychedelics to improve psi ability. In a broad series of investigations a number of different psychedelics have been examined.11

Testing indigenous tribes in Ecuador for precognition, Luke found the Ayuhuasca, which contains the active ingredient DMT (dimethyltryptamine), was ineffective at increasing scores above the pre-dosage baseline. He speculates this might be because the artificial nature of the experiment  (for example, the use of a laptop to generate targets) caused anxiety among the tribesmen.

Luke repeated the experiment using San Pedro Cactus, but found difficulty recruiting twenty volunteers, so acted as the sole subject, recording his mentation before a target was randomly selected and presented together with three decoys. After 20 trials the overall scoring was significant (p = 0.032) including some striking hits.

In an LSD (lysergic acid diethylamide) study involving academics, Luke obtained precognition scoring significantly below chance. He speculated that sceptical attitudes prevalent in that group might have caused them to miss more targets than chance would predict.

Luke is following up these investigations with a field study in the UK using psychonauts under the influence of DMT, during which time they will undertake a precognition tests. Interim results are expected by end of 2019.

Luke, D. and Morin, S. (2014). Exploration of the validity and utility of a reward contingency in a non-intentional forced-choice precognition task. Journal of the Society for Psychical Research 78, 207-218.

Roney-Dougal, S, M., Ryan, A., and Luke, D. (2013). The relationship between local geomagnetic activity, meditation and psi. Part I: Literature review and theoretical model. Journal of the Society for Psychical Research 77, 72-88. https://core.ac.uk/download/pdf/82957732.pdf