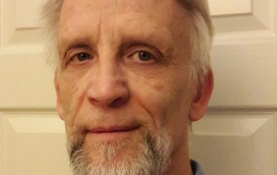 Göran Brusewitz is a Swedish researcher who has studied anomalous connections between twins. He is author of Conscious Connections (2010), a book linking parapsychology with holistic biology.

Göran Brusewitz was awarded a PhD for his extensive explorations of twin telepathy conducted over a ten year period. His thesis, titled ‘Attachment and Exceptional Experiences Among Twins', was supervised by David Luke at the University of Greenwich.  Brusewitz has also researched the effect of remote emotion on receiver skin conductance, and has surveyed the evidence for psi phenomena.

Brusewitz has been president of the Swedish SPR since 1987. He acted as local host for the PA Convention 2006 in Stockholm and as program chair for the Euro-SSE Convention 2016 in Stockholm. He has regularly visited annual PA and SPR conferences, and has invited distinguished researchers in the field from Europe and the US to lectures and seminars in Stockholm.

Brusewitz argues that to gain scientific acceptance for a psi effect, it helps to seek correlations with findings that are well supported in conventional psychology. For this reason, he chose in his PhD research to investigate telepathy in the context of attachment theory, an established element of  developmental psychology, exploring the level of bonding between participant pairs.

Brusewitz developed an experimental program involving English twins in collaboration with TwinsUK, a registry of adult twins based at the Department of Twin Research and Genetic Epidemiology, King's College, London. He carried out three studies with 14 pairs of twins in May 2014 and in April and October 2015, the first at the University of Greenwich and the other two at the College for Psychic Studies in London. One twin, the ‘receiver’, was connected to equipment for measuring electrodermal activity (EDA); the other twin, the ‘transmitter’, was placed in a distant room to avoid any possibility of ordinary contact. The transmitter twin was then exposed to a surprise on five occasions (trials), each chosen randomly at moments within a thirty-second window period.  These consisted of such stimuli as having a hand thrust in a bucket of ice-water, a burst balloon, or a loud bang. A hit was achieved if the EDA equipment detected when the distant twin was subjected to a surprise, and was taken to be support for telepathy. Eighteen hits were achieved in 91 trials where mean chance expectancy was 11.4 (p = 0.043), which is statistically significant.1

An internet survey of anomalous distant connection experienced by twins was made in November 2017 in collaboration with King’s College, which sent out individual emails to all 5060 twins in their registry, with personal links to the survey.2  More than 2,000 twins participated, a high response rate of 41%. The survey contained two questionnaires on attachment, one that measured the degree of avoidance and a person’s degree of anxiety, and one that measured attachment based on Bowlby's attachment theory on four scales: proximity maintenance, separation distress, safe haven and secure base. The survey asked two additional questions, one about twin telepathy experiences, the other about anomalous experiences with other people. Exceptional experiences were defined as telepathy-like experiences; synchronous physiological response to illness, injury or accident; and feeling remotely the pain of the other twin, accident or mental state.

Brusewitz attempted3 for his master thesis (at the University of Stockholm) to replicate earlier research by Ramakers, Stevens and Morris4 exploring the effect of remote emotion on receiver skin conductance (EDA) between separated and shielded pairs of individuals.  A series of 20 pictures (ten of highly negative emotional nature such as death scenes and accidents, and ten control blanks) were shown to the sender on a computer screen. Brusewitz hypothesized that there would be significantly more variance in the receiver’s skin conductance when the sender was exposed to negative arousing pictures than to the blank screens. However, results were well within chance.  Brusewitz recommended that future replications allocate more prior relaxation time for the receiver than the one minute given in this study.

A book titled Conscious Connections: About Parapsychology and Holistic Biology was published in 2010, an extended version of Brusewitz’s PhD thesis including chapters on biomagnetism, biofields and holistic biology.5  The book, with a foreword by American parapsychologist Stanley Krippner, covers near-death experiences, quantum physics in biological processes, past life memories and other phenomena suggesting an afterlife. In the biology chapter, Brusewitz discusses: dowsing along the psi-track, research indicating the presence of electrical systems in the body needed to control development of biological organisms (with reference to the work of Björn Nordenström and Robert O Becker), the role of the heart (Rollin McCraty, Victor Inyushin), and an acupuncture meridian system. Krippner writes that an attempt to connect these two fields is unique in his experience.

With Adrian Parker, Brusewitz discusses the enormous but mostly unrecognized evidential base in support of psi phenomena. Brusewitz and Parker are careful to avoid claiming proof of paranormal phenomena but make a strong case that mainstream academia should take them seriously. They note that the effects are neither marginal nor nonreplicable, although they appear to be dependent on certain experimenters and participants. The article includes classical studies, meta-analyses of replication studies, the testing of high scoring subjects, and proof-orientated experiments, and critical appraisal of this work.6

Brusewitz, G. (2005). The Effect of Remote Emotion on Receiver Skin Conductance: A Failure to Confirm.

Brusewitz, G., Parker, A., Cherkas, L. (2010). Exceptional experiences amongst twins: A preliminary investigation. Proceedings of the 34th International Conference of the Society for Psychical Research.

Brusewitz, G., Parker, A., Cherkas, L. (2011). Exceptional experiences amongst twins: A further investigation. Proceedings of the 35th International Conference of the Society for Psychical Research.

Brusewitz, G., Parker, A., Luke, D., Friday, R., Puhle, A. (2016). An Exploratory study of physiological connectedness among twins in relation to attachment. Proceedings of the joint 35th annual meeting of the Society for Scientific Exploration and 59th annual convention of the Parapsychological Association. Boulder, Colorado.