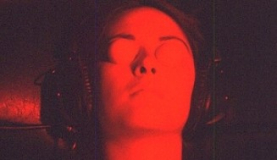 American psychologists Edward Delgado-Romero and George Howard carried out controversial ganzfeld telepathy experiments in 2005, with a view to correcting ‘flawed’ parapsychological findings. Their methods and arguments have been criticized by parapsychologists.

Edward Delgado-Romero is a professor in the department of counseling and human development services at the College of Education of the University of Georgia.1 George S Howard is a professor emeritus at the University of Notre Dame, whose research centres around improving research methodology in several applied areas of psychology.2  In a 2005 paper published in the journal Humanistic Psychology, they described attempts to replicate findings in psychology domains which they considered unlikely to be true. One of these was experimental telepathy research using the ganzfeld method.

Delgado-Romero and Howard criticize a ‘glaring’ problem with much psychology research, which they attribute to publication bias (the ‘file-drawer’ effect), that is, a preference for reporting significant rather than non-significant findings.3  They propose that misleading meta-analyses in various domains can be checked by conducting new studies and accepting all results, regardless of whether they achieve statistical significance.

The authors state that their three new studies of implementation intentions gave results close to the meta-analysis of the research literature, which in their view confirmed its significant findings. By contrast, three new studies of the effects of remote intercessory prayer yielded a null result, disconfirming the significant effect found in the research literature. Similarly, three studies failed to replicate the so-called Mozart effect, the claim that participants in an experiment score more highly on an IQ test after listening to a Mozart sonata than a control group.

The authors then turn to ganzfeld experiments that claim to show that some people have telepathic powers, with subjects in a dissociated state attempting to identify a target picture or video clip from a pool of four. They note two positive meta-analyses, by Bem and Honorton (1994) and Storm and Ertel (2001) that found a 32% and 31% hit rate respectively, where 25% is the chance mean, and also a negative meta-analysis by Wiseman and Milton that found a (non-significant) 27% hit rate.

In three initial ganzfeld experiments, 45% of participants chose the correct target in the first, 40% in the second and 20% in the third, a total of 35%, which they note was higher than the two positive meta-analyses. Five further studies yielded results of 30%, 30%, 20%, 35% and 40%. The total of eight experiments obtained an overall hit rate of 32%, in close agreement with the positive meta-analyses. They also note that when these results are added to the data in Milton and Wiseman’s negative meta-analysis its significance figure is raised ‘precariously close to demonstrating humans do have psychic powers’.4

The authors state that they were ‘comfortable’ with their negative conclusions regarding the research literatures of intercessory prayer and the Mozart effect (that is, that these were flawed), but that they were ‘still very uncomfortable’ with the conclusion that ‘some humans possess psychic powers’ even though that is suggested by their own data and the data of many others. So they decided on supplementary research with a new protocol. They note that, ‘according to psychic theory, if one member of the pair is psychic (P) but the other is not (n) there will be no transmission of information. Only PP pairs can successfully send and receive messages.’5 Calculating on this basis, they argue that the ganzfeld is methodologically much less powerful than was hitherto supposed and came up with a way of addressing this.

To increase the number of ‘psychic’ pairs, in the final four trials they selected 13 pairs of participants who had previously identified the target correctly and were willing to continue. For a pair to score significantly above chance required identifying the correct target three or four times across all four trials. However, none did. One pair got two correct; five had one correct and seven had no correct responses. The authors conclude:

These are enormously disappointing data for individuals who believe humans possess psychic powers – especially because the sample had undergone a selection procedure to increase thepercentage of Ps in the sample. Due to this last data set, we do not believe that humans possess telepathic powers. Further, the approximately 32% correct figure obtained in an enormous number of psi studies remains perplexing. Perhaps this 7% phenomenon is comparable to Meehl’s (1978) “crud factor,” which suggests that everything is correlated with everything else to a small degree. Meehl cited this as evidence that a null hypothesis is never literally true. Or, perhaps it simply reflects our  enduring  preference  for  significant  results  over  studies  that  obtain  non-significant findings.6

In conclusion, the authors recommend this methodology as a ‘a promising technique for sorting adequate research literatures  (i.e., implementation  intentions) from the more problematic research literatures (i.e., remote intercessory prayer, the Mozart effect, telepathy).’ They go on to recommend a switch from frequentist to Bayesean statistics calculated from prior probabilities.

Parapsychologists contested the claims by Delgardo-Romero and Howard in letters to the journal.

Explaining away results by suggesting they are crud is not very scientific. Nor is it good practice to devise a second experiment with a different design, because the research team is “very uncomfortable” with the consistent conclusion of their own six studies that “some humans possess psychic powers,” a finding that is consistent with meta-analysis of the research on this subject and the large body of studies in peer-reviewed literature.7

Hastings also pointed out that the ganzfeld technique does not test solely for telepathy and is only one of many experimental designs for ESP. He suggested that the article showed little familiarity with research in the field, noting that the term ‘psychic powers’ used by the authors is loaded with semantic assumptions, and hence is rarely used in scientific discussions.

Dutch psychologists Dick Bierman and Eva Lobach also wrote to the journal.8 Considering that ‘the last and most comprehensive meta-analysis based on 79 Ganzfeld studies reported an average and highly statistically significant hit rate of 31% (Storm & Ertel, 2001)’, they say they are not surprised that the 32% hit rate reported by Delgado-Romero and Howard is around that figure. They also maintain that the question of file-drawer effects has been closely examined by parapsychologists and found to be ‘negligible’.

They criticize the the authors’ ‘psychic theory’ as based on the ‘mental radio’ idea of signal transmission, which parapsychologists reject. They point out that such studies can be influenced by the experimenters’ own expectations on the outcome (the 'experimenter effect'), noting that in this case the 13% hit rate obtained in the final study, which produced only 7 hits in 52 trials, was well below the chance mean, a statistically significant result in a negative direction.   They further point out that their experiment, having been redesigned halfway through, does not attempt to replicate the original research and therefore does not count as an evaluation of the literature.

They also ask why the authors discontinued their replication attempt of intercessory prayer after three studies, having got the result they expected, but carried out new trials of the telepathy experiment having got positive results – an inconsistency they say reveals an ‘implicit prejudice’. They agree with the authors’ recommendation to use Bayesean statistics, as this would make the presence of such bias clear.

With regard to the authors' claims of publication bias, Dean Radin, chief scientist at the Institute of Noetic Sciences, pointed out that the field of parapsychology adopted an official policy of opposing the reporting of selective outcomes in 1975. He further argued that the field is too small for unsuccessful studies to be concealed: a survey carried out in 1980 by Susan Blackmore, a psi sceptic, found that selective reporting is 'not a major contributor' to the overall reporting of positive results.9 He added that 'analyses of potential filedrawer biases in later meta-analyses of this literature have repeatedly confirmed that filedrawer effects cannot plausibly explain the observed significant results.'10 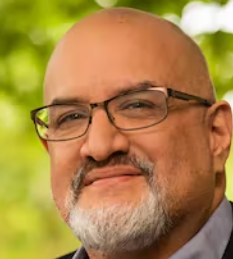