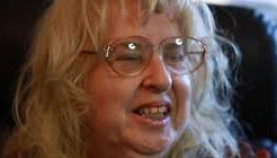 Elizabeth A Rauscher (1937-2019) was an American physicist with an interest in altered states of consciousness, who explored links between Eastern philosophy and quantum physics.

Elizabeth Rauscher attended the University of California, Berkeley for her Masters and PhD. Her doctorate was awarded in 1978 for work on ‘coupled channel alpha decay theory for even and odd-mass light and heavy nuclei’. She then took up appointments at the Lawrence Berkeley National Laboratory, NASA, and the Stanford Research Institute. She was a professor of physics and general science at John F. Kennedy University from 1978 to 1984 and a research consultant to NASA from 1983 to 1985. Her last appointment was professor in the department of physics at the University of Nevada, Reno from 1990 to 1998.

Rauscher’s work was described in David Kaiser’s book How the Hippies Saved Physics (2011).1  In addition to her mainstream scientific research, Rauscher helped develop the Fundamental Fysiks Group, a collaboration with scientists engaging in speculative research.

Rauscher was interested in exploring altered states of consciousness and developing links between Eastern philosophy and quantum physics. Her contributions to parapsychology involve developing a theory of multidimensional geometry to explain remote viewing experiences.  She was part of the initiation of the Psychotronics Association,2  a group of academics seeking to unify metaphysics and physics.

In a report published in 1984 Rauscher describes four individual and three group efforts to effect macroscopic changes in targets using psychokinesis. Experiments were conducted between 1974 and 1981, with novice participants and targets such as laboratory-grown crystals of potassium dichromate and aluminum strips. Participants were asked to cause large-scale changes in both handled and distantly located samples using psychokinesis. Rauscher describes a ‘smooth, ropelike “melted” fracture’ in targets treated at a distance and locally, whereas control samples that were bent and broken by metallurgists – at equivalent places as the PK samples – revealed only rough-edged fractures, as expected.

Further crystallographic analyses revealed a possible mechanism for PK operating on defects, causing a return to ordered structures. This ordering effect mirrors that found in random number generator (RNG) PK research and might indicate an underlying principle to both micro and macro-PK.

From these experiments, Rauscher also concluded that PK appears to be trainable in a population claiming no special abilities.3

In a paper published in 2001, Rauscher with parapsychologist Russell Targ describe the evidence for remote viewing collected since the mid-1970s. Remote viewing ability is not attenuated by electromagnetic shielding or distance between target and viewer, and precognitive viewings can be as successful as those performed in real time.4 Such temporal and spatial independence is described in modern physics as nonlocal. Rauscher and Targ present an eight-dimensional geometrical model of space-time that has received extensive appraisal in mathematics and physics. This metric is known as ‘complex Minkowski space’ which allows for objects distant in three-dimensional space to share the same position in eight-dimensional space. Rauscher and Targ propose a model that incorporates this metric that is capable of describing the major findings of experimental parapsychology.5

In an experiment published in 1991, Rauscher working with Beverly Rubik, tested the ability of healer Olga Worrall to influence the activity of bacteria. Three studies were completed in Olga was asked to send ‘healing’ intention to bacteria, which were exposed to the antibiotic chloramphenicol. Compared to the controls, the ‘healed’ bacteria displayed greater motility and survived for a longer duration (p = 0.001).6