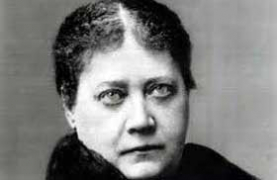 The first major investigation carried out by the Society for Psychical Research was an enquiry into claims of séance-type phenomena by the recently founded Theosophical Society, especially those relating to its charismatic co-founder Helena Blavatsky.  The principal investigator was Richard Hodgson, a young Cambridge graduate, who travelled to India for the purpose. Hodgson’s report, published on his return in 1885, concluded that the claims were fraudulent and that Blavatsky was an impostor.  This tarnished the reputation of Blavatsky and the Theosophical Society – although not fatally, as they continued to flourish. Early criticisms of the Hodgson Report as biased and misleading have received some support in more recent times.

The Theosophical Society (TS) was founded in New York in 1875 with Henry Olcott as president and Helena Blavatsky as secretary. The pair travelled to India in late 1878, and after a stay in Bombay settled at Adyar, Madras. The objectives of the TS varied over time, and included occult development and the study of comparative religion. Psychic phenomena such as bilocation and apports were reported to have occurred in relation to Blavatsky and other founders.1

The Society for Psychical Research was founded in London in 1882, and there was some overlap between the senior membership of both organisations. CC Massey, a SPR co-founder, was the first president of the TS. Frederic Myers, another SPR co-founder, was elected a Fellow of the TS in June 1883. William Crookes, an eminent scientist who had carried out high-profile investigations of physical mediums such as DD Home, joined the TS in the same year and remained until his death.

A visit to London by Olcott and Blavatsky in  April 1884 aroused intense public interest. In a paper published in the SPR Journal that year,2 Olcott described instances of the Mahatmas – the ‘great souls’ said to be guiding the TS – appearing in ‘astral form’, and of phenomena such as apports. Keen to investigate these claims as part of its study of physical mediumship, SPR president Henry Sidgwick commissioned Richard Hodgson, a former pupil of his at Trinity College, Cambridge, to travel to the Theosophical headquarters at Adyar, India, in order to gather further witness testimony. Hodgson also engaged experts to examine the authenticity of certain letters supposedly written by Blavatsky to her housekeeper in India, Mme Coulomb, implicating them both in the fraudulent creation of ‘astral forms’, ‘apports’ and ‘messages from the Mahatmas’.3 The investigative committee included other leading SPR members, who among other things gathered oral testimony in England.

In the final report Hodgson reviewed and generally accepted the claims in the letters, identifying Blavatsky as the author of bogus phenomena.4 Having concluded that all other supposed phenomena were fraudulent, and the Mahatmas fictitious, Hodgson considered the motives of  the principal Theosophists, finally suggesting that Blavatsky herself was seeking to further Russian interests. 5

The Hodgson Report set important precedents in its use of oral evidence, investigating agent and expert advisers, and in its general thoroughness. The investigation attracted publicity, and although officially it carried only the authority of its authors, it was often stated elsewhere that the SPR had exposed as fraudulent both the Theosophical phenomena and Blavatsky herself. Forceful protests were made by senior TS members who had known Blavatsky and believed she was the focus for real phenomena, but these had little impact outside the TS. Writing in 1926, Blavatsky’s last private secretary, GRS Mead, concluded: ‘HP Blavatsky was undoubtedly a powerful medium’.6

Soon after the report’s publication Blavatsky left India, but eventually she resumed her public work and by the time of her death in London in 1891 the TS was again flourishing. Hodgson responded to an attack on his findings by Annie Besant, a well-known atheist socialist who had converted to Theosophy, and to other criticisms,7 continuing to regard the entirety of the claimed phenomena as fraudulent.

In 1895, Blavatsky’s colleague Henry Olcott, acquitted by Hodgson of fraud but regarded by him as an unreliable witness, published the first volume of a memoir Old Diary Leaves, in which he sought to understand his deceased colleague, attempting to head off an emerging devotional cult around her.  Some of Blavatsky’s admirers criticised his comments, which they regarded as disparaging of her.

During the 1950s, Walter Carrithers, an American defender of Blavatsky, pressed the SPR for any archival material on the case, and some was eventually microfilmed and sent to him. It was found that mention of a bell sound that Blavatsky had allegedly produced paranormally for the 1884 investigating committee was cut at the proof stage. Carrithers wrote a response to the Hodgson report under the pseudonym Adlai Waterman.8

Robert Thouless, reviewing this response in 1968, was not persuaded, but noted:

Richard Hodgson has sometimes been regarded as a perfect psychical researcher, and his report on phenomena connected with Theosophy as a model of what a report in psychical research should be. I do not myself share this opinion. Certainly this report shows some of Hodgson's merits as investigator. The investigation showed painstaking care, and the report presents a powerfully argued case. It seems, however, to lack the impartiality sometimes claimed for it. He may, as he says, have been favourable to occultism and to the claims of Mme Blavatsky when the investigation was started (p. 218) but, by the time he wrote the Report, his hostility to Mme Blavatsky and his contempt for the ‘native’ and other witnesses on her side are apparent. This hostility reaches its climax in the irrelevant and apparently unfounded suggestion that Mme Blavatsky was a Russian political agent (314-17). It was, I think, characteristic of Hodgson that he decided early in an investigation what was the truth of the matter and then tended to present the evidence in a way which supported that truth, tending to over-emphasise the part of the evidence favourable to his conclusion and to under-emphasise the part of the evidence which made difficulties for it. His conclusions may well have been right, but his tendency to over-state his case makes him vulnerable to criticism. 9

In 1986 Dr Vernon Harrison, a senior SPR member and expert in photography and handwriting, published a powerful critique of the handwriting evidence in the Hodgson report. Having examined in the British Library all the Mahatma Letters received by Sinnett and Hume – and the handwriting of Blavatsky in the many letters also there – he found three distinct hands, concluding that the two main Mahatmas and Blavatsky were separate personalities. He seriously criticised the procedure used by Hodgson to assess the Coulomb letters (which unfortunately have not survived), and the way he deployed his expert handwriting advice. (Harrison joined the Theosophical Society in 1998, and was not a member at the time of writing – as erroneously stated in his Journal obituary.)10

In 1994 Paul Johnson, an American scholar, published The Masters Revealed, an examination of the political context of the Theosophical Society, which had been formed at a time of Hindu, Sikh and Muslim unrest. He suggested that the Tibetan location of Blavatsky’s teachers was actually a disguise for Kashmiri and other nationalists.  However other evidence indicates that Blavatsky did have inside knowledge of Tibetan Buddhism.11

By this time another document had come to light, quoted by Maria Carlson in her 1993 book No Religion Higher than Truth: A History of the Theosophical Movement in Russia 1875-1922. This was an 1872 letter of application by Madame Blavatsky to the Russian authorities, seeking employment as a spy.12 It appears her application was unsuccessful.

Carlson, M. (1993). No Religion Higher than Truth: A History of the Theosophical Movement in Russia 1875-1922. Princeton University Press.

Hodgson, R. et al. (1885). Report of the committee appointed to investigate phenomena connected with the Theosophical Society. Proceedings of the Society for Psychical Research  3, 201-400.

Stack, J.H. (1884). On contemporary evidence as to phantasms of the living in India, Journal of the Society for Psychical Research 1, 72-76. 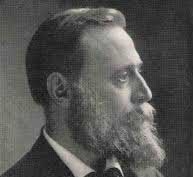 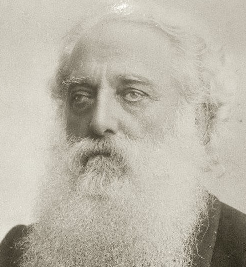